"I'LL HAVE A BLACK RUSSIAN" 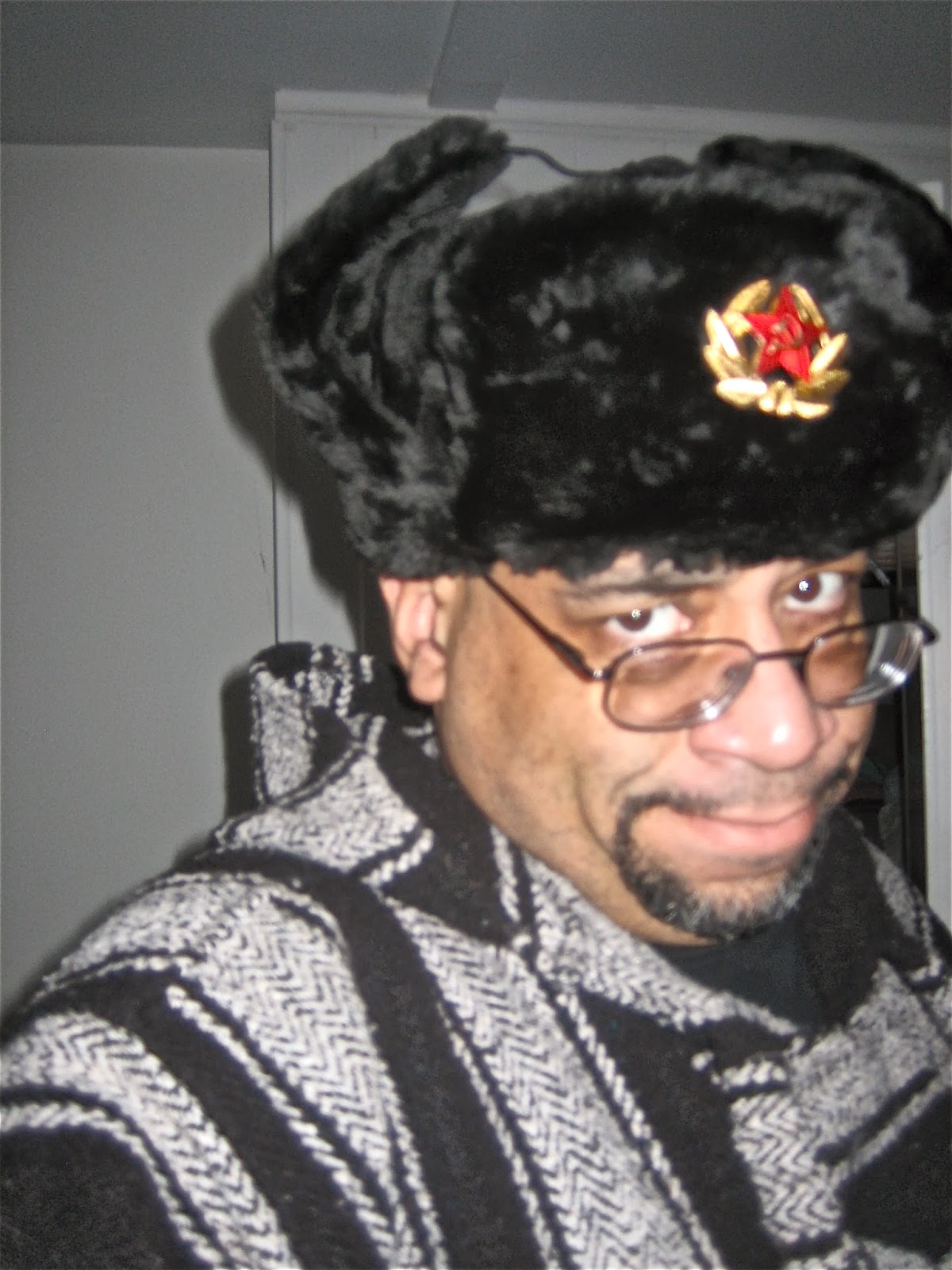 Little did I suspect that a Christmas gift would make me a target for the public's ire.

This past Christmas I received a Soviet military hat from my mom, an item that I loved because it fit my head perfectly and it looked great, what with its old school military iconography and such. I'd been wearing it in this cold-assed weather and it doesn't let a bit of the chill reach my head, so I was quite pleased. However, now that the Sochi Olympics are underway, people have been stopping me on the street to grill me about why I would wear such an item. To tell the truth, I honestly didn't think of it as anything other than an excellent winter hat, but just yesterday I was accosted on three separate occasions. The first time was when I stopped at a 7-11 in Manhattan for a bottle water and the Indian clerk stopped me to ask if I knew what I was wearing. I told him "yes," and then he asked if I knew it was a communist item, to which I also responded in the affirmative. (Note: I am not a communist.) He then asked me where I got it and I told him it was a Christmas gift from my mother, after which he requested to take my picture. (If you see my image being used for some sort of online protest, it was not my idea.)

Then, as I was making my way home on the subway, a panhandler with an accordion entered the car, saw my hat and asked if it was a Russian hat, to which I answered in the affirmative while thinking, "Motherfucker, you're at least sixty, so if you don't know what it is by now..." He looked appalled and asked me "Do you WANT to be Russian?" I responded with "No, I want to be WARM." The man then began playing a tune on his accordion and when he got off the train two stops later, one of the passengers, a guy who was very drunk for before 6pm, stared at me with undisguised hatred and stated (in a slurring Staten Island accent), "I fuckin' hate Russians! What they do to people over there... You like it so much, I hope you go there...FUCKER!!!" He then staggered off the train and nearly took a header as he left.

When I got home, I took the hammer & sickle ornament that came attached to the hat off and relegated it to one of my shelves for the time being. At no point did I ever consider that I was wearing something that would so set off random people, and, frankly, I'd rather avoid such confrontations altogether, so I'll have to find something else to adorn the hat in question. Just goes to show you how oblivious I can be sometimes.
Posted by Bunche (pop culture ronin) at Sunday, February 09, 2014

Those are some bizarre misadventures you had from a simple hat. Didn't any of these miscreants see the Seinfeld russkie rat-hat episode? C'mon people! Is there a Superman Red Son badge available? That would surely confuse 'em proper.