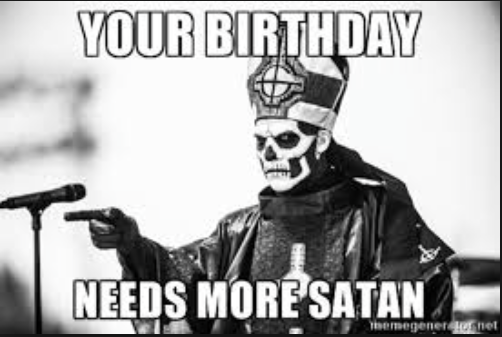 Another year has passed and this year's anniversary of my eviction from my mother's uterus saw me turning 52 years of age. It fell during the week, so no crazed debauchery since most of my friends have work, but my soul mate, the one and only Suzi, dragged me out for dinner at one of her favorite restaurants, Palo Santo, on the night before I actually the the big five-two. 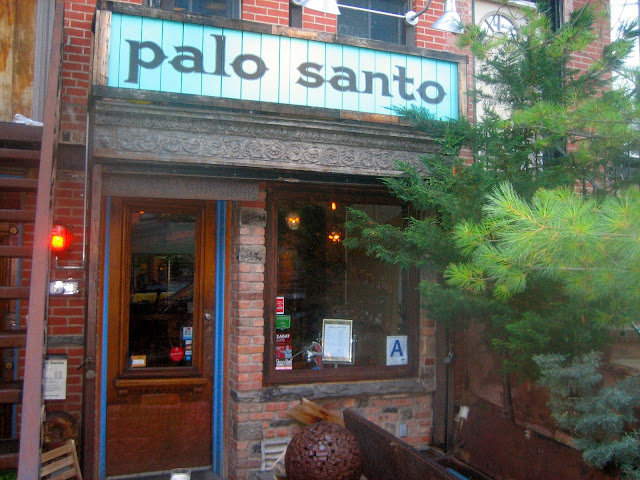 The eatery where this year's birthday festivities began. It's located on the block around the corner from me and boasts a delicious menu that changes daily. 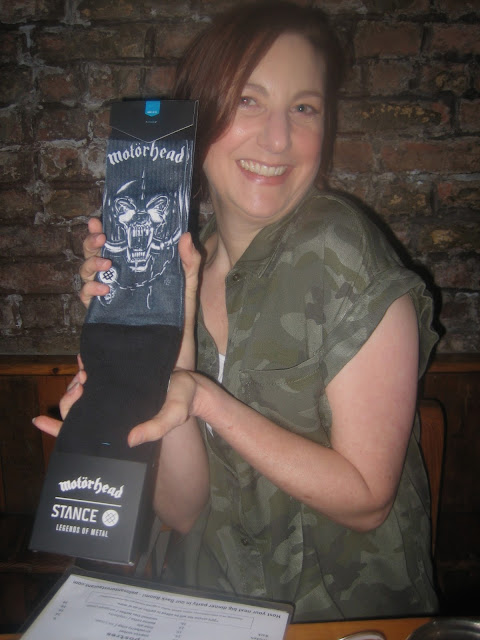 Suzi shows off the Motorhead sox she got me for my birthday. Does she know me, or what? 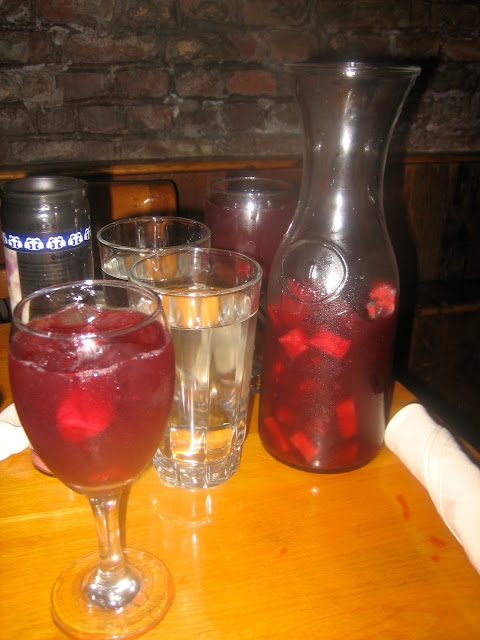 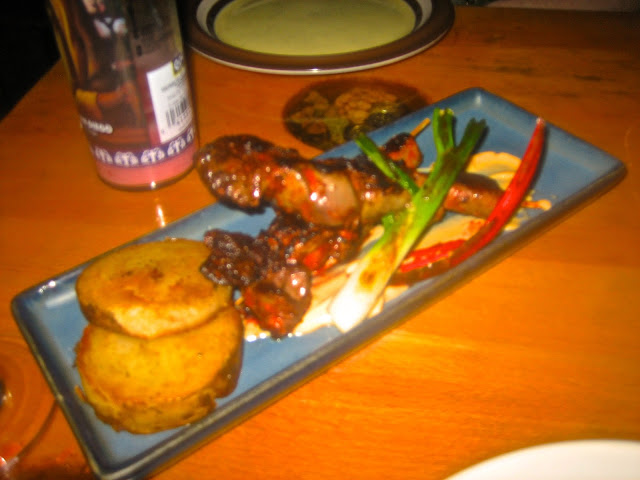 Anticuchos appetizer, aka beef heart. It was good, but its taste and texture were very much akin to very tender liver. 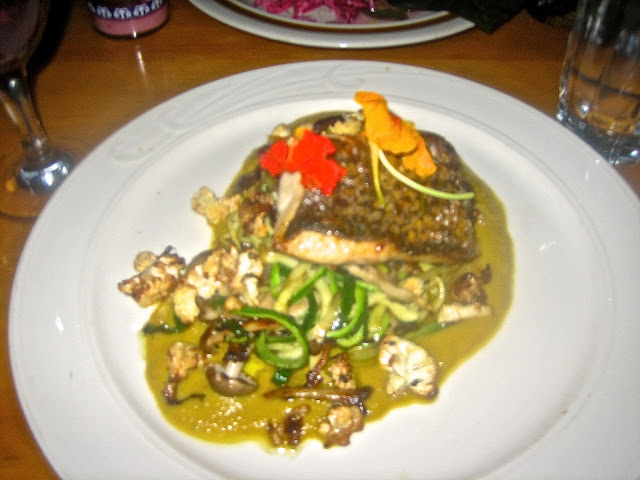 My meal: strped bass with mole sauce and assorted veggies. 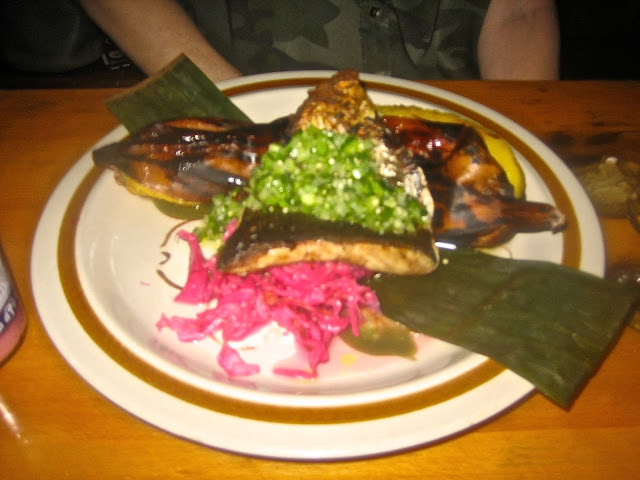 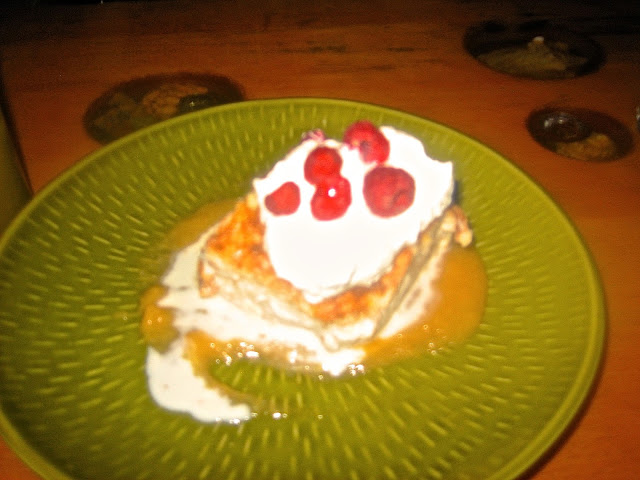 The incredible tres leches cake. Words cannot describe its deliciousness, and I'm not even a dessert guy! 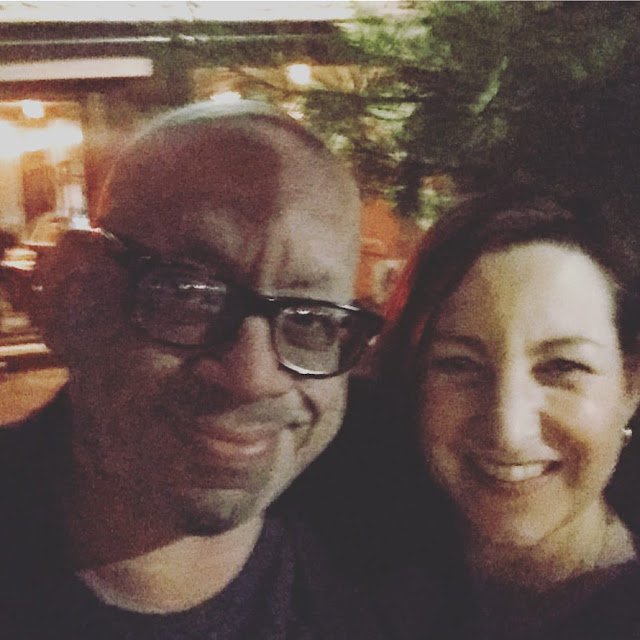 With Suzi. She's simply the best, and if she didn't have to fly to Philly the next day for work, we probably would have closed the place and ended up smashed on several carafes of quality sangria.

Then the 27th dawned and my actual fifty-second birthday began in earnest. Not very eventful since everybody else was at regular jobs, so I just ran some errands and bought some new sturdy sandals for summer wear. But of you thought the day would pass without some form of celebration on my part, you would be quite mistaken. Though my friend Jessica wanted to take me out for dinner, I took a raincheck on that because I had resolved to spend tonight's meal all by my lonesome in contemplation of me getting that much closer to the inevitability of the permanent dirt-nap. I found myself in the mood for some quality Chinese, so that's what I got. 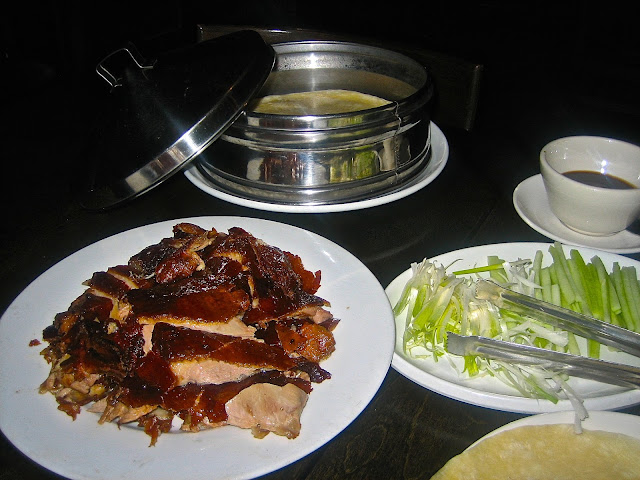 My solo birthday meal. Since I'm not "getting any" this go-around, I figured I'd indulge in a delicious repast of Peking duck at Park Slope's only genuine and genuinely superb Chinese sit-down restaurant, Hunan Delight. I didn't have to share with anybody, so I gorged shamelessly but left enough for tomorrow's breakfast.

And since it has been my policy in recent years to drag my birthday doings out for sometimes as long as two weeks, the adventuring and good times will only continue, so STAY TUNED, dear Vaulties! 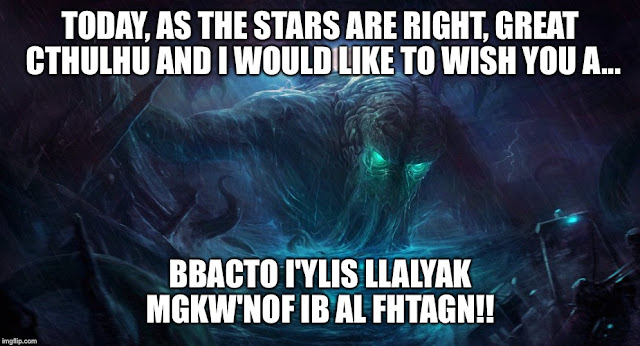 Belated, but Happy Birthday to you Sir Bunche! I hope this year brings you much happiness and good health!