A MOMENT OF "PURE IMAGINATION" 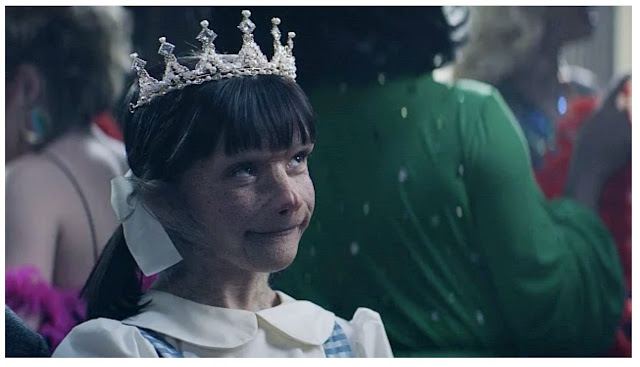 You never know where you'll find much-needed emotional release. To say that I have been incredibly wound-up of late would be a massive understatement, and tonight while finally watching last week's episode of DOOM PATROL — "Sex Patrol" — my emotional guard was unexpectedly fully let down, and the floodgates opened.

During an impromptu party to restore the broken Danny the Brick to his full glory as Danny the Street, Dorothy lets loose with a sweet rendition of "Pure Imagination" that, especially considering who it's coming from, was heartfelt and poignant. So much so that I found myself singing along with her as happy tears streamed down my face.


As a possible side-effect of the drug that dilated the arteries in my heart at the hospital the other day, I suffered with hiccups that would only briefly subside, so I got no sleep last night and spent the majority of going "hic" and having no appetite. I was going to hit the local urgent care in the morning and ask for a prescription for Gabapentin, the drug they gave me to reset my Vagus nerve when this happened a couple of years ago, but after "Pure Imagination" I felt better and my hiccups ceased.
Let's see if that state holds for the night (at the very least).
Posted by Bunche (pop culture ronin) at Wednesday, July 08, 2020