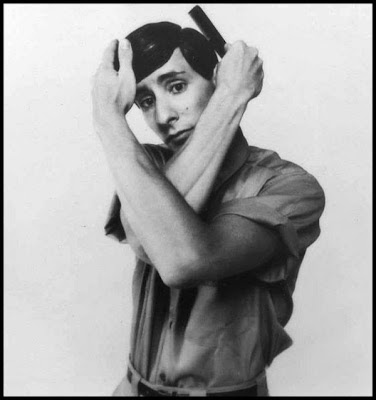 Alan Myers, the "human metronome" drummer of Devo from 1976-1986, has perished after what was reportedly a long battle with cancer. It's no secret that Devo is my all-time favorite band, so this news saddens me immensely.

Alan's work on the band's first three albums was both seminal and highly influential, providing the signature quirky and seemingly mechanical "dork rock" beat to numerous ruminations on the questionable state of the human condition. His replacement, David Kendrick of Sparks, is certainly no slouch — in fact, he's REALLY fucking good — but Alan was a true original and his loss is significant. If all you know of his work with Devo is the indelible '80's hit "Whip It," you owe it to yourself to give Q: ARE WE NOT MEN? A: WE ARE DEVO! (1978), DUTY NOW FOR THE FUTURE (1979) and FREEDOM OF CHOICE (1980) a serious spin. At turns both subtle and flat-out badassed with his beats, Alan was nothing short of incredible and his like will probably never come again.

Though the song "I'd Cry If You Died" came after his time with Devo, its title sums up how I feel right now. There will be much playing of Alan's work today here in the Vault, by way of an impromptu and very appreciative wake to a man whose band was one of the key factors in my surviving a miserable and turbulent adolescence, so I had better get started.

Rest well, Alan. You have my eternal gratitude and I hope your reward in the next plane is considerable.


Just a taste of the Myers touch.
Posted by Bunche (pop culture ronin) at Wednesday, June 26, 2013