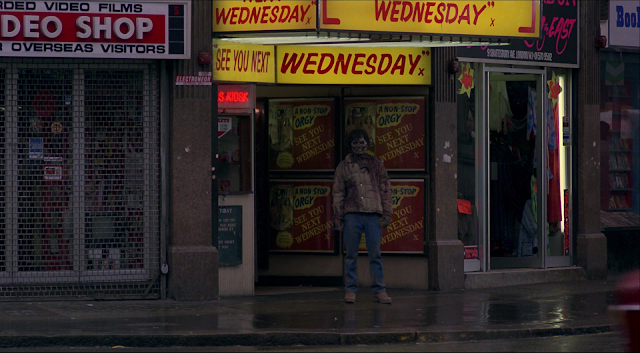 When it came out in 1981, I saw AN AMERICAN WEREWOLF IN LONDON three nights in a row in the theater, and my love for the film has only grown in the succeeding decades. It's a heartfelt and sometimes tonally-jarring fusion of comedy and outright horror that formed the second half of that year's one-two knockout punch of instant-classic werewolf movies (the other being THE HOWLING). It was a landmark of practical special effects and boasts a full-body, agonizing transformation scene that made my eight-yearold niece Aurora cry when she saw it. (Not because it was simply scary, but because it looked so fucking painful.) And over the years, the film also inspired the eventual unleashing of my alter-ego, lycanthropic man-about-town and bon vivant Bunchewolf, and on the night of this year's July 4th celebrations, Bunchewolf and a number of friends ventured for to Brooklyn's branch of the legendary Alamo Drafthouse movie shrine to see a rare 35mm print of AN AMERICAN WEREWOLF IN LONDON. As one of only a tiny handful of legitimate classics chronicling the lycanthropic experience, respect had to be paid. 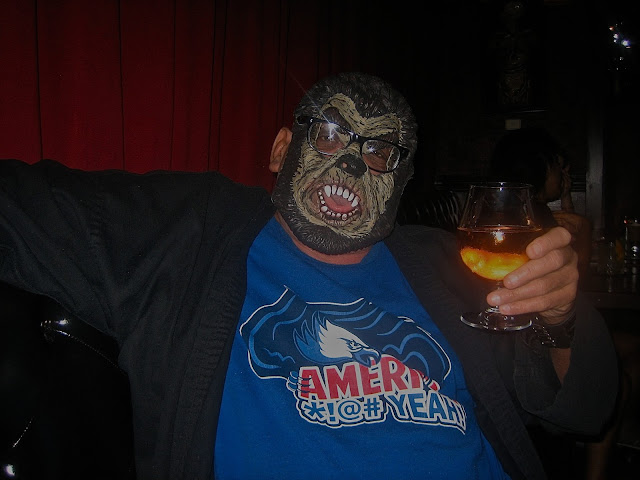 Bunchewolf, enjoying a hard cider before the screening of AN AMERICAN WEREWOLF IN LONDON. It would be the first time he'd seen the film projected in over thirty years. 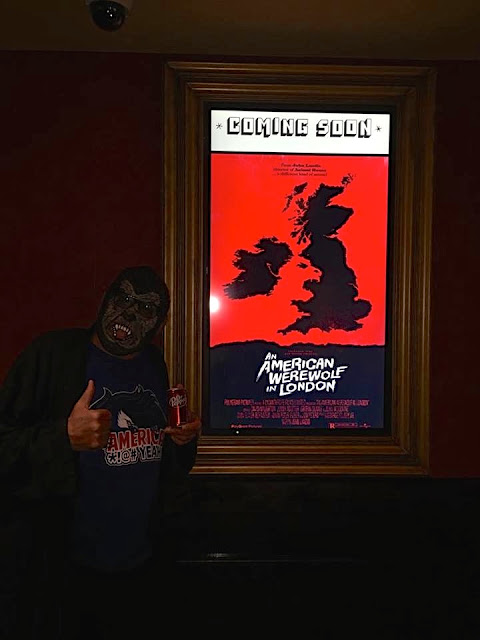 Representing for all Lycanthrope-Americans (and Peppers). 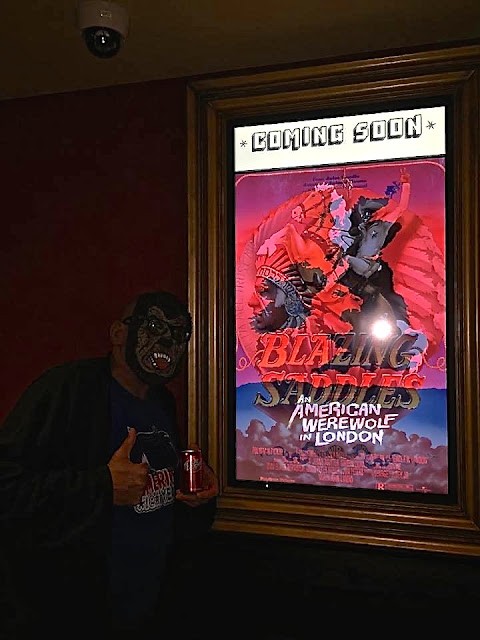 When the poster shapeshifted, it became BLAZING AMERICAN WEREWOLF IN LONDON, a film in which Bunchewolf would have been quite please to star in. 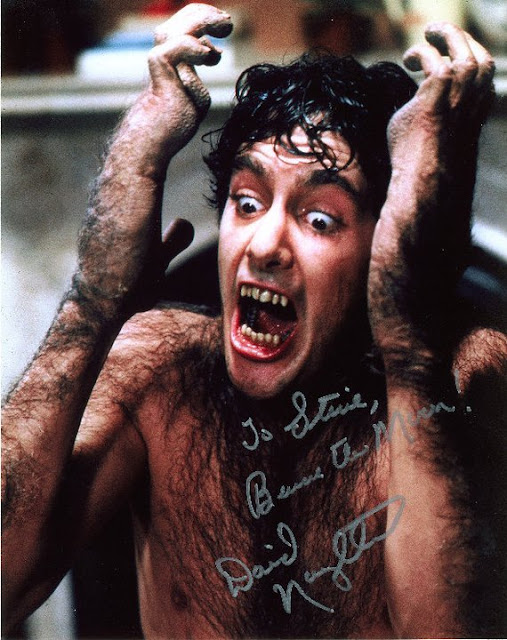 Bunchewolf snagged this for me when he met the star of AN AMERICAN WEREWOLF IN LONDON, David Naughton.
Posted by Bunche (pop culture ronin) at Wednesday, July 05, 2017

Oh, man... wish I had gone to this screening! The only time I ever saw that flick was circa 1984 when a 16mm print was shown at the SUNY Purchase film series. I do remember the bone-breaking painfulness of the transformation scenes.