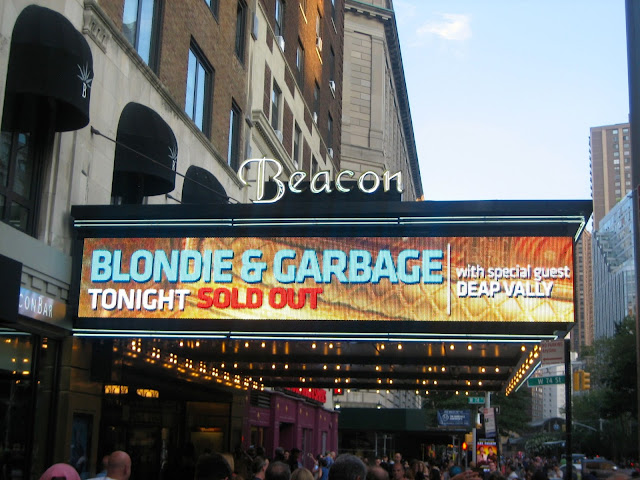 From the "Missed It By That Much..." department:
Last night an old friend brought me along to the Beacon theater to see Blondie in concert, with a backstage pass kindly provided by her girlfriend. As Blondie has been one of my Top Five favorite bands of all time, I jumped at the opportunity, hopeful to have an audience with Debbie Harry during the after-party and obtain proof of that momentous occasion via a photo.
The opening bands were the two-woman (and barefoot) Deap Vally, who were quite good, and co-headliners Garbage, a band I never cottoned to, but I have to admit that they kicked ass as a live act and have forced me to reconsider my previous negative opinion of them. (I would definitely see them perform again, and no one is more surprised by that statement than me.) Then Blondie took the stage, with Debbie Harry Chris Stein, and Clem Burke being the only remaining original members, and they proved in no uncertain terms why they gained their iconic status. 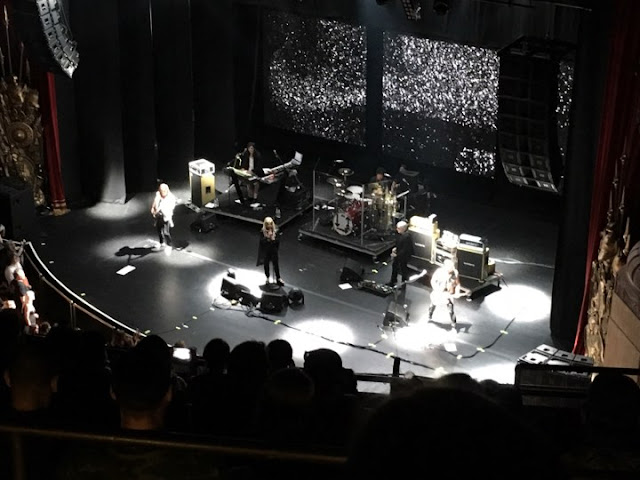 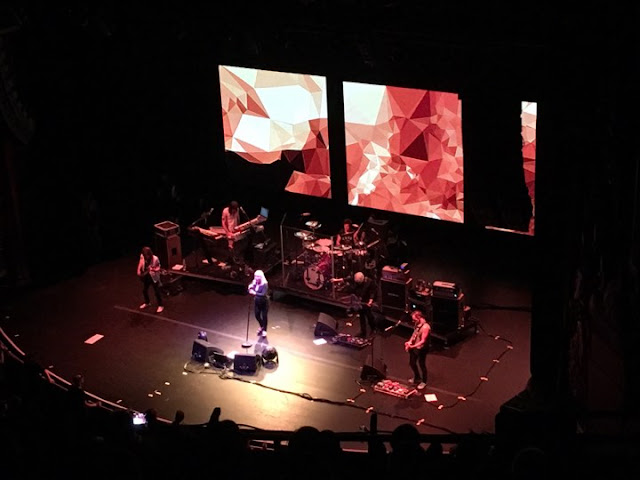 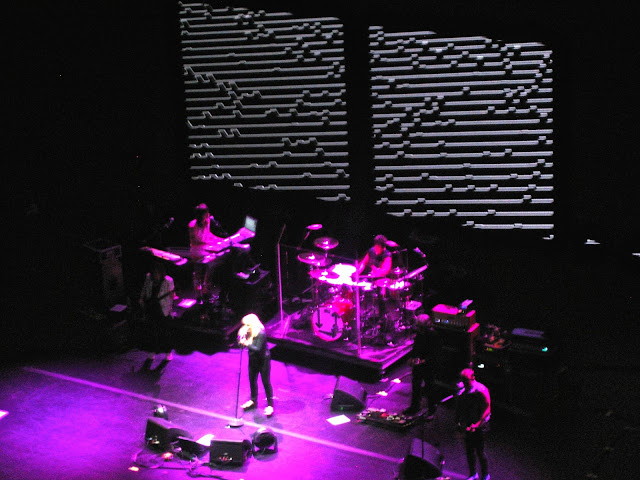 The venue requires the music to end by 11PM, so Blondie only played for a little over an hour but they made every minute count. They performed a mix of new and classic material, closing with an encore consisting of "Dreaming" and "The Tide is High" as performed with live marching band accompaniment that came from out of nowhere as Debbie ruled the stage in an outrageous faux-fur coat. 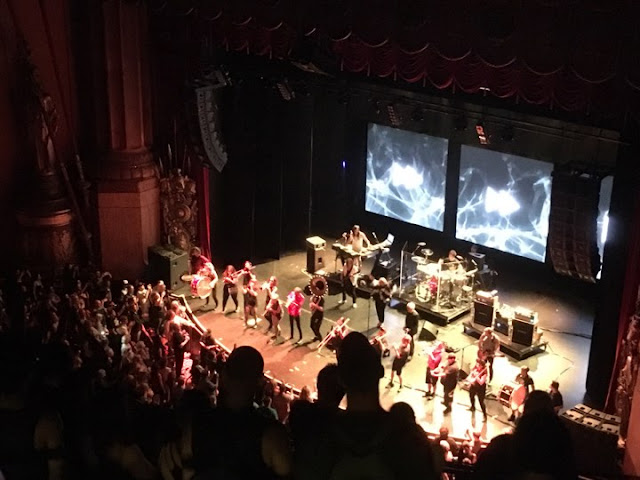 (photo by Anne Lowrie)
My friends and I made it down into the bowels of the theater for the after-party and carefully plotted how we'd make our move for the hoped-for photo-op, and eventually an exhausted-looking Chris Stein — Blondie's guitarist and co-founder — arrived to meet and greet. I managed to briefly chat with him and thank him for all the years of superb music, and he could not have been more gracious. Drummer Clem Burke soon followed but was immediately surrounded by what were apparently old friends as he downed a glass of red wine, so I let him be and returned to the stakeout for Debbie Harry with my friends.
Just before midnight, Debbie Harry herself finally arrived and immediately beset by fans and well-wishers. Looking quite beat after putting on a hell of a show — everyone cut her a shitload of slack, as she's 72 and still brings her A-game — she was quite cordial as she signed autographs and posed for a few pictures, so my friends and I kept strategically adjusting our position, getting ever closer to La Harry as the throng thinned a bit.
But then her management cut off the crowd's access and hustled Debbie away to a waiting limo, and my friends and I followed close at her heels, determined to do our best to snag a photo, but it was to no avail. We watched sadly as our exhausted queen boarded her carriage to be whisked away into the NYC night, but we were happy to have been within literal distance to have shaken her hand. 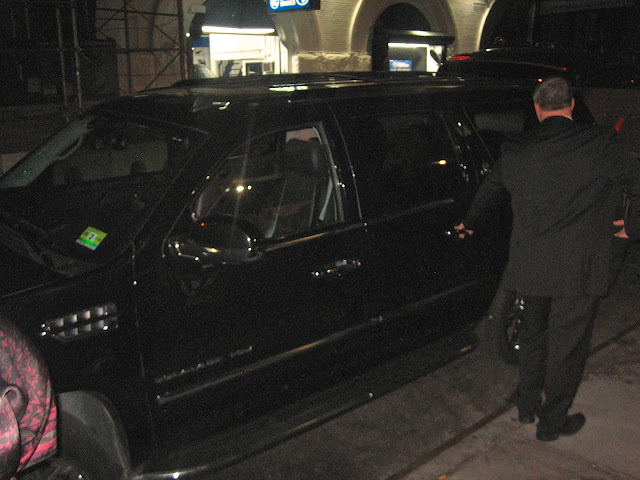 Sure, we were somewhat disappointed, but we all had a great time and came out of it with bitchin' and very durable backstage pass stickers for souvenirs. (I re-attached mine to the bits that one peels off to expose the sticky bits, and it now resides in my album of memories, along with the show's ticket.) 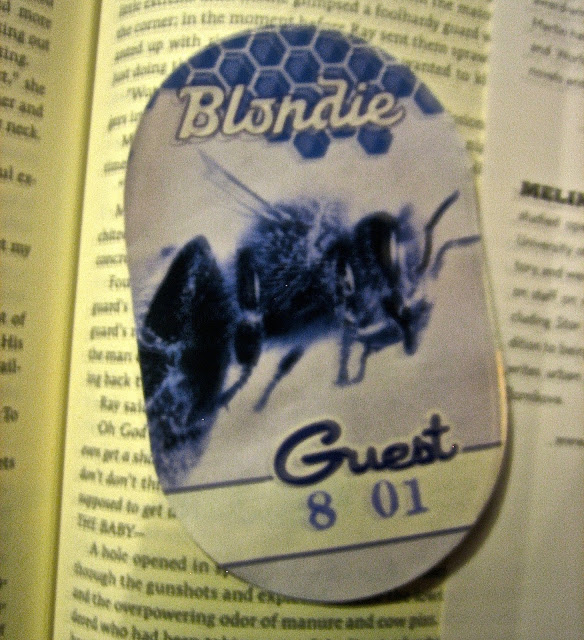