EFFED-UP ALBUM COVER OF THE WEEK 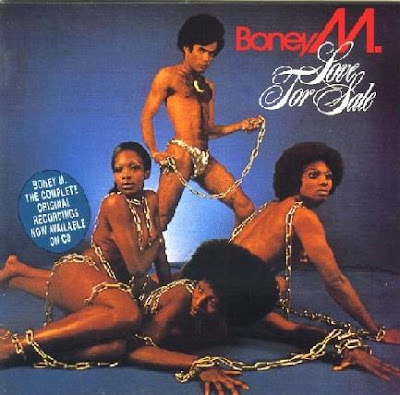 Concrete proof that disco is bad for you. It's shit like this that led me to proudly display my "I Hate Disco" poster on my wall for several years during that dark period in American history, and if you'd ever heard Boney M you would be right there with me. The only thing worse than American disco was the unmitigated horror of Euro disco, and Boney M were among the worst offenders on that front, right up there with the odious Cerrone (of "Supernature" infamy).
Posted by Bunche (pop culture ronin) at Saturday, October 10, 2009