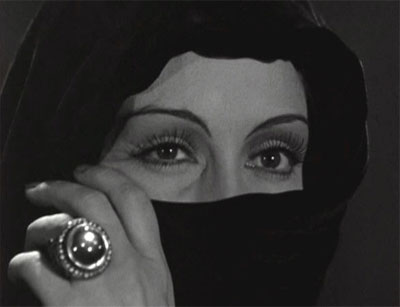 Following the death of Count Dracula at the end of his 1931 film, his daughter, Countess Marya Zaleska (Gloria Holden), steals and burns his corpse in hope that its destruction will free her from his influence and the curse of vampirism. No such luck, unfortunately, so she resorts to modern psycho therapy for a cure. Falling for her therapist (Otto Kruger), who is himself attempting to clear Professor Van Helsing (Edward Van Sloan) of supposedly murdering Dracula — one cannot "murder" the undead, but try convincing the authorities of that when they are confronted with a fresh corpse with a stake driven through its heart — the Countess resigns herself to her fate and kidnaps her therapist's quasi-girlfriend (Marguerite Churchill) in order to convince him to trade his own life so he'll become the Couutess' undead consort.

A lesser effort in the Universal horror cycle, DRACULA'S DAUGHTER is often ignored because it's really a character study of a reluctant monster and her genuinely sad and lonely existence. I didn't dig it when I saw it as a kid because I was too young to relate to the Countess' plight, but once I was older I got what it was going for and now embrace it as a quiet, melancholy look at an outsider's attempt at fixing her inexorable fate and trying to make a futile connection. There's even a lesbian subtext that totally went over my head when I was a child, and though predatory, the Countess' lesbian moves are marked with a desperation born out of her crushing loneliness.

Not for all tastes, DRACULA'S DAUGHTER offers little by way of shocks but its personal story is a feast of characterization. Give it a shot. 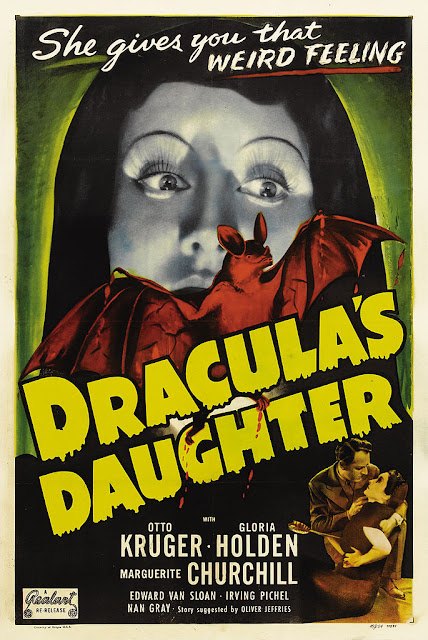