Yes, dear Vaulties, it's that time again! The city's biggest comics/media convention, held over four days at the Jacob Javits Center, and my favorite large-scale annual geeky event, and though I usually write lengthy liner notes for those who are not fellow geeks, this time I got maybe an hour of sleep on the night before it all kicked off, so I'm too tired to go into full detail. Therefore, here are the choices shots from Day 1, which was relatively sedate affair, as seen from my vantage point at Russ Braun's table and on the main floor upstairs. It's Friday and Saturday that will be the vortex of full-tilt crowds and insanity that make this event the hottest ticket in town. 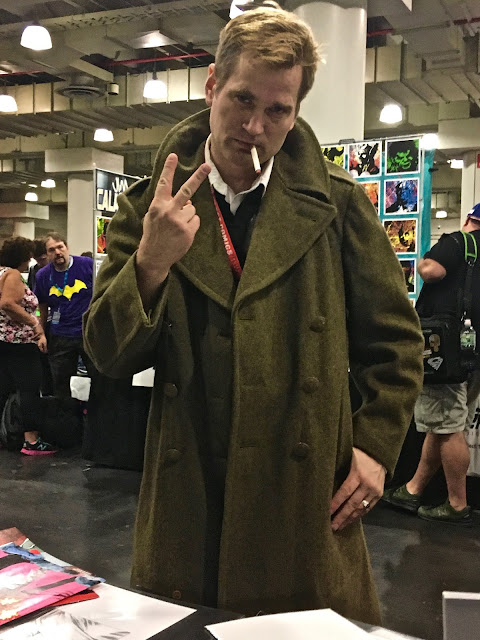 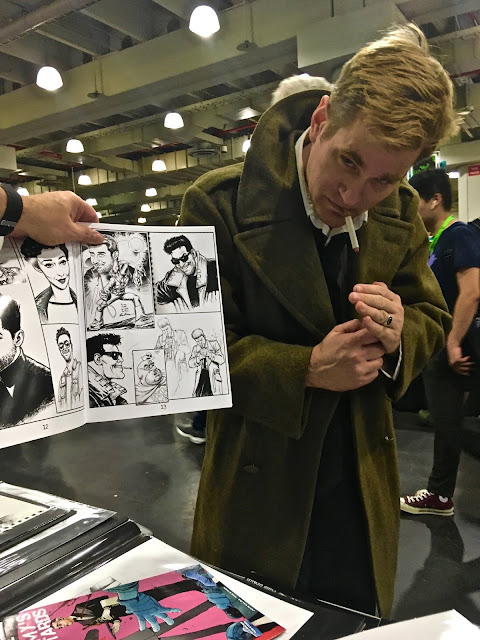 Posing with Russ's illustration of the character. 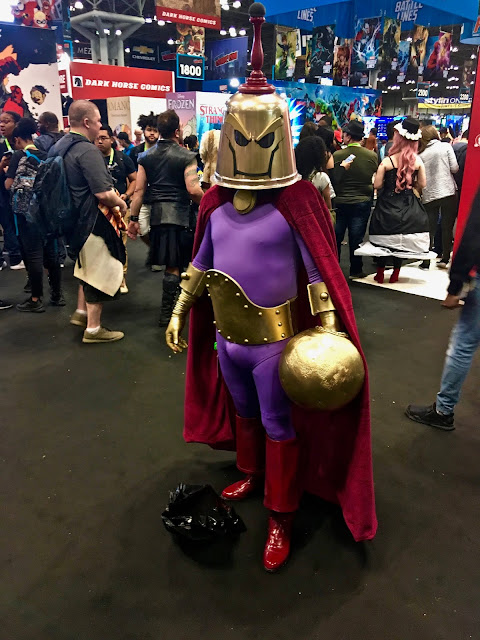 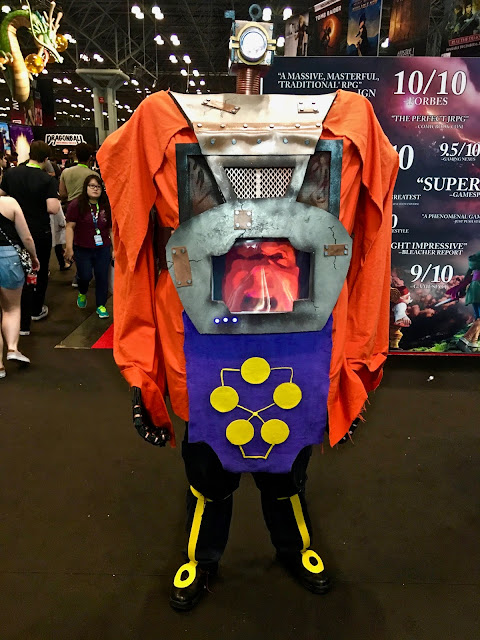 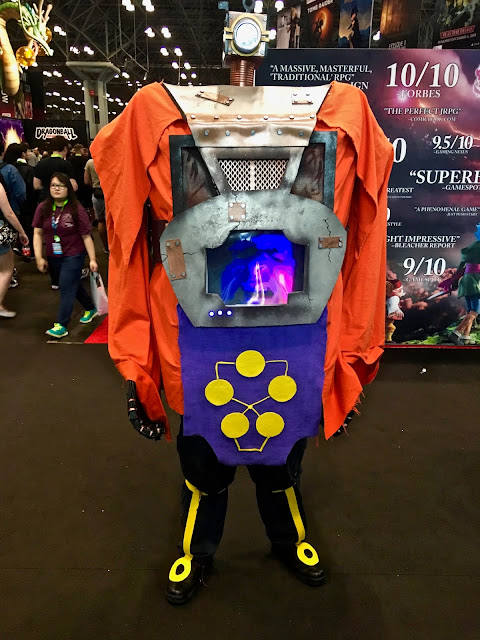 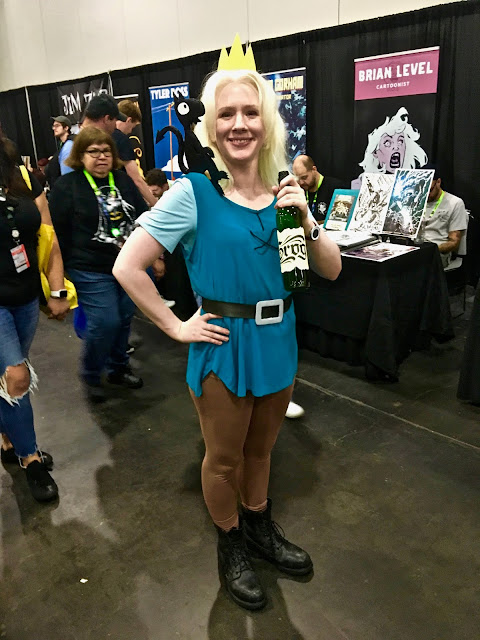 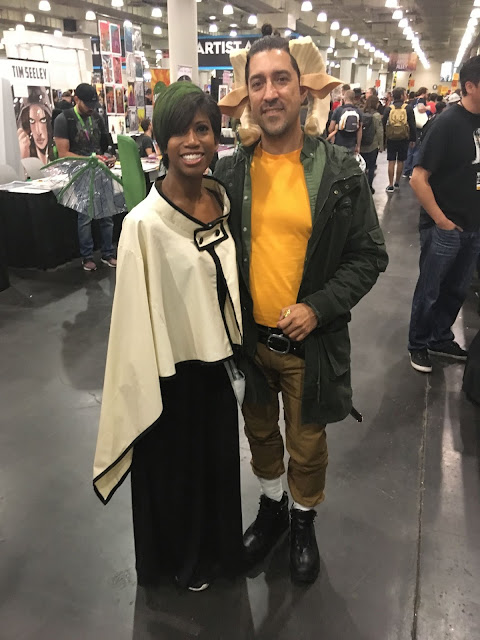 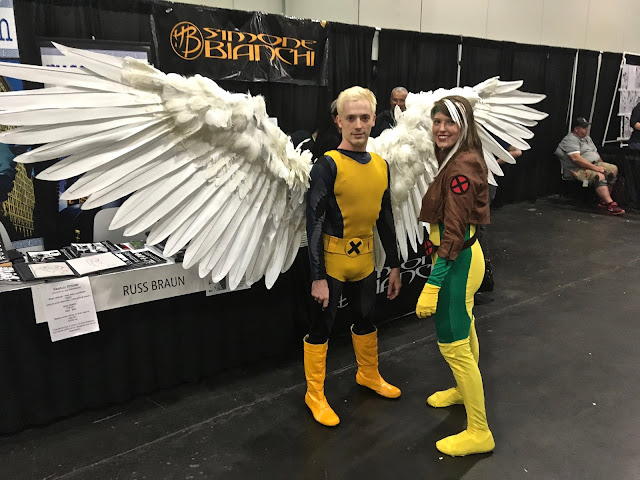 The X-Men's Angel and Rogue. 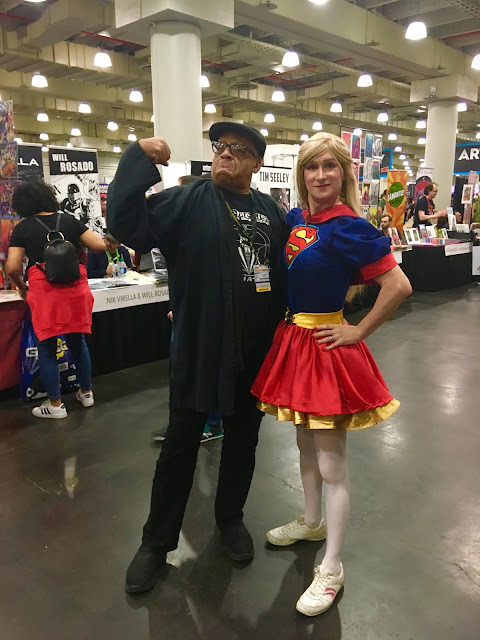 With my buddy Charles, who once again knocked it out the park in one of his homemade outfits. 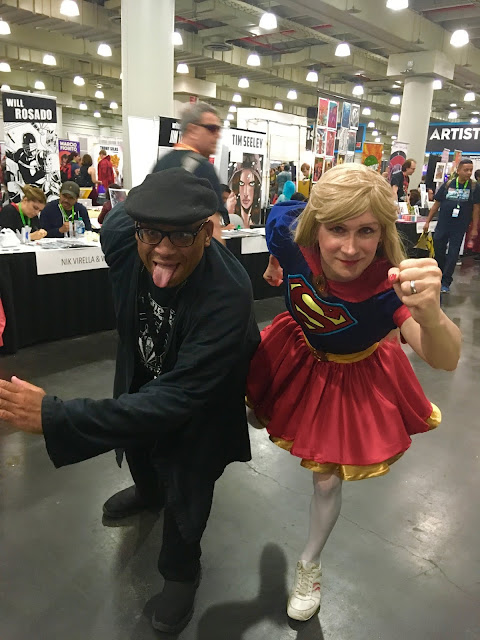 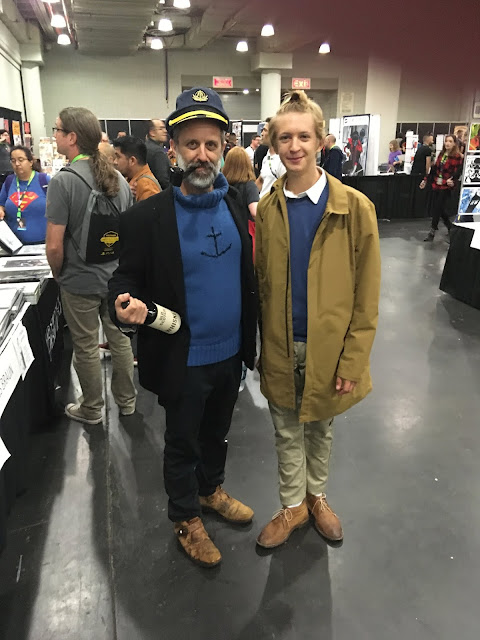 Captain Haddock and Tintin. At the convention... 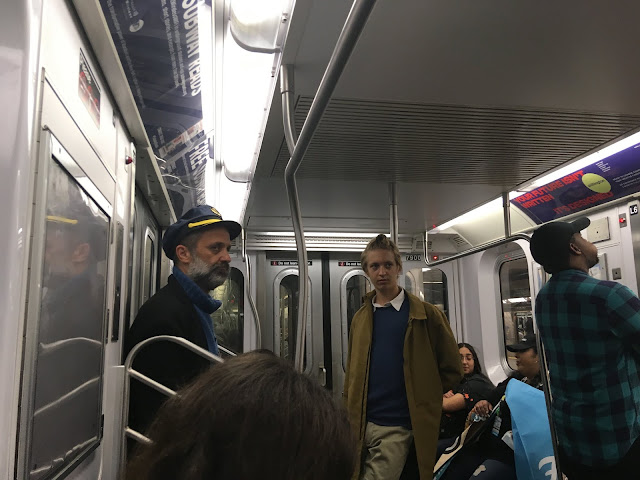 TO BE CONTINUED WITH DAY 2.