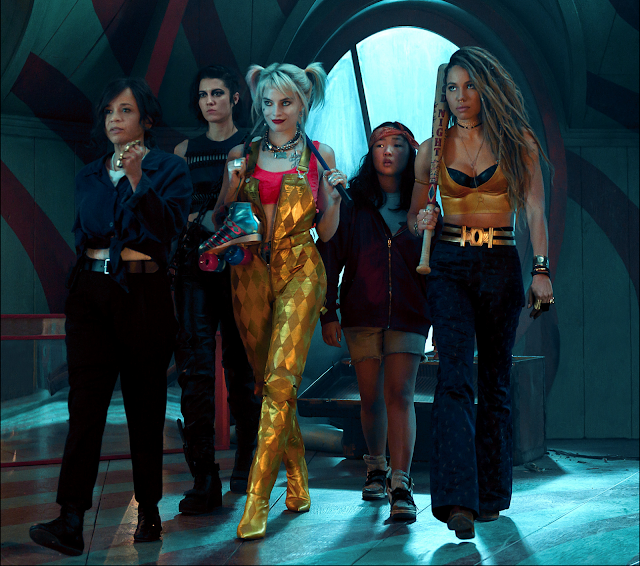 The return of Harley Quinn, and this time she's got a posse.

Four years after the cinematic debacle that was SUICIDE SQUAD (2016), finally fed up with being the Joker's physical and emotional punching bag, loony psychiatrist/gymnast/super-villain Harley Quinn (Margot Robbie) breaks up with the Clown Prince of Crime and once that fact is made public and she is no longer under his homicidal protection, everyone she ever wronged in Gotham City comes out of the woodwork to exact savage vengeance. Along with staying ahead of the legion of people who want to kill her, a distraught Harley is tasked by vicious mob boss Black Mask (Ewan McGregor) with finding a young pickpocket (Ella Jay Basco) who stole a diamond encrypted with the codes to unlock a long-lost mafia fortune. With only a few hours in which to accomplish her mission, Harley must navigate a maelstrom of underworld mayhem, and along the way she gains allies in hardened veteran Gotham City detective Renee Montoya (Rosie Perez), mob princess turned crossbow-wielding assassin the Huntress (Mary Elizabeth Winstead), and nightclubs singer with a hidden superhuman attribute, the Black Canary (Jurnee Smollett-Bell). Much fighting, shooting, and out-of-control mayhem ensues.

After purposefully avoiding it for just over a year, I finally sat through BIRDS OF PREY AND THE FANTABULOUS EMANCIPATION OF ONE HARLEY QUINN and, despite being utterly oversaturated with its lead character over the past two decades, I liked it quite a lot. In fact, I'd rank it among the best of the DCEU films. (Which is admittedly not saying much, as that bar is set frustratingly low.)

Margot Robbie, one of the very few saving graces of the incoherent and genuinely awful SUICIDE SQUAD, is once more a lot of fun as Harley, and the whole film embraces the fact that it's basically a live-action cartoon. That said, I wish it had simply been allowed to be a Harley Quinn movie and not also serve as a cheap way to launch a possible Birds of Prey franchise. BoP is one of my favorite DC properties, especially when written well, and by tying it in with the antics of Harley Quinn in the minds of the general moviegoing public, the filmmakers have squandered any hope of a straight BoP movie.

Also, while I liked Jurnee Smollett-Bell in the role, I was kind of annoyed at the filmmakers making the Black Canary a black woman. I'm beyond sick of the trope of black superheroes automatically getting slapped with "Black" as part of their name (despite having written a parody black superhero named "the Black Darkness"), and part of the fun of the comics Black Canary is that she's a brunette white chick who dons a blonde wig when kicking criminal ass. At least this version kept the status as a second-generation legacy hero, following in her deceased mother's footsteps.

Ewan McGregor was also fun as crime boss Black Mask, who was clearly coded as gay and, refreshingly, not played as a fey stereotype. In fact, McGregor appeared to be having a blast playing this quriky and psychotic baddie. And speaking of criminals, his "BFF," Victor Zsasz (Chris Messina), is a real piece of work who reveals in the torture and mutilation of his victims. The scene where he peels the faces off of a Chinese crime boss, his wife, and his daughter is truly unsettling. And though based on a family-friendly DC Comics property, I was surprised to find out that the film is rated R and quite violent, which certainly kept me interested throughout.

Fun and definitely worth sitting through at least once. 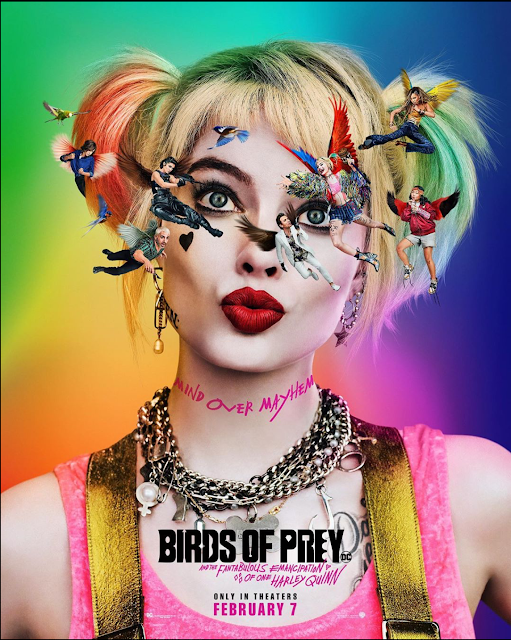