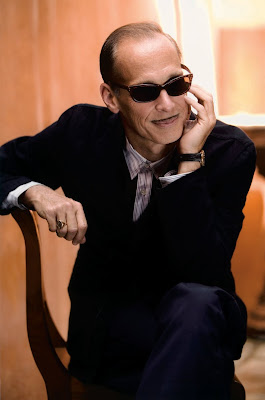 I'd like to wish the happiest of birthdays to John Waters, who is in my opinion America's greatest living director. I've been a huge fan of both him and his work for the past three decades and there was perhaps no greater influence on my senses of humor and pride in my own indefatigable individuality, and for that I will always afford this many my love and greatest respect and admiration. As rather a misfit during my troubled adolescence, Waters was there to remind me to keep my chin up and love my own bizarreness, and fuck those who had the temerity to offer their disdain. I was never a homophobe in the first place but if a heroic genius like Waters could be gay, then how could homosexuals as a general group possibly be bad/wrong/evil? If anything, society would be quite a barren place without the lavender contingent, and I will say as much if called to do so under oath. That's just one of the lessons I took from him (and some of his associates; Hello, Glenn!) and it's some major shit, so the guy was my perfect role model.

No lie, I love you, John Waters, and I wish I had a million bucks to contribute to the budget of whatever film you next craft from your fantastically wicked mind. As they say, you rule.
Posted by Bunche (pop culture ronin) at Friday, April 22, 2011

Amen, brother! Waters is still the best around, and I miss Divine greatly - an enormous talent in both the figurative and literal sense. His more recent films may be more "mainstream" but the wickedness and humor is still right there just below the surface.

It'll still be a few years before I let my son see any of the truly great stuff he's made (he's not quite 9 yet), but that day will certainly come. And I'll watch it with him and laugh my ass off once again.