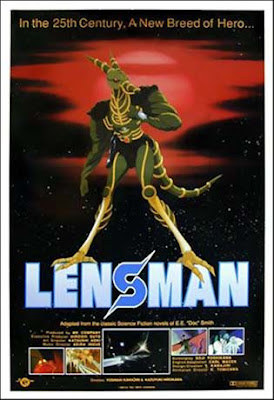 Every now and then the gods of geekdom bestow favors upon the faithful, and recently one such favor fell right into my lap. My buddy Adrian, a fellow collector of geeky ephemera with a concentration on Japanese items, knew of my interest in the 1984 anime feature LENSMAN, so when he came across a certain item during one of his ongoing searches for cool stuff, he alerted me. The item in question was the beautiful toy of the Britannia II, the film's main spacecraft, that Tomy released to coincide with the film's original theatrical run, a ship I had long admired for its sleek lines and elegant look that reminded me of a tuning fork that could maneuver at warp speed.

I first saw the film on an untranslated VHS copy somewhere around 1987 and then onscreen a few years later when it got picked up and dubbed for American distribution by Streamline Pictures, and the film's opening sequence always impressed me with its introduction of the ship in question. Check this out, in all its early CGI glory (skip to the 1:37 mark and start there):

Knowing the Japanese propensity for cranking out shitloads of toys for whatever given comic, TV series or film that comes out, I had hoped to someday score a toy of the Britannia II but I'd never come across one. Eventually, I looked on eBay and other sources and found my efforts frustrated by the rarity of the toy and its high price. I found it for several prices that I was unwilling to shell out the cash for, with the most expensive coming in at just shy of $400 mint in box, so I just gave up on ever owning one. Then came Adrian's alert around two weeks ago, and a dealer on eBay offered the ship for a starting bid of fifty bucks mint in box, so I figured "What the hell?" I placed my bid and promptly forgot about it, figuring that some other collector with bottomless pockets would snake it away from me, like had happened so many times before with other collectible treasures. Imagine my surprise and delight when I won the bid and ended up shelling out a total of $67 to get it (that included $17 for shipping).

There's a lot that I could say about the piece but this guy sums it up pretty damned well, plus the video shows you in comprehensive detail what the toy can do. This is about ten minutes long, but, seriously, check this out:

Sweet, right? So here are some shots of the gorgeous item in question: 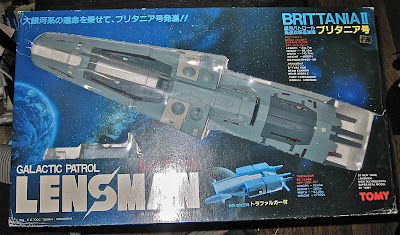 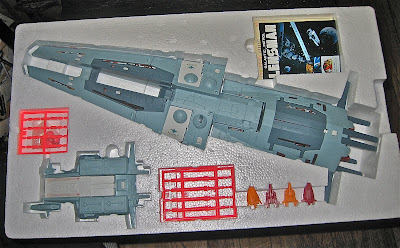 Not a single piece missing. 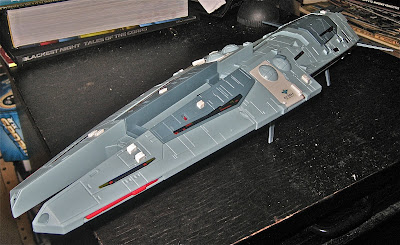 The ship has light-up features, makes noises, fires a considerable number of missiles, and even has a motorized feature that lets it semi-transform (which the ship does not do in the film). 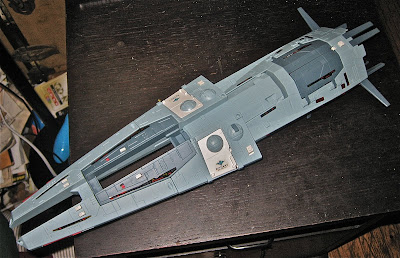 As seen from above. And it's just shy of two feet in length.

So there you have it. I'm seriously debating hanging it from my ceiling.
Posted by Bunche (pop culture ronin) at Tuesday, July 19, 2011

Didn't know about this one. Is this a Japanese rendition of the old E.E. "Doc" Smith novels? I still have an omnibus sitting on my shelf that I still haven't gotten to these past 12 or so years.

Very awesome find and in my opinion, quite the bargin! Well done good sir!

Richard Dean Anderson-like, MacGyverish geeks - Remember how MacGyver would reach into his pant's pockets and bring out odd things such as a short piece of rope that may prove useful to the task at hand? This type of geeks loves geeky gadgets which can come very handy as to fit inside their trouser's pockets or backpacks.