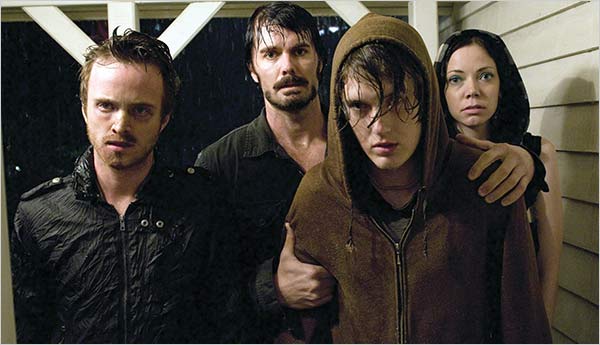 The very definition of "unwanted guests."

1972's THE LAST HOUSE ON THE LEFT was a landmark in the annals of cinematic nastiness due to its unflinching, no-holds-barred violence, gore, and depravity, bolstered by cinematography that gave its tale of torturous rape and revenge the look and feel of the most low-rent basement-lensed pornography, or a snuff film. It broke new ground in what could be depicted onscreen in thrillers and horror movies, even now, just shy of five decades after its release, the film still holds a savage, genuinely unpleasant power that has been known to unsettle even the most hardened of exploitation mavens and seasoned gorehounds. (To give perspective, it's second only to 1978's infamous I SPIT ON YOUR GRAVE as the definitive rape/revenge shocker.) So why bother remaking it? The answer to that is twofold:

If you are familiar with the details of the original THE LAST HOUSE ON THE LEFT, you already know the plot for this version, so I'll spare you the recap. (For those of you who have not seen it, click here for my review/analysis that includes spoilers.) As this remake came along in the early 2000's, as part of the wave of unnecessary remakes of items that have become cult classics for a reason, I was curious to see just how watered-down it would be when stacked against its brutal template. To put it mildly, the remake, while still quite nasty by the standards of most decent individuals, castrates the 1972 version by slicking-up the production with an aesthetic, cinematography, and overall storytelling that never lets one forget that they are watching a standard cranked-out Hollywood "product" film. Gone is the unsettling snuff film vibe, replaced instead by a standard thriller that could quite casually run at the two-screener in the local mall. No potential grindhouse perennial, this. 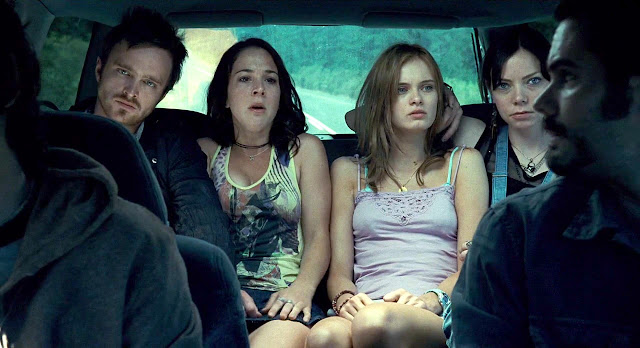 As previously stated, the plot is basically the same as what audiences got 37 years earlier, so we once more get two sweet teen girls attempting to score weed from the wrong people and enduring all manner of horrific abuse from their four captors. This time, however, the junkie son of the tormentors' leader is treated with sympathy as he has clearly been abused all of his life by his awful father, and he survives at the end, a pitiful, burnt-out shell who now must live with the guilt over what transpired with the girls. The girl who is not the daughter of the vengeful parents is the only one of the teen pair who meets her fate at the hands of the fleeing criminals who have kidnapped them, while the other girl is raped but not tortured, and left to die, which allows her parents to find her, so she too survives to the end of the film. The parents, meanwhile, take the killers into their home during a sudden storm, figure out what went down, and exact vengeance that is nowhere near as wrenching and visceral as that found in the 1972 version. 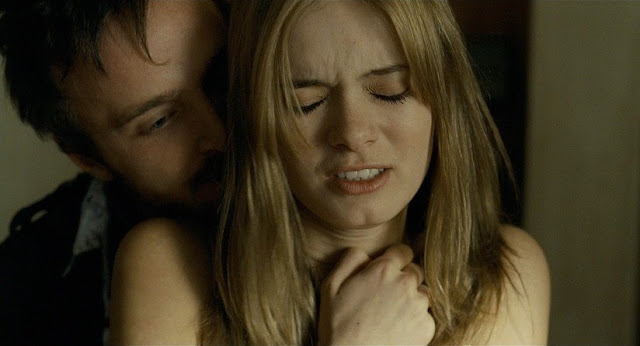 Once the killers are dispatched, with the leader left alive while the family takes the daughter and the abused boy to a hospital for medical attention — dad is himself a surgeon, so after stunning the leader, he paralyzes the villain with some quick surgery, leaving him for when he returns after making sure his daughter is being cared for — dad returns to the site of the mayhem and off the lead villain by sticking his head into an open microwave oven, turning it on, and causing his head to explode. I can't speak for anyone else, but that moment completely took me out of the movie because a properly-working microwave will not function if its door is open. They are built with a fail-safe switch that only allows the unit to work once the latch of the closed door trips the switch. Unless dad came back and did some quick sabotage of the device, which we do not see him do, I call complete and utter bullshit on this.

It's the bland and vanilla wearing a party mask of the savage for the titillation of those too chickenshit for really strong meat, freshly torn from the bloody carcass and straight from the celluloid charnel house. Stick to the original, nasty and vicious though it absolutely is, and skip this flaccid imitation. In fact, I'll give this the ultimate insult that I can muster: This is what you'd get of the Lifetime network tried to get edgy. If I could sit my 87-year-old mother through a LAST HOUSE ON THE LEFT remake and she would be fine with watching it, it's a film that has nothing to offer for me or, I would wager, the majority of you reading this. 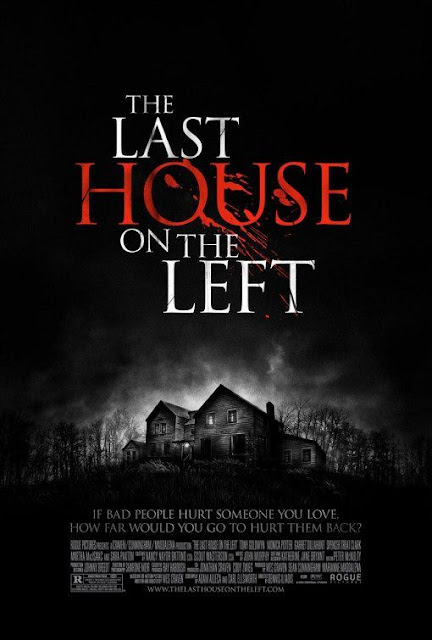