WHEN A POTENTIALLY COOL ASSIGNMENT BITES YOU ON THE ASS 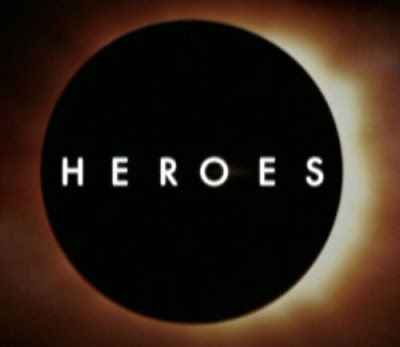 How swiftly the mighty have fallen.

Last week at the design 'ho house I was tasked with writing a style guide for the hit NBC television series HEROES, a job that requires me to write overviews of each full season and what there is of the one that got started a few weeks back. Now, a style guide is a book containing basic concepts, quotes and other pertinent info on a given property that a licensor wants to develop products around, and I recently wrote just that sort of material for upcoming guides on THE LOVE BOAT, TAXI, THE TWILIGHT ZONE and THE BRADY BUNCH, each shows that to greater or lesser degrees I grew up with so I was quite familiar with their particulars.

Then came the HEROES assignment and while I saw the entirety of its first season and was reasonably entertained, as a lifelong comics geek I found it incredibly derivative to the point of being able to name longstanding characters and plotlines "borrowed" from roughly the past forty-some-odd years of American comics history (if Peter Petrelli isn't the Mimic from way back in the early days of the X-Men, I will eat my left arm, sprinkled with some Mrs. Dash, on live network television). You comics geeks out there probably shared my annoyance upon constantly hearing during the first year "Wow! HEROES is so original! I've never seen anything like it!" while thinking to yourself, "Maybe on live-action primetime TV, but I remember this from when it was called THE UNCANNY X-MEN." But the ratings proved colossal so HEROES was renewed in the blink of an eye, and with the advent of the second season it became rather apparent that the emperor was buck-nekkid with saggy balls a-swingin'.

Whereas the first season succeed thanks to its cherry-picking of scads of comics sources, season two had already run out of cool stuff to knock off and for several episodes bobbed about as aimlessly as the "floater" aftermath of a KFC four-piece meal (with biscuit and extra gravy). I gave up on the show some three episodes in and decided to wait for the season to be over before watching it, hoping it would again pick up steam and grant viewers something to hold our attention, but that hope proved as fruitless as thinking George Lucas would get back onto some sort of track after the creative debacle that was STAR WARS-EPISODE 1: THE PHANTOM MENACE (or "The Phantom Man-Ass" as my buddy John Bligh so aptly redubbed it). All the people I know who watched HEROES week after week pissed and moaned about how the show had taken a precipitous nosedive (although not one of them stopped watching it), and even series "creator" Tim Kring very publicly admitted that season two seriously ate the big one and steps were being taken to rectify the situation; that may have been the noble gameplan, but then a 100-day writer's strike hobbled the lofty plans for a spinoff mini-series and season two clocked in at an unavoidably-sparse eleven episodes and finished up leaving behind a trail of largely uninteresting ancillary characters who came and went, engendering little if any interest along the way, perhaps most blatantly a cute black girl whose abilities were a shameless ripoff of Marvel Comics' villain the Taskmaster (one of the coolest characters they ever came up with and a huge fan-fave).

I'm nearing the end of season two and I'm bored out of my mind. I just plain do not care about where any of the characters' stories are going, and if not for the need to have the info so I can write the damned style guide I would not have bothered to watch it at all, especially after taking into account the very vocal and harsh criticisms of media critics and the masochists I know who still fruitlessly stick with HEROES week after week. Some of you may think I'm bitching needlessly, considering that technically speaking I'm getting paid to watch this stuff, but while that may be true I could be using that at-home time to be doing something else. Well, my agony will be over soon enough I guess, and at least I'm not assigned to write about ACCORDING TO JIM. Yet.
Posted by Bunche (pop culture ronin) at Friday, December 12, 2008

This show pretty much refused to impress me in any notable way.

I kinda liked Wolver-Cheerleader and the dorky Japanese teleporter dude, but other than that I found it a snore. Started watching the DVD set for the first season, but stopped halfway through and have not bothered to pick it back up.

Plus, from what I've read (including here), the creator is a major dicksore. Why bother with this show when there are so many better ways to spend one's time on earth?