The "New 52" is now in its second week and I'm far more satisfied with this week's releases than I was with the initial salvo. I didn't pick up everything that hit the shelves because I simply was not interested in a war book or the latest iteration of Green Arrow (I'm soooooo tired of getting burned by his books), so I stuck to the big releases and some of the perceived also-rans, and here's my assessment. 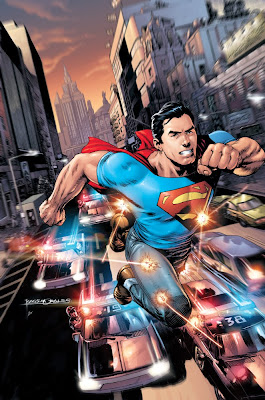 Finally, after all the hype and rhetoric about about how they were bringing in superstar writer Grant Morrison to revamp the Man of Steel for a new audience, the first effort has been released and it amounts to a glossy snowjob. Nice art by Rags Morales cannot disguise the fact that rather than give us something new/updated for the 2000's, the script brings back the aggressive "bully" Superman of 1938, only dressed in a t-shirt, jeans, shit-kickers and a cape. True, there was action in its pages, but Superman himself was not likable in the least and I didn't care enough to want to read any further than this issue. If you were expecting the magic that Morrison crafted in ALL-STAR SUPERMAN, you're shit outta luck with this one. 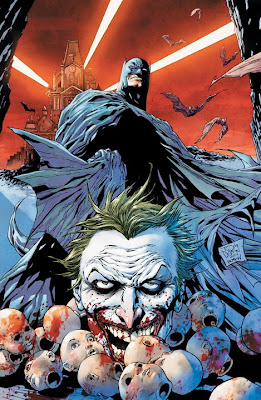 The first issue of the rebooted DETECTIVE COMICS offers a standard Batman story that's utterly indistinguishable from just about any garden variety Dark Knight yarn of the past quarter-century, other than that the Joker's crimes are now much more graphically-depicted. An admittedly shocking cliffhanger has me intrigued enough to see where it goes next issue, but there is nothing noteworthy to be found here. 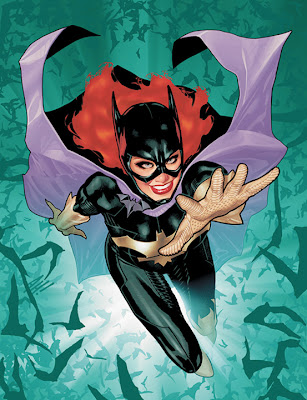 Due to my love of Gail Simone's writing, BATGIRL #1 was the book among the "New 52" reboots that I was most intrigued by, largely to see how DC could possibly justify ditching the years of excellent development of Barbara Gordon as Oracle, the disabled information-broker to the DCU's heroes and the Alexander Waverly to the all-female Birds of Prey. I religiously followed Barbara's adventures in BIRDS OF PREY and elsewhere for well over a decade and grew to care a lot about her, so suddenly dropping her back to her pre-KILLING JOKE status quo was a slap in the face to both her fans and to the character herself. So much rich characterization to be just thrown away...The new series gets off to an okay start and thankfully has not forgotten about Barbara's defining injury, so I'll be back to see how she's suddenly able to walk again. And it had better be a damned good explanation! Overall grade: B 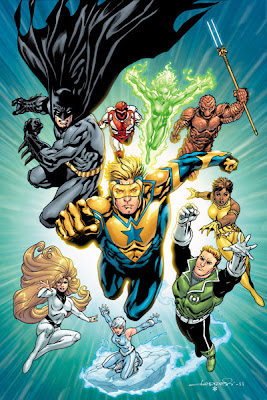 While by no means a knock-your-socks-off comic, JUSTICE LEAGUE INTERNATIONAL #1 was everything that the much-hyped JUSTICE LEAGUE #1 failed big-time to deliver. It shows the swift formation of the team, gives us nine heroes, immediately drops them into a mission, and has fun with the characters not necessarily getting along. In fact, in several ways it's kind of a knockoff of FANTASTIC FOUR #1 from fifty years ago, and if you're going to craft a knockoff, there's far worse source material out there to crib from. It was fun for what it was — an entry-level team book — but I doubt I'll read any further. And Godiva, a third rate British knockoff of Marvel's Medusa, on the team? Seriously? Overall grade: B 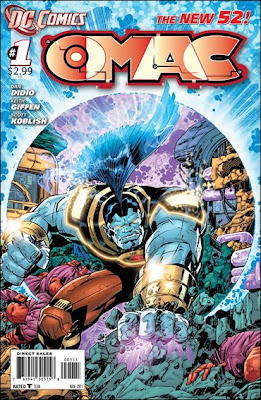 Without the guiding hand of Jack Kirby, the likelihood of an OMAC relaunch working was slim at best, but I am genuinely surprised at how much I enjoyed this first issue. Wearing its Kirby influence unabashedly on its sleeve, the art and story feel like a promising successor to the King's original concept, and I will definitely be back for more. And to my former marvel Bullpen colleague Scott Koblish, stellar inks on this, man! Overall grade: A- 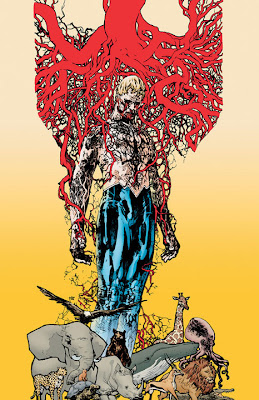 Another character whose best years ended over two decades ago, ANIMAL MAN has since been occasionally dusted off to little effect, but the first issue on his "New 52" run gets off to an auspicious start, giving us the always fun dynamic between Buddy Baker and his family, some interesting applications of his ability to tap into the "morphogenetic field" and access the abilities of any living creature, and a majorly creepy cliffhanger, and to say any more would ruin things... I will absolutely be back next month. Overall grade: A- 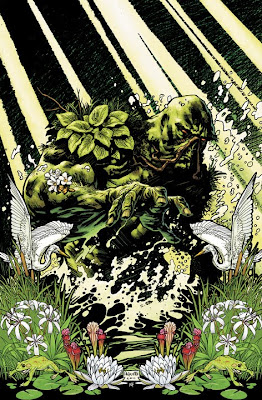 Despite having been burned several times by attempts to keep SWAMP THING going after the departure of Alan Moore nearly 25 years ago — the ill-advised run involving Swamp Thing's daughter, Tefe, being particularly dire — I gave the first issue of the reboot a look and I was quite pleased to not be disappointed by either Scott Snyder's script or Yanick Paquette's excellent artwork. Exactly how is Alec Holland back from the dead and human again? Apparently he has memories of Swamp Thing's experiences, but how is that possible since for all intents and purposes Alec's body was completely immolated during the event that transferred Alec's memories and personality into the bog-matter that would arise to become Swamp Thing? Why does Swamp Thing himself only appear on the last page? I don't know, but I sure want to find out. As set-ups where not much other than talking takes place go, this was quite good and is easily the best of the "New 52" thus far. Overall grade: A-

That's all for now, but be here next week for more!
Posted by Bunche (pop culture ronin) at Thursday, September 08, 2011

Actually, Action Comics #1 reminded me more of a swipe of Spider-Man than anything. Right down to the making excuse for his bruises to "Aunt" Landlady. And essentially, Superman is now what Tarrantino describes him as at the end of "Kill Bill": that Clark Kent is a facade and Superman is the real individual. Even though up until now, that was the exact opposite for many years now. Too bad that individual is pretty much an asshole. I'm buying all the issues to sample even though I loathe Grant Morrision. He's not as original as people think he is. And this comic just proved my point.

Flipped through SWAMP THING #1 at Hanley's on Wednesday and was actually somewhat tempted to buy it. But then I turned to the pages that featured Superman in his new costume, grimaced in revulsion, and put the issue back on the shelf. I just can't get past that outfit, it's a deal-breaker for me.