A TASTE FOR DEATH (and a casting game)

"There's this to say for blood and breath, they give a man a taste for death."
-A.E. Housman

As Souvenir Press continues to reissue Peter O'Donnel's Modesty Blaise novels, I gobble up each one with the eagerness of a puppy stumbling across a spilled plate of filet mignon and Yorkshire pudding. 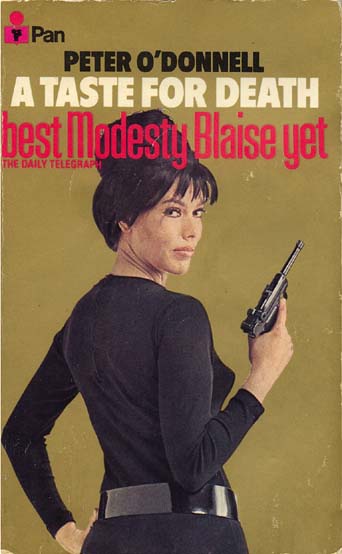 Cover to the original paperback edition.

I just finished 1969's A TASTE FOR DEATH, the fourth entry in the series of prose novels featuring the character (as opposed to the collected editons of the Daily Mirror comic strips), and it may be my favorite next to LAST DAY IN LIMBO (1976). Once again ex-criminal mastermind Modesty Blaise and her right hand man Willie Garvin are drawn into a violent maelstrom of intrigue, murder and international mayhem when Willie accidentally stumbles upon a young blonde getting kidnapped on a secluded beach in Panama. Horrified to witness the sadistic demise of the gril's companion at the hands of two thugs, Willie mercilessly signs off the two goons and discovers that their kidnapping target, though quite lovely, is as blind as a brick, so what would her abductors be after? The man behind the plot turns out to be Gabriel, a scumbag whom Willie and Modesty had put out of commission years earlier and had presumed dead in prison, but now he's back and up to more lowdown shit, so Willie contacts Modesty to help get him and Dinah — the hot blind blonde — out of the country after Gabriel recognizes Willie's handiwork on the corpses of his hired help and posts lookouts at every possible Panamanian exit point. Once Modesty enters the proceedings we're off to the races, and the action barely lets up for the rich character development that sets O'Donnel's crime fiction apart from that of most of his contemporaries. More murderous personages are introduced — most notably Simon Delicta, a truly scary psycho who gives Ian Fleming's Red Grant a run for his money and actually puts the frighteners on Willie Garvin, and that's really saying something! — Modesty's sometimes-boyfriend Steve Collier makes a return appearance and nearly steals the book with his from-a-poltroon POV, Dinah reveals hidden talents of an unusual nature, and the whole crew weathers a harrowing series of deceits, double-crosses and death traps before the book reaches its breathless conclusion. HIGHLY RECOMMENDED.

Whenever I read a Modesty Blaise adventure I am caught up in a desire to immerse myself into her world, and I surf the internet in hope of finding some new tidbit of information or analysis that will float my boat untl I tackle the next book. This morning I found a site where famed comics writer and novelist Peter david mused about who should be cast in the role of Modesty should a good feature film about her ever be made. That morsel can be found at http://peterdavid.malibulist.com/archives/002996.html so check it out.

NOTE: let me tell you immediately that the 1966 Joseph Losey feature MODESTY BLAISE, very loosely adapted from the first novel, is an outright steaming pile of painfully campy dogshit and should be avoided by anyone who may have the slightest interest in Peter O'Donnel's unique creation. 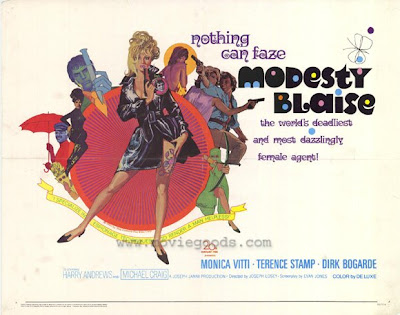 A waste of quality graphics heralding a cinematic atrocity.

Watching that film was like witnessing a good friend getting raped by at least four hopped-up thugs in Halloween masks, raucously laughing amongst themselves while the violation took place and expecting you to find their misdeeds highly amusing. O'Donnel himself reportedly hated the film so much that he has publicly railed against it on several occasions, and I don't blame him one bit. I strongly urge you to avoid that film like you'd avoid urethral irrigation with Naval Jelly (look it up).

Anyway, Peter David suggests a choice so obvious for Modesty that if it had been any more in my face it would have bitten me. Modesty is supposed to be very easy on the eyes, have a effortless, confident physicality/sensuality, and a somewhat exotic, possibly Mediterranean look (her exact point of ethnic origin remains unknown thanks to her being amnesiac regarding her past prior to the age of approximately twelve). I don't know what you think, but that sounds a lot like Angelina Jolie to me. 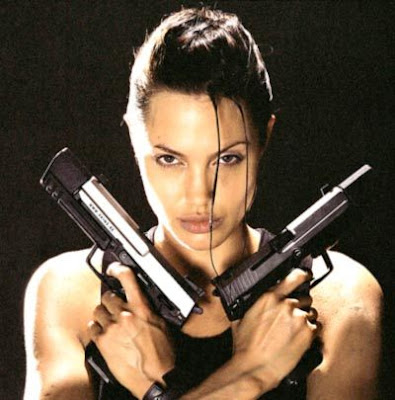 This promo still from one of the TOMB RAIDER flicks even looks like one of the 1970's/1980's Blaise book covers, for fuck's sake, with Angelina looking qite right with her hair pulled back, resembling Modesty in her trademark bun. And take a look at this shot from MR. & MRS. SMITH: 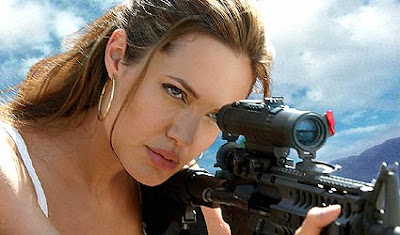 Modesty's cool focus fairly drips from this image, although her hair would be pulled back so as not to obstruct her sighting of her target, so I have to agree with David on this one.

But the tougher bit of casting is that of Willie Garvin. At first glance Willie is a blonde Cockney lout with a semi-thuggish demeanor about him, but once you get past that first impression, the man reveals a highly intelligent mind of near-superhuman clockwork precision, a kind heart, and the physical skills of the most fearsome of professional killers. Not at all a guy you'd want to fuck with, yet involved in the most unique male-female friendship in literature, Willie's a very tough call, and had it been 1965 I would have chosen Michael caine for the part without hesitation. 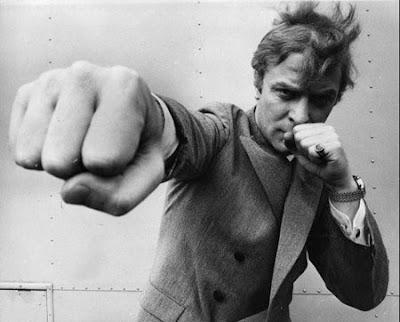 His performance in the original GET CARTER (1971) is not far off the mark, save for Carter's much more dour personality, and the scene where he's completely nude — he was in the midst of some righteous osh-osh — and ushers two hitmen out of the flat into the street at shotgun-point in broad daylight is exactly the kind of smooth move I could see Willie pulling. 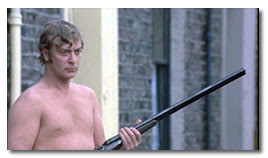 But that was then and this is now, so who to cast? I'm woefully ignorant of much of the current stable of British leading men, so I confess to being damned near totally clueless. If there are any fans out there reading this, what do you think? Help a Bunche out!

How about Daniel Craig who played the latest Bond, or Paul Bettany? I also like Sean Bean or Kevin McKidd who was great in Hbo's Rome and was also in Trainspotting.

Pick anyone but Angelina Jolie. Ugh. Anyway she plans on quitting acting to create her own international house of kids. There has to be someone else.

10 years ago, Sean Bean as Willie, Kate Beckinsdale as Modesty would have been perfect. Now...?