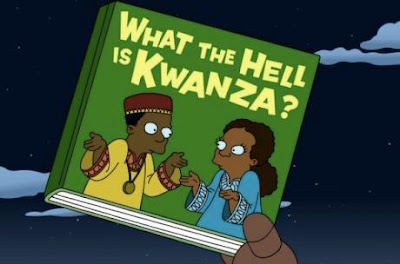 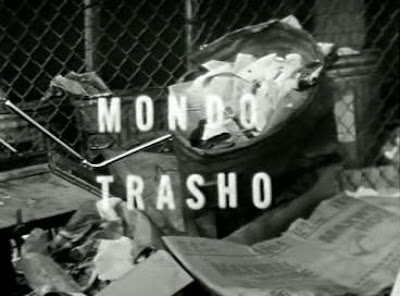 John Waters’s fledgling full-length feature effort, 1969’s MONDO TRASHO is a very odd duck of a movie that even the writer/director’s may find a daunting work to sit through in one straight shot, and I can totally understand why. It’s very crudely crafted — in terms of artistic quality and realization, not just in terms of questionable content — needs several editing and pacing problems addressed, and possesses other aspects that irritate, but I have a very soft spot in my heart for it. Simply put, it’s a bizarre head-on collision of film school-style pseudo-artsy narrative and aural collage with the look and feel of a squalid fever dream.

Opening with a sequence of a medieval executioner beheading a live chicken with an axe — a bit that, as far as I can figure, has nothing whatsoever to do with the actual story — the narrative proper (such as it is) commences with a tawdry-looking bleached blond in fishnets and short-shorts (Mary Vivian Pearce, identified in the credits as “the Bombshell”) strolls to the bus stop and rides the public conveyance to the strains of the incongruously-employed “Pomp and Circumstance,” a tune that lets the audience know it’s gazing upon a late-20th century avatar of Venus-like beauty and regality. (Yeah, right. Sure, she’s kinda/sorta cute in a trashy way, but come on…) Our heroine makes her way to a local Baltimore park bench, where she feeds raw hamburger to scampering cockroaches (to the accompaniment of Billy Stewart’s 1965 hit “Sitting in the Park”) while a scurvy-looking longhair (Danny Mills) observes and stalks her from the nearby bushes. 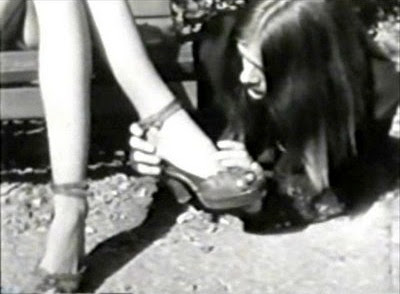 Seduction in the park.

Initially startled by the hippie’s attentions, the Bombshell soon finds herself quite taken by the fellow’s dubious charms and apparently aphrodisiacal foot-fetishism, allowing him to lead her deep into the woods near the park for privacy, where she ends up on her back on the ground as she is seduced by the hippie as he sensually kisses and sucks her feet. For her part in all of this, the Bombshell is clearly transported upon the wings of pedally induced sexual ecstasy, moaning like a rusty door hinge as she fantasizes about being Cinderella (complete with the cunty step-sisters and the hippie cast in the role of Prince Charming).

But all good things must eventually come to an end and the hippie, after having satisfied his own selfish foot-related needs, fucks off into the unknown (to the tune of “See You Later, Alligator”), leaving our heroine heartbroken and in a confused daze. She staggers out of the woods, straight into the path of a joyriding Divine (the now-legendary drag performer in her first feature film role) who, distracted by her fantasy of a nude hitchhiker, backs her car over the Bombshell. Divine throws the seriously injured Bombshell into the back seat of her convertible and the pair embarks upon a trashy odyssey of petty larceny, a highly questionable mental institution (after they are forcibly abducted off the street by the institution’s staff), foot-replacement surgery performed by the heroin-addicted “Doctor Coathanger” (David Lochary), religious visions and visitations from the Virgin Mary (Margie Skidmore), death in a pig sty, and an ending that absurdly harks back to Dorothy’s “there’s no place like home” bit from THE WIZARD OF OZ.

Filmed on a budget that probably wouldn’t get you a decent cheese sandwich even back when it was shot, the grainy, black-and-white MONDO TRASHO reads like what would have happened if David Lynch’s ERASERHEAD had been made as a comedy, only with no mutants and monsters (unless one counts damned near the entire human cast). There’s virtually no dialogue and the film relies on its imagery and soundtrack of illegally appropriated music segments to tell its story. The soundtrack is the key reason why the film is unlikely to ever again be released in a legitimate home video format, thanks to Waters re-purposing snippets from dozens of old pop songs — ranging from the 1930’s through the mid/late-1960’s — to serve as the movie’s Greek chorus. The resulting effect is akin to being stuck in a room with one’s demented grandfather as the old geezer incessantly plays around with the dial on his battered radio, unsatisfied with any song he encounters and changing the station after only a taste of any given tune is heard. That aspect is one of the “flaws” that prevent less-hardy movie fans (I call them “pussies”) from making it all the way through MONDO TRASHO without being driven hopelessly mad.

Other sanity and patience-shredding elements include the at times dodgy editing (several scenes go on for far too long), often murky/terrible lighting, an idiotic and aimlessly rambling plot, and an aesthetic/cinematic feel that makes the audience feel like it’s been on a three-day binge involving heavy-duty Jamaican cough syrup and Everclear, while chain-smoking one’s way through an entire carton of unfiltered Marlboros. All of that is as it may be, but to me it all adds up to an engrossing and occasionally hilarious live-action cartoon nonsense odyssey that gene-splices a fairytale quest with an ultra-sleazy, doped-up late-1960’s Baltimore hillbilly sensibility that just holds me mesmerized.

Every filmmaker has to start somewhere and it’s surprising to see so many of John Waters’s signature tropes and themes already in place so early in his filmography. All would soon be refined and perfected into what is now one of the most singular directorial voices in American (and world) cinema, but the rough and messy birth of his oeuvre an be traced straight back to this scabrous little first feature-length flick. And several of Waters’s soon-to-be-familiar repertory players are on hand for this journey into aggressive weirdness/absurdity, including: 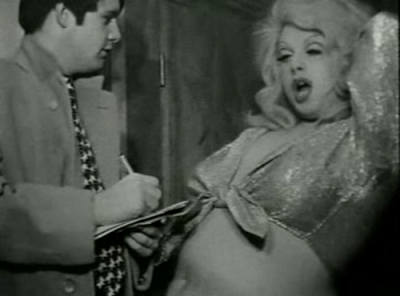 The one and only Divine, vamping it up.

Unavailable on DVD — legally, that is — MONDO TRASHO is worth seeking out on VHS or via whatever shady means you can obtain a hard copy (it’s available in its entirety on YouTube) and it’s a must-see for students of Waters’s career, especially those who are fucked-up out of their minds at Jesus o’clock in the morning and need something to hold their attention in an effort to stave off imminent death via alcohol and drug-related misadventure. That said, though possessing damned near everything one could ask for from a movie — drama, romance/sex (sort of), adventure, nudity, transvestites — it’s definitely not for all tastes and certainly way tamer than the majority of the director’s subsequent efforts. A wholly worthwhile curiosity. 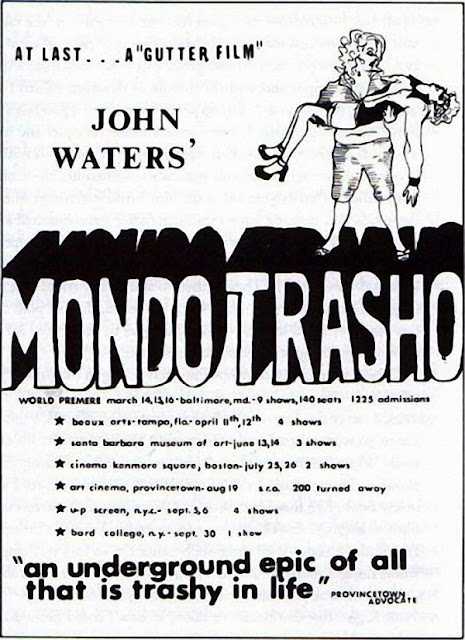 Poster/flier from the original release.
Posted by Bunche (pop culture ronin) at Monday, December 24, 2012 No comments:

KING DIAMOND'S "NO PRESENTS FOR CHRISTMAS" 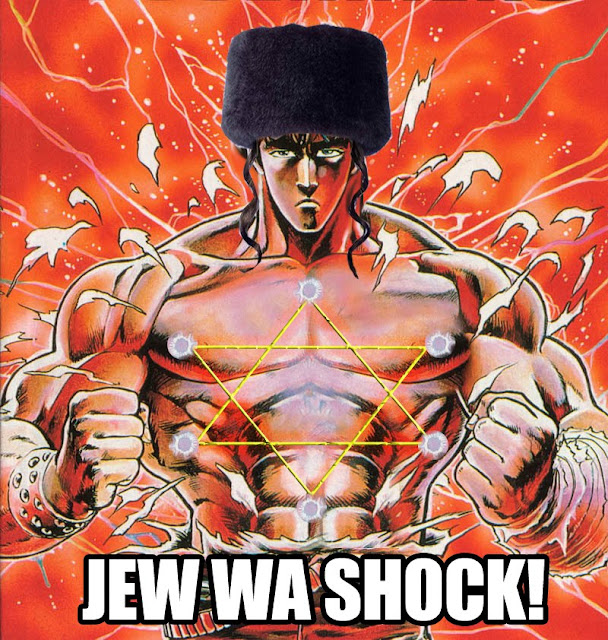