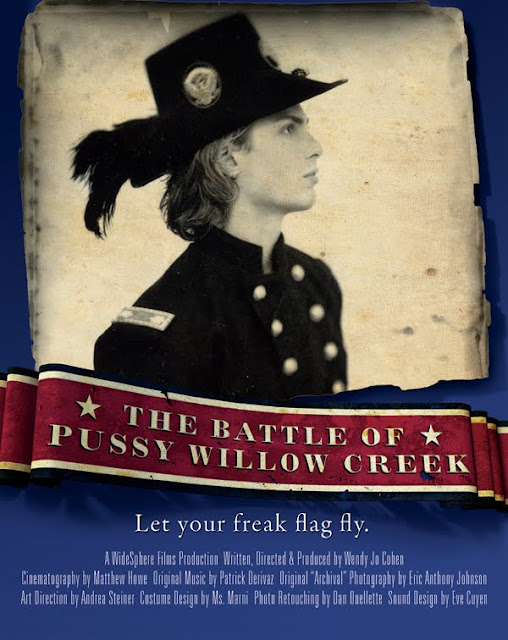 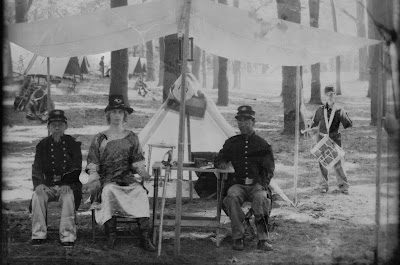 Aaah, who am I kidding? THE BATTLE OF PUSSY WILLOW CREEK is actually a straight-faced "mockumentary" written, directed and produced by Wendy Jo Cohen, and is a work of such verisimilitude that one could be forgiven for being snowed by its earnest recounting of a battle that never happened, led as it was by "a drug-addicted faggot, a geriatric heathen, a nerdy nigger, and a crazy, one-armed teenaged whore." Starting out utterly deadpan, the film slowly builds in sheer ridiculousness that ends up as a finely-layered narrative depicting just how badly the groups represented by its protagonists got fucked up the ass without benefit of Astro Glide by the nation they fought for, and its content is just as hilarious as it is riveting. Highly recommended and definitely not to be missed, the film will be screened at Manhattan's Quad Cinema from March 1st through the 7th, so here's the theater's info:

Get your tickets today and support this triumph of indie filmmaking and comedy that wasn't shat steaming and redolent from the asshole of the Judd Apatow assembly line. This is a film for humor-lovers with a brain, and seriously, it's funny as hell. TRUST YER BUNCHE!!!
Posted by Bunche (pop culture ronin) at Tuesday, February 26, 2013 No comments: