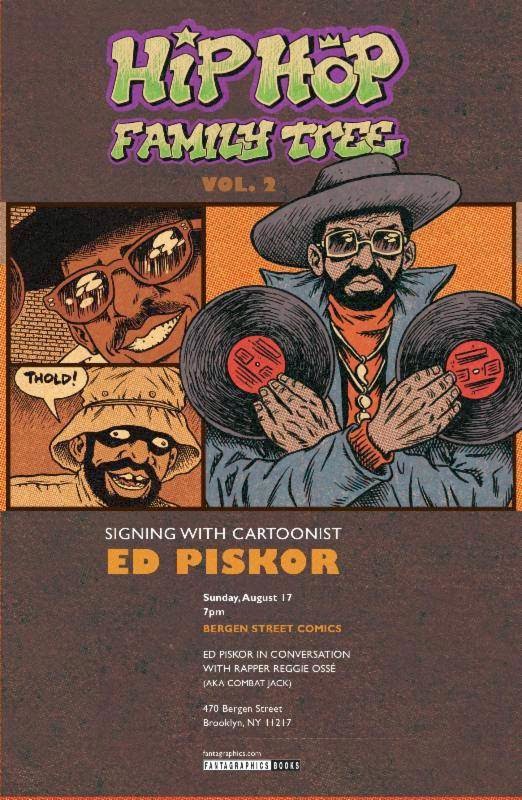 Every now and then my work for Publishers Weekly lands me something worth reading, and the best thing that fell into my lap last year was artist/writer Ed Piskor's HIP HOP FAMILY TREE VOL. 1: 1970'S-1981 from Fantagraphics. It's exactly what it says it is, namely the first volume in an epic illustrated chronicle of the hip hop musical genre and its cultural impact, and its over-sized format makes for an irresistible eye-catching read. I gushed about it to whomever would listen and I urge you, dear Vaultie, to go out and pick up your own copy. It's a perfect addition to any comics/graphic novel collection, and as a coffee table volume it's a guaranteed conversation-starter.

Skip ahead by roughly ten months and the book is a critical smash, with the second volume — covering 1981 through 1983 — just recently released. I received notification that the new book was receiving a book-signing at Park Slope's Bergen Street Comics, within short walking distance of my apartment, so I made my way over there with my copy of Volume 1 in hand and cash for Volume 2 at the ready. There I found Ed Piskor, signing and chatting with a fan while drawing in the guy's book. Once finished with the fan's book, Piskor and I discussed his career up to and including the HIP HOP FAMILY TREE project while he signed my copies of his books and he revealed himself to be a really nice guy who has clearly done the research and knows his subject inside and out. He also stated that the series is slated to run for a total of six volumes and he's roughly sixty-some-odd pages into Volume 3, so there is much to anticipate. 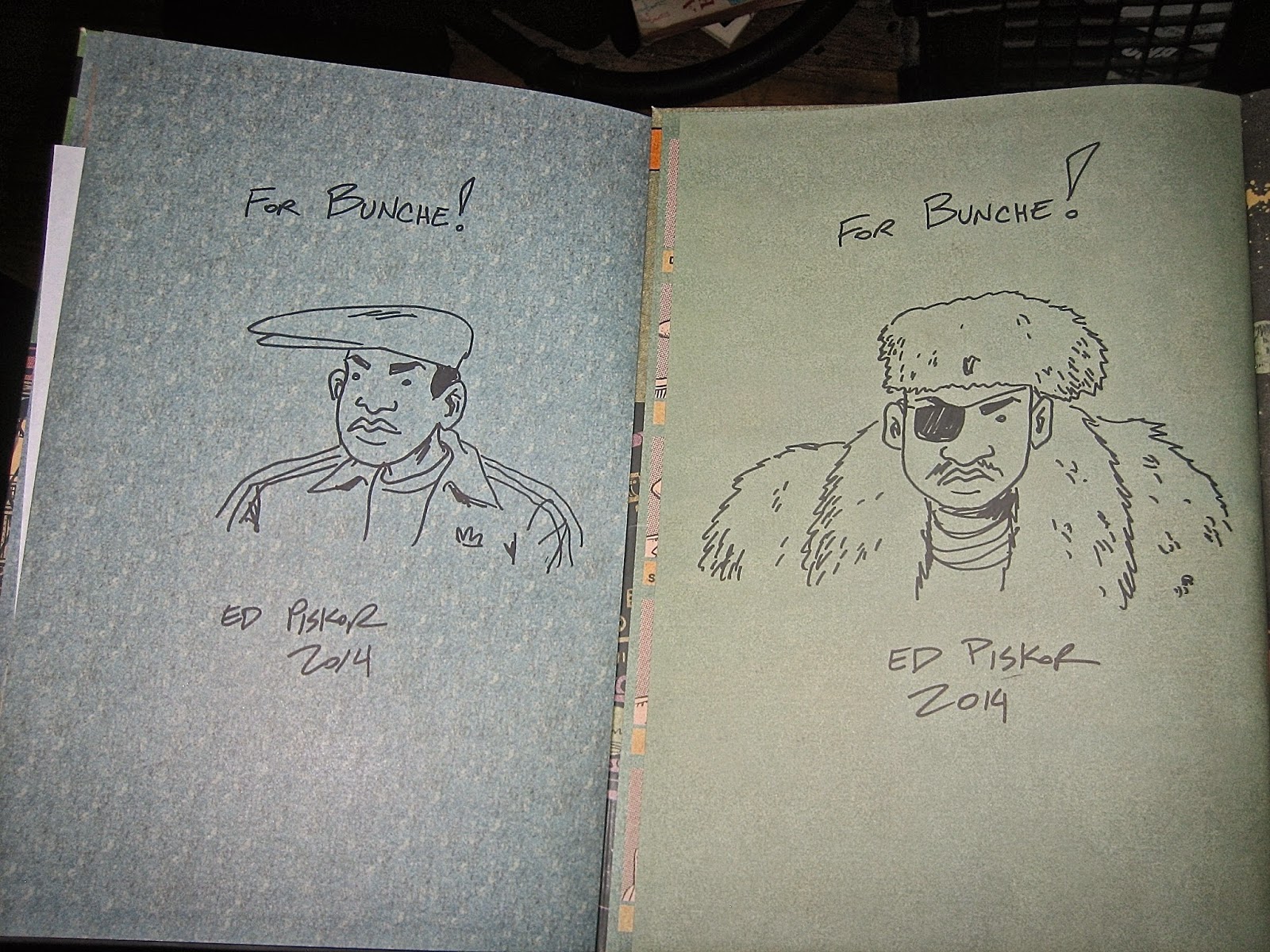 My signed copies of HIP HOP FAMILY TREE Vols. 1 AND 2.

I made sure to get photographed with Piskor for posterity, and I like the coincidental statement made by our choices in attire: a black guy representing in the name of punk rock/metal and a white guy doing likewise for hip hop. That, my friends, is part of what America is all about. 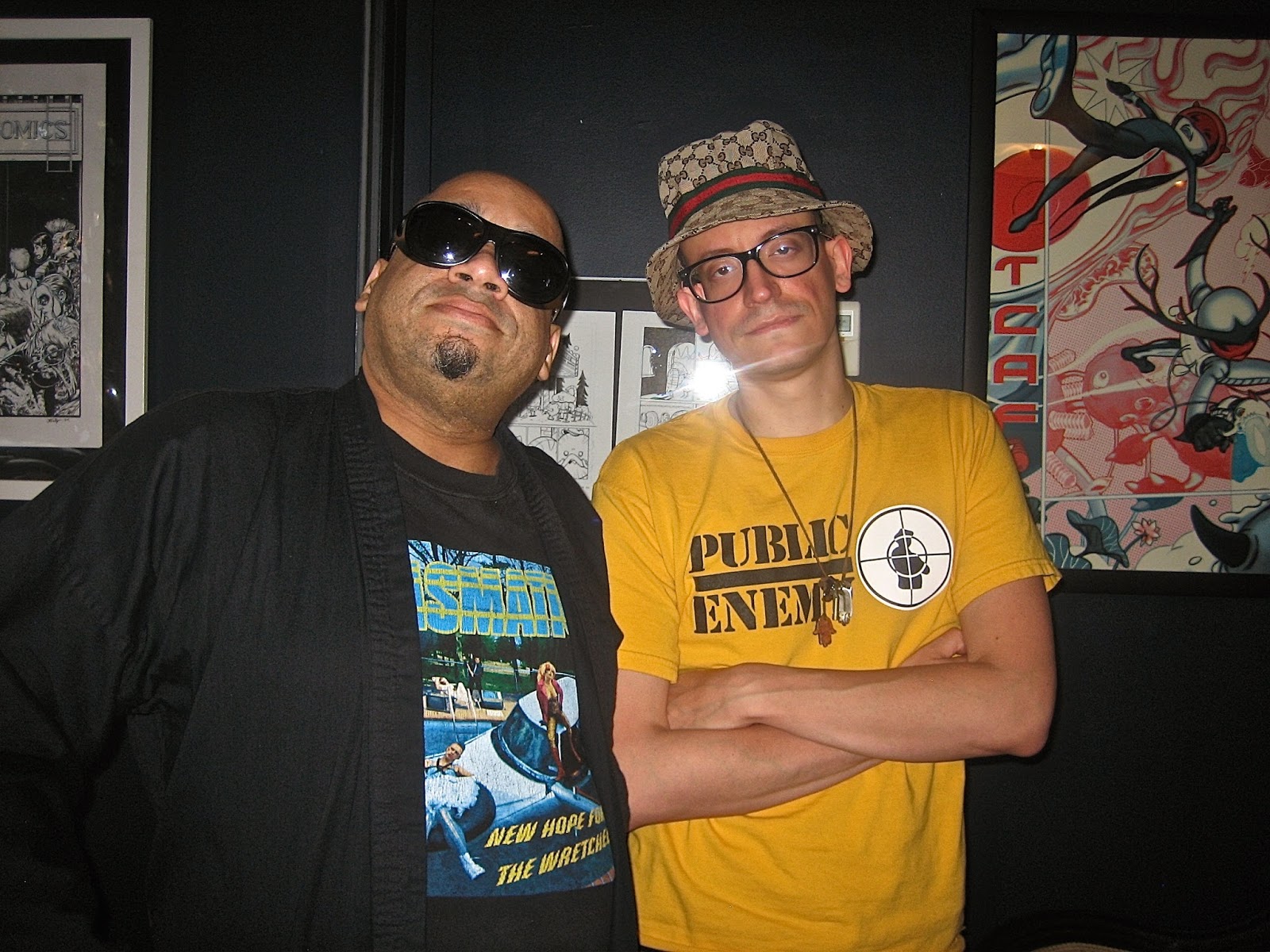 Yer Bunche with the author.
Posted by Bunche (pop culture ronin) at Sunday, August 17, 2014 No comments:

Labels: COMIC BOOKS ARE FOR IDIOTS, WHAT I DONE BEEN READIN' 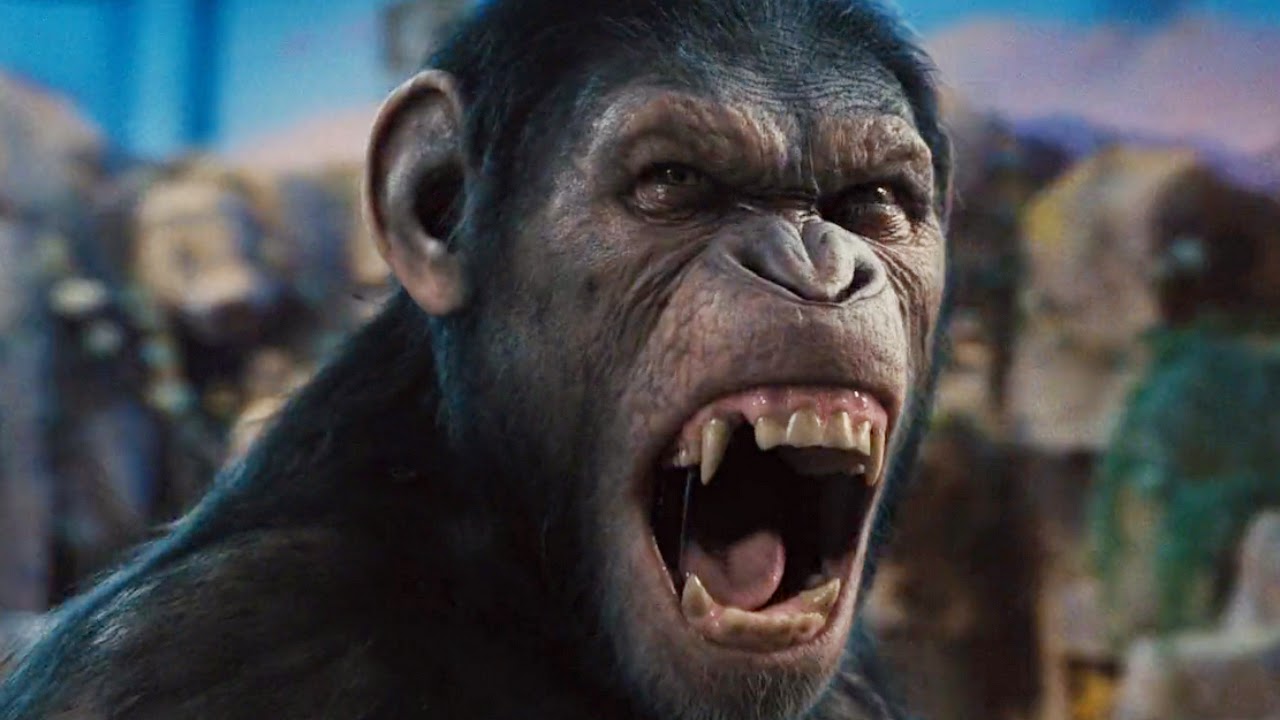 There are days when, frankly, I find myself sick to fucking death of black people and today was one of them.

While waiting on line for my monthly "indulgence burger" at the Wendy's on 14th Street in Manhattan, there was this massively overweight black dude in his late-fifties, seated on one of those wheeled walkers and positioned on the other side of the rope that marked the end of the ordering line. When he saw me, he politely said, "Hey man, I don't mean to be disrespectful or try anything funny, but I just got outta the hospital an' I'm tryin' ta get a burger an' some fries an' a drink, so I was wonderin' if you'd buy me lunch..." As I had just been hit up for money by two consecutive beggars on the train into Manhattan and one more at the entrance to the Wendy's — I gave them nothing — I simply was not in the mood, but I politely told him "Sorry, but I don't carry cash," my standard response that usually nips the begging in the bud, but it didn't stop the wheeled sepia enormity. He helpfully offered, "So use your credit card or bank card and you can take care of my meal," but I cut him off and simply said "Man, I'm broke and unemployed myself, so no." As I turned away from him he uttered in a loud voice, "YOU WHITE DEVIL MUTHAFUKKA! WHITE-ASS MUTHFUCKA! TALKIN' LIKE A MUTHAFUKKIN' WHITE MAN!!! SCHOOL TEACHER-SOUNDIN' OREO NIGGER!!"

As some of you already know, getting called out by ghetto pieces of shit for actually bothering to speak proper English REALLY pisses me off, and that pet peeve, coupled with back-to-back begging for food and money from my impoverished ass, set me into a rare public display of full-on crazy mode, which my verbal abuser clearly did NOT expect.

Slowly burning on the inside, I turned to face him and fixed him with my patented laser-focus stare as I said in a clear and measured tone, "Oh, HELL no. FUCK. YOU, you fat piece of shit." My voice began to raise as my fists slowly clenched and unclenched while the other folks on line immediately backed off by a few feet, and I continued with "Let me get this straight. You have the fucking NERVE to try to get me, a total fucking stranger, to buy your enormous ass a full meal, and when I politely refuse to do so you give me shit because I don't speak like some mush-mouthed piece of uneducated ghetto TRASH, like YOURSELF, you fucking try to EMBARRASS me for it??? Oh, HELL no, YOU IGNORANT ABORTION!!!" At that the asshole cowered and offered a feeble, "Well, thass whatchoo sound like..." I then exploded at him with "SHUT YOUR GODDAMNED MOUTH BEFORE I COME OVER THERE, KNOCK OVER YOUR FUCKING GLORIFIED SKATEBOARD AND KICK YOUR JELLIED ASS UNTIL IT'S GODDAMNED PULP!!!"

At that point I was called to the cashier and I placed my order. When I received my burger and drink I walked right past the guy, who looked several shades lighter and appeared about a nano-second away from pissing all over himself, and sat down to eat my lunch. A number of nearby patrons hurriedly grabbed their trays and moved away from where I'd sat myself.

I have fought for many years to keep my temper/bad craziness side in check, a goal made much easier by no longer drinking like a Viking, but when it does come out, it's not pretty and I usually don't feel good when I've had time to think about it afterwards. In this case I engaged in what can only be considered a textbook chimp-out, albeit one considerably more articulate than most, and all I could think was that I had descended to a level that embarrasses me when witnessed in others. Then I thought about it a bit more and considered that my outburst may have given the guy something to think about before harassing and disrespecting other fellow black people before attempting his next food shakedown. But when all is said and done, I think of how my grandmother would have reacted if she'd witnessed my behavior, and I can honestly say she would have been simultaneously appalled and disappointed, because she was one of the family's exemplars of proper, respectable public behavior. Sorry, Nana...
Posted by Bunche (pop culture ronin) at Thursday, August 14, 2014 1 comment:

Seriously, what's not to love here?