A FATED MEETING AT MOUNT SINAI 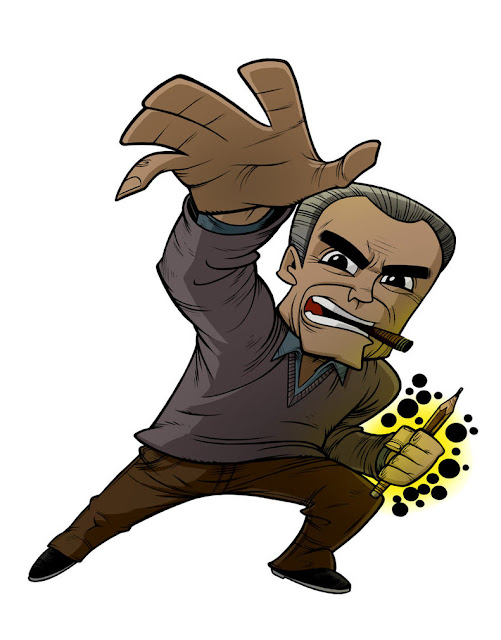 It could only happen to me, and I swear that it's true.
Today I went back to Mount Sinai, this time to the hematology department because my last blood work with the dermatology department revealed that my platelets were inexplicably high. My ankles and right knee of course chose the day when I would have to haul my ass up to 102nd Street and Madison Avenue to act up again — a journey of around anhour each way from where I live in Brooklyn and featuring lots and lots of long sets of stairs — so I was in agony and limping the whole way there.

Upon arrival I waited for a while until I was ushered in and my vitals were taken, including two vials of blood. Eventually the doctor showed up, a friendly sixty-something with an Italian surname, so I instantly felt at ease, and she put me through the most thorough medical history Q&A that I've ever had (which showed me she's on the ball). While asking about my job history and the possibility of being exposed to carcinogens and such while at work, I mentioned that we occasionally used assorted noxious chemicals during the pre-digital days in the Marvel Bullpen but nothing that resulted in prolonged exposure, and when I mentioned that I had worked in the Bullpen, her face lit up and she threw up her hands in surprised delight. From her reaction I figured she was a comics fan but then she dropped the bombshell:

Doctor: Do you know who Jack Kirby is?
Me: (putting on my best Spock-style raised eyebrow with sarcastic voice) How dare you ask me that? I'm a lifelong comics goon and Kirby was one of the influences that made me want to learn how to draw...
Doctor: I ask because most people have no idea who he was. HE WAS MY COUSIN.

You could have knocked me over with a feather as my mouth fell open in shock and speechlessness. Of all the medical experts for me to get hooked up with, I end up with the King's relative.

The next fifteen minutes turned into an unabashed geek-out session where she filled me in on having visited his studio and watching him draw all kinds of stuff. She also talked with intimate knowledge about his family, the lawsuit, and the fact that she has some of his drawings. We eventually got back to business but hearing her clearly-true reminiscences was a treat and a half.

When she was done garthering all of my info, she bade me farewell until I return in two weeks,after which a nurse came in and drew fifteen more vials of blood — not an exaggeration; I counted — before I was dismissed, bringing the blood vial total to a personal record of seventeen in one visit. Anyway, I look forward to hearing more of the doctor's Kirby lore.
Posted by Bunche (pop culture ronin) at Tuesday, August 23, 2016 1 comment: