THE BOOK OF MORMON on Broadway

This afternoon I finally saw THE BOOK OF MORMON on Broadway and, if I'm being totally honest here, I was not as impressed with it as I had expected to be.

The show was certainly fun and I liked it but I found it to pretty much be "South Park Lite." A good number of the themes had been explored on SOUTH PARK over the years and the musical numbers, while undeniably well-performed and amusing, mostly couldn't hold a candle to almost any of the musical segments from the TV series or the feature film SOUTH PARK: BIGGER, LONGER & UNCUT. The ending came off as rushed and the instantaneous conversion of African warlord General Butt-Fucking-Naked from a sadistic, murderous, female genitalia-mutilating despot to a doorbell-ringing proselytizer did not work for me at all. I'm willing to bet that a good percentage of the Broadway audience and the tourists who flock to shows on the Great White Way are not watchers of the series, so they go to THE BOOK OF MORMON and are happily shocked by its content, which is admittedly a lot more profane and potentially offensive than everything else currently running.

For me, the highlights were the set designs and the excellent "Hasa Diga Eebowai" number that advises curing one's blues by repeating the titular phrase (which translates as "Fuck you, God"). And seeing my ultra-religious mom laugh her ass off at the religious offensiveness and profane songs was a treat. If nothing else, seeing THE BOOK OF MORMON now has her interested in checking out SOUTH PARK.
Posted by Bunche (pop culture ronin) at Saturday, May 02, 2015 No comments:

Three years after the global box office success of MARVEL'S THE AVENGERS, the Earth's mightiest heroes are back and this time the "gathering of the fellowship" stuff is out of the way, so the films drops the audience straight into super-powered action and mayhem. On a mission to the Eastern European country of Skovia, the Avengers take down a Hydra base where the powerful scepter used by Loki in the first film is held by Baron von Strucker and used upon human subjects in experiments intended to generate Hydra-controlled superhumans. Only two humans have survived the testing, twins Pietro and Wanda Maximoff (Aaron Taylor-Johnson and Elizabeth Olson), and they utilize their respective gifts of super-speed and mind-control/telekinesis/magic to hinder the Avengers' efforts and grant Tony Stark (Robert Downey Jr.), aka Iron Man, a horrifying vision of his comrades laying defeated and dying as a fleet of extra-terrestrial conquerors head to the Earth through a wormhole in space. That grim tableau greatly rattles Stark and upon retrieving the scepter and taking it back to the opulent Avengers tower in Manhattan, Stark and fellow uber-brain Bruce Banner (Mark Ruffalo) utilize the alien scepter's advanced tech to craft Ultron, an artificial intelligence meant to act as a preemptive defense system for the planet. That quantum leap in A.I. is arrived at without the knowledge of the other Avengers — yes, it's Stark once again proving himself to be an entitled, arrogant prick and a power unto himself, despite being a member of a team — and in no time flat it manifests as a seven-foot chrome megalomaniac whose twisted agenda does indeed amount to solving all of mankind's security issues, though in a way that Stark and Banner absolutely did not foresee. As all hell breaks loose in several international locales, the Avengers must marshal every bit of their skills, powers, wits, and unbridled badassery to handle Ultron and his army of deadly robotic doppelgangers.

Writer/director Joss Whedon pulls off the seemingly impossible by upping the ante from MARVEL'S THE AVENGERS with wall-to-wall action and sequences that give all of the featured characters solid things to do while allowing each to shine as more than just cookie cutter action figures brought to life. Hawkeye (Jeremy Renner) is fleshed-out into more than just "short guy with bow and arrows and bad haircut," glimpses into the back-story of the Black Widow (Scarlett Johansson) add a poignancy to her fighting proficiency, Captain America (Chris Evans, in the role he was born to play) once again leads the group while butting heads with Stark, Thor (Chris Hemsworth) remains the resident Viking powerhouse, and Bruce Banner's struggle with his "sulky, kinda bulky, kinda Hulky" rage-fueled other half is given and interesting new wrinkle (that I will not spoil). Wanda and Pietro, though never referred to as the Scarlet Witch and Quicksilver, are a lot of fun, and both War Machine (Don Cheadle) and the Falcon (Anthony Mackie) are along for the mayhem. But the movie is stolen by James Spader's voice performance for Ultron, a character that I never enjoyed in his many comics appearances but whose unexpected interpretation in the movie was a triumph of assured villainy. There have been numerous robotic/A.I. threats throughout cinema history but Ultron comes from out of nowhere to stand among the very best of his antagonistic automaton brethren.

A lot goes on that is best left un-described so the viewer can be caught up in the story's events and surprised by what unfolds, but I will say that it's exactly what I wanted from a super-hero spectacle, and then some. The only complaints I had were with the generic musical score (a problem I had with its predecessor) and the latest design for Iron Man (which all-too-obviously looks like the already available action figure), but those are very minor quibbles that in no way detracted from my enjoyment of the movie. The only other things that I would like to add are the following considerations that you need to know ahead of time: 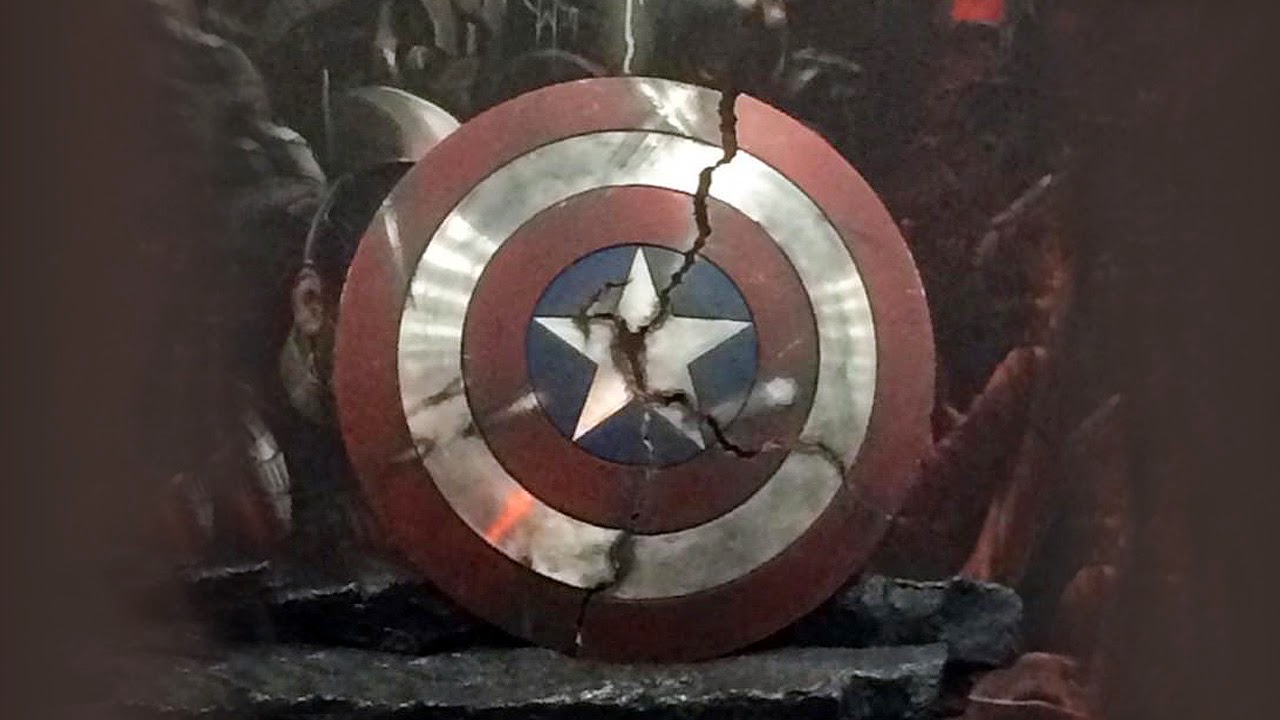