WHEN THE WIND BLOWS

My neighborhood, just after the storm that briefly passed through a little less than an hour ago. (photos courtesy of the Wagnerian, my down-the-hall neighbor) 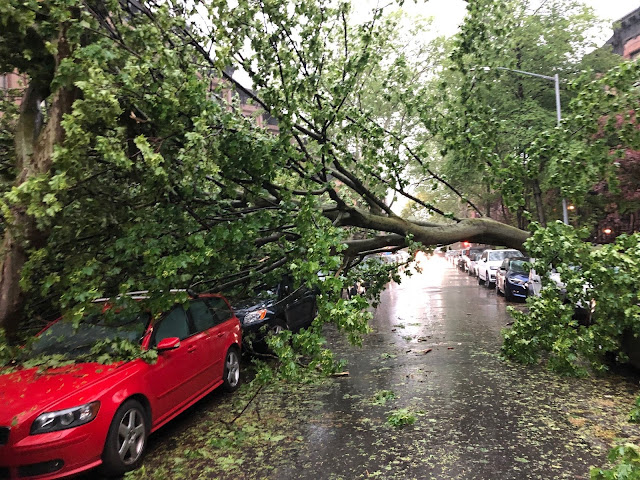 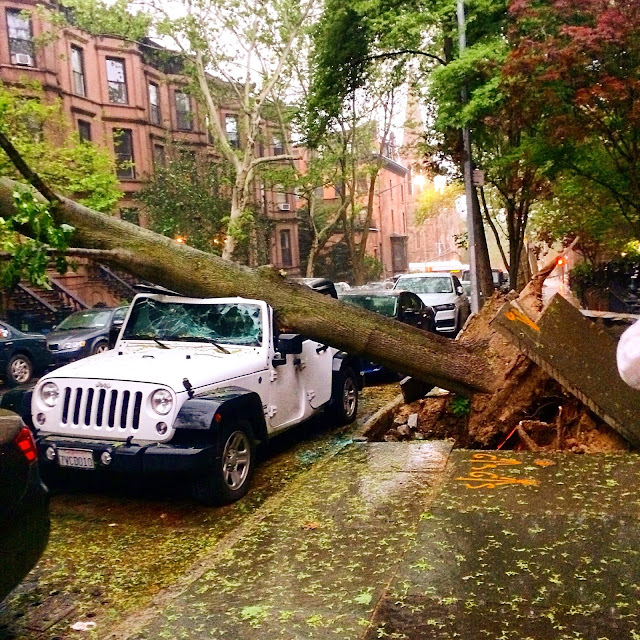 WHITE TRASH ON THE B63 BUS 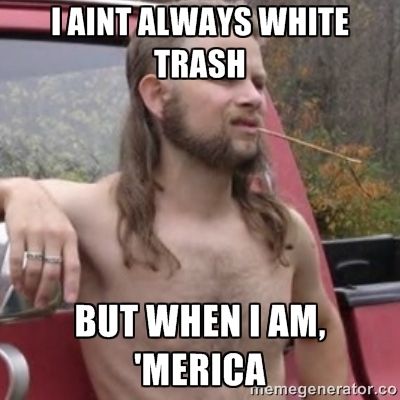 I'd just had dinner over on Flatbush Avenue and boarded the B63 local bus to head home, as it conveniently drops me off right around the corner from my building. I took my seat and settled in for the short ride, but then a pair of white guys got on and made their way toward the bus' rear door, directly next to where I was seated.

The taller of the pair sported a baseball cap with the bill turned toward the back of his head, and his dark hair and beard lent him a resemblance to filmmaker Kevin Smith. His companion was a stocky guy with five o'clock shadow, a proudly-displayed Mets cap — a dead giveaway — and a thick, stereotypical "'ey-OH!!!" NY accent. They surveyed the bus, one of the recently-rolled-out new models, and checked out their fellow riders. The shorter one loudly proclaimed "WOW. Dis is NOICE. Dis definitely ain't a black people bus! It's nice an' quiet! Fuckin' black people never shut the fuck up!" His friend smiled and agreed, adding "Yeah! This ain't like when ya take a bus over on Church Avenue! Fuckin' 'blahblahblahblah blah...' So fuckin' annoyin'!" The short guy shot back with "I know! But DIS...DIS is a bus fit for white people!" They then made their way to the front of the bus, where they took seats and continued to expound on how happy they were to be on a bus not full of black people.

Bear in mind that they started this exchange while standing right next to me, a 5'10" big black dude who is pretty hard to miss, plus to say nothing of the handful of other people of color on the bus. The other dusky types, as well as several of the previously-seated white people, exchanged looks that fairly screamed "Can you believe these fucking guys?" but no one said anything. Seriously, what would have been the point. If people are going to be that stupid with such brazen openness, there's probably no way to have a rational, grownup discussion of their attitudes with them. And they were lucky they didn't say that shit on the bus when it was packed with more "highly-rhythmic individuals." They definitely would have ended up in the ER, but then again they may just have been left alone after receiving a profanity-laden dressing down from an irate black person who decided against outright murdering them because they looked like a couple of lowlife pussies.
Posted by Bunche (pop culture ronin) at Sunday, May 06, 2018 1 comment: