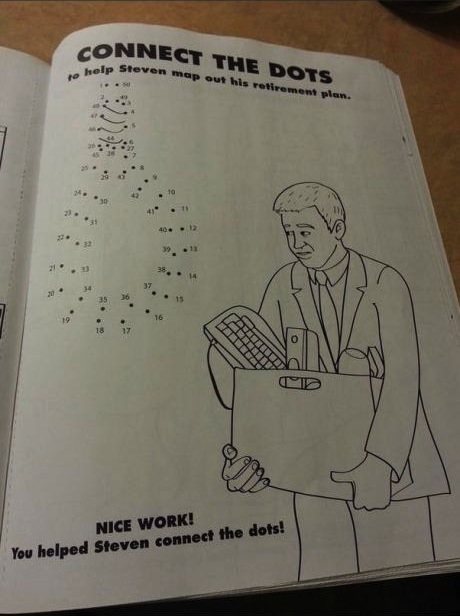 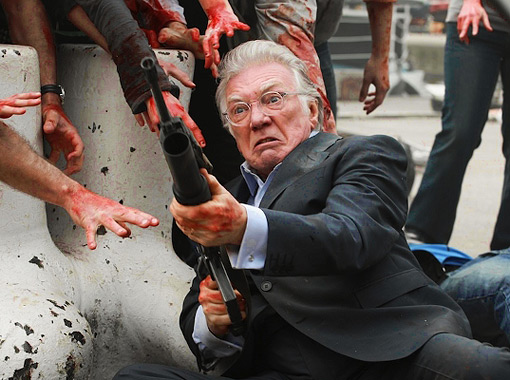 A few months ago, when I first heard of the British COCKNEYS VS ZOMBIES, I was intrigued by its potential as a character piece set during a zombie outbreak. The setup involving the pensioners looked like a great idea because instead of the now rote zombie shooting gallery tropes that are now a part of the horror story playbook, we would see how senior citizens, people whose bodies and agility had fallen victims to the  infirmities wrought by the aging process, would handle an ever-advancing maelstrom of famished fiends. As the story progresses, we're shown just how fucking tough some of the seniors are, especially foul-mouthed alpha fogey Ray Maguire (Alan Ford, whose Bricktop from SNATCH is now something of a cult hero), who was apparently some kind of fearsome gangster back in the days. No details about exactly what Ray and his cronies got up to during their heyday but it's made quite clear that there were illegal dealings aplenty and Ray and friends were not afraid to get murderous if it suited their agendas. That kind of character setup greatly appealed to me, plus the film was a zombie infestation comedy, British-style, so I eagerly anticipated the film getting a release in the States. Any film that might vie for the crown of the beloved SHAUN OF THE DEAD stood to be of interest and a potential ton of fun.

Unfortunately COCKNEYS VS ZOMBIES, while not terrible by any means, is rather a disappointment. The comedy is mostly tepid — and I say that as a lifelong lover of British humor — the younger characters are far less interesting than their elders, and while it's great to see Alan Ford's performance as Ray, the film pretty much squanders the presence of Honor Blackman as Peggy, whose level of comfort with an AK-47 raises many questions that receive not even the tiniest crumb of an answer. I can't speak for the rest of you but Honor Blackman has been one of my favorite actresses since I was a kid, thanks to her turn as Hera in the Ray Harryhausen masterpiece JASON AND THE ARGONAUTS (1963), and her role as the infamously-monikered Pussy Galore in the Connery-era James Bond classic GOLDFINGER (1964), the part for which she will never be forgotten. As of this writing she's 87 years old and still as bright-eyed and charming as ever, so her relatively limited screen time was both disappointing and a waste of a great opportunity. 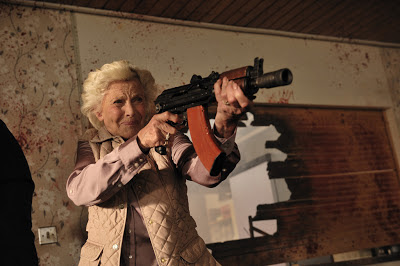 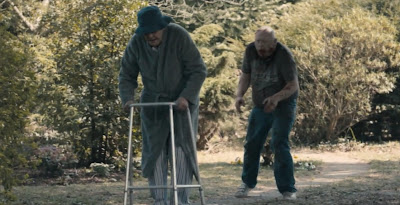 The bottom line on this one is that it's worth sitting through for Ray and a few bright spots, but don't believe the online hype about it from its native U.K. The reviews I saw COCKNEYS VS ZOMBIES online describe it as "fantastic" and "hilarious," so I wonder if that level of enthusiasm for it has to come from being part of the culture that spawned it and having a familiarity with and ingrained understanding of Cockneys as simply another flavor of being English and not as poorly-depicted and often badly-acted stereotypes/caricatures. I'll give the characters this: they are definitely not the broad and stale Cockney sitcom types that Americans have seen over the decades, and the more natural human approach was definitely welcome. Anyway, I give the film a grudging recommendation for zombie completists and followers of the horror-comedy sub-genre. As previously stated, it's not a bad movie, just flawed and more than a bit of a misfire. That said, there are infinitely worse ways to pass 87 minutes.  (Provided you can find it, that is. The film has yet to receive a U.S. release, theatrical or on DVD/Blu-Ray.) 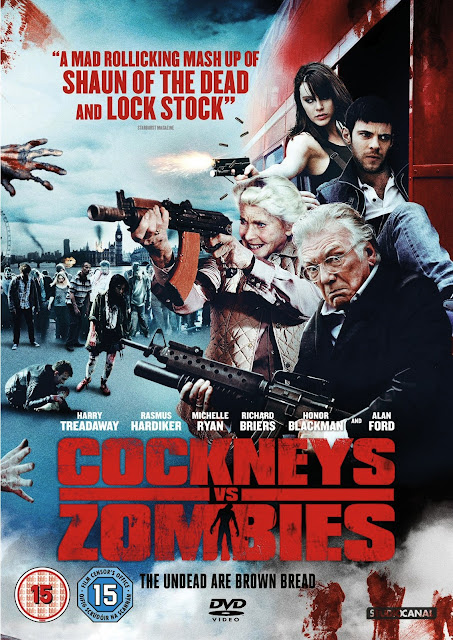 WHILE FIGHTING THE MALAISE, AN UNEXPECTED FIND

As those of you who are kind enough to still check in on this blog with regularity have no doubt noticed, I have barely posted anything for quite a while. To be frank, my life just has not been all that interesting of late and over the past couple of months there has been little new to discuss. The most major development of late was that I was in a relationship with a terrific lady, but a week before Valentine's Day we both agreed that the hoped-for connection just wasn't happening and it was best to nip things in the bud while we could still remain friends. I very much enjoy spending time and hanging out with her and her friends, so I'm okay with the way it worked out, but I must admit that I was bummed when it ended. And after that, not much else has been going on other than the ongoing search for a steady staff gig (which is proving fruitless), though I do have something brewing with a couple of collaborators. It's still in the embryonic stages and I can't discuss it yet, but I will fill you in when I get the okay.

Anyway, things have been in a seemingly interminable holding pattern, so tonight I was losing myself in music videos on YouTube, searching once again for whatever Devo obscurities I could unearth. (There's a shitload of that kind of thing to be had on YouTube, so if you're a fellow spud-head, I recommend taking a look.) While listening to "Pity You" for the umpteenth time — the guitar on that one makes me wiggle like a piece of elastic — I was reminded of Toni Basil's covers of Devo songs that she included on her 1982 WORD OF MOUTH album, which contained "Mickey," a #1 hit in the U.S., international hit, and an indelible milestone in 1980's pop culture that holds special resonance for those of us who were high-schoolers during the early days of MTV. (Back when they actually played music videos 24/7.) On WORD OF MOUTH, Basil applied her loopy style to Devo's "Pity You" (which hailed from their 1981 album, NEW TRADITIONALISTS and retitled "You Gotta Problem" for basil's purposes), "Space Girls" (a retitled "Space Girl Blues"), and "Be Stiff," all of which I played and watched the videos for. And while looking for more Toni Basil, I unexpectedly encountered the following item, her first single, released way back in 1966 when she was twenty-three. I knew she'd been a professional singer and dancer since childhood, but I had no idea she'd cut a record some sixteen years before "Mickey" conquered the airwaves. Here's the unjustly obscure "Breakaway," a quite good single that I can't believe I'd never heard of before tonight. Considering the state of mental stagnation I've been in, its lyrics really hit home. Enjoy!

Oh, and I promise to be back with more actual meat for this blog, and not just occasional posting of music that catches my interest. Getting back into the Vault may be just the thing I need to shake off this months-long psychological/emotional/motivational limbo, so STAY TUNED and thank you for your continuing interest and support!
Posted by Bunche (pop culture ronin) at Friday, March 01, 2013 2 comments: