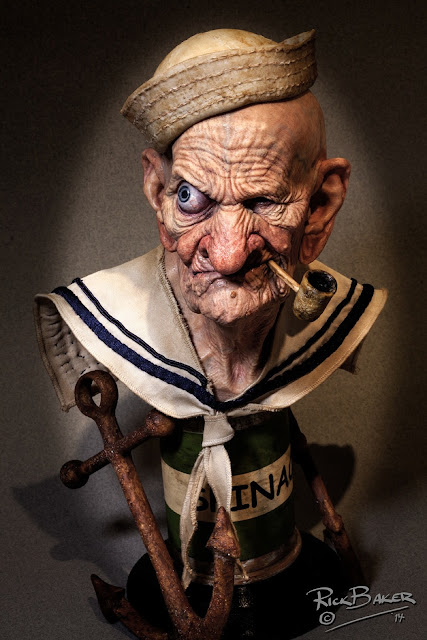 A phenomenon I have observed since moving to NYC sixteen years ago — !!! It’s been that long? — is that of older men drunkenly hanging around all day, shooting the shit at local Spanish-run convenience stores, or “bodegas” as we locals call them. Similar in concept to but more liquored up than the black-run barber shop where dudes sit around philosophizing (read “bullshitting”), these salsa-salons can be quite something to see, even to those of us who do not habla Espanol. For example, while living on Manhattan’s Upper West Side I had the singular pleasure of witnessing several Hispanic homeboys ranging between fifty and seventy-some-odd years of age singing a Heineken-fueled rendition of Meatloaf’s then-current hit “I Would Do Anything For Love,” or as they slurred it, “I Wuh Too Ennytin For Luff (But I Hwon Do Dat).” And let us not forget the just as fondly remembered sight of a would be mugger snatching an old lady’s purse while not watching where he was going and consequently running nuts-first into one of those solidly-rooted metal stumps for anchoring fire engines when the high-powered hose is in use. Upon hitting the pavement in testicular agony, the moron was jumped by about twelve bodega philosophers and beaten within an inch of his life while the old lady, whose stolen bag had been returned, laughed at his biblical ass-whuppin’.

Anyway, about an hour ago I strolled over to Jany’s meat market, a combination bodega/butcher shop, in search of beer and custom-sliced breakfast bacon, and while I waited for Chato the butcher to work his magic, who should wander over from the crowded gathering in the rear of the store but Popeye, a neighborhood rummy so nicknamed because of his physical and linguistic resemblance to the beloved and often incomprehensible cartoon sailor. Popeye is the lone white member of the back area cast of characters, and until today I thought he was Irish, but more on that shortly.

When he wandered over to me he shakily clutched two dollars in anticipation of his next bottle of freezer-chilled Heineken, and then he stared directly at me, recognition bringing his attention into focus.

“The whole fucking world is crazy,” he said. I nodded in agreement as he amended his comment with “The whole two-legged race is crazy. The Lord gave us a fucking brain, and look at how we use it…” It was then that I noticed his accent was kind of odd, perhaps middle-European or something.

He continued: “I mean, look at Martin Luther; he had a great idea and look at what they did to him. I’ve been to more countries before I was thirty than I can remember… Fucking Iraq…Iran…I lived in both and they fucking stink!!! If you believe in the stories, they say that paradise was right there, but for what? They’re just killing each other over it… Fucking two-legged race… That’s why I love my cats…”

“Why, them soldiers, they’d make us walk on a plank about two feet wide…for exercise! Exercise! I had them on one side, and the fucking Germans on the other… On a fucking two foot plank? And you know the Jews? If they could not produce… as a woman, you know? The old ways say that she must give you another woman, for having the children, you know? Even if you get the ugliest bitch in town…”

I had absolutely no fucking idea what the hell he was talking about, so I just stood there nodding in feigned understanding, praying for the swift arrival of my bacon. It soon arrived and as Popeye bought himself another libation he shouted to me, “Hey! Stay safe and don’t let the two-legged race make you crazy! Ha ha ha ha!!!” Too late for poor Popeye, apparently.
Posted by Bunche (pop culture ronin) at Tuesday, January 24, 2006

Labels: ON THE SIDEWALKS OF NEW YORK, TRUE LIFE ADVENTURES

Ya know, Heineken comes in a green bottle. Spinach is green. Coincidence?

Jeeze, I thought ol' Popeye sounded kind of cool. His grammar was much better than I'd have expected from a street guy. Which just goes to show how fucking ignorant I am.

It's easy for me to say, of course. I didn't have to smell him.