HAPPY פסח FROM THE VAULT OF BUNCHENESS!

To all my Red Sea Pedestrian readers, Happy Passover! And enjoy this classic from the October 1977 issue of NATIONAL LAMPOON, an excerpt from "The Unreleased Albums of John, Paul, George and Ringo," credited to the magazine's editors: 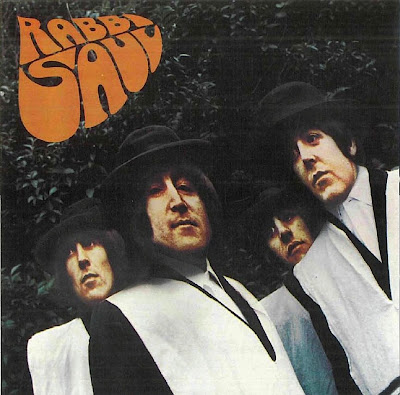 RABBI SAUL (1967) This album was recorded for the benefit of Queenie Epstein on the occasion of her son Brian's untimely death. The idea was simply to cheer her up after her terrible loss; but not content with being cheered up, Queenie wanted to have the album released, claiming it would make "a pile." When the group refused, she sued, claiming that since they had given her the album, she owned it outright. The court case continued until Allen Klein took over management of the Beatles, at which point Mrs. Epstein inexplicably dropped the suit.

Ha. IF I KVELL! still laughing. thanks.
Nicole

Hey, Steve, how'd you get the Hebrew lettering?? It's great!

Spent Passover in Westport this week (just got back to Massachusetts yesterday) - went out for barbecue Monday night with my folks and my son.

We all dined on pig.