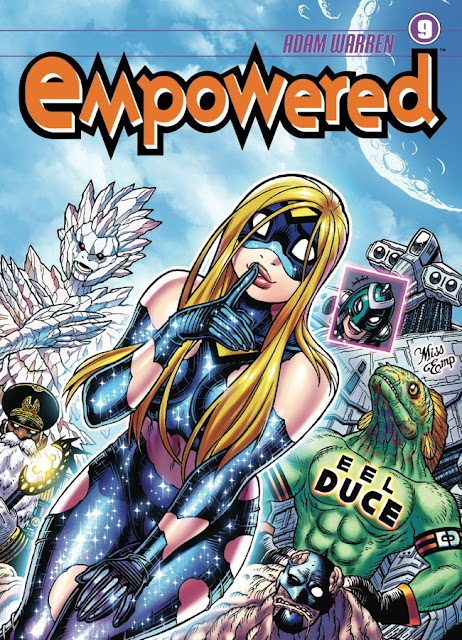 I just finished reading EMPOWERED Volume 9 and it did not disappoint. Over a year-and-a-half between volumes is a looooong wait for a series as entertaining as this, but I'm perfectly happy to endure for a work of this quality.

Following her illegal adventure to Object 524 with Sistah Spooky, who lost an arm in the process, Emp finds herself tried by a jury of her assholish superpowered peers and sentenced to...No, that would be telling! 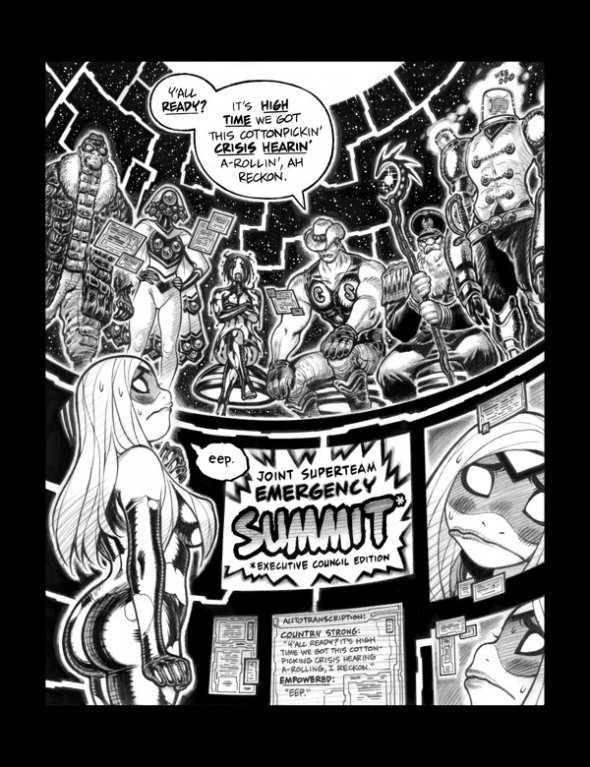 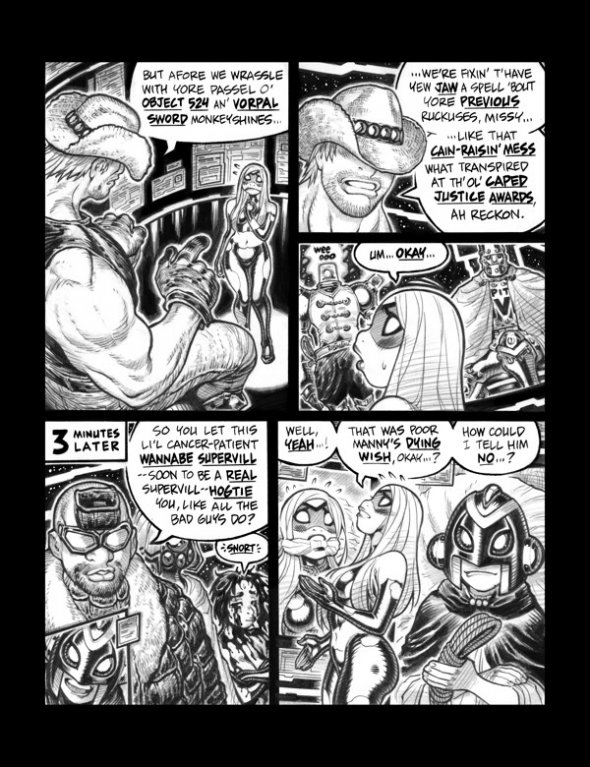 Let it suffice to say that Emp's mettle is sorely tested in this installment and she reveals herself to be a more formidable super-presence than she ever would have imagined. It's engaging, funny, and even moving, so what's not to love? Adam Warren knocks it out of the ark yet again, in both the story and art departments, thus insuring EMPOWERED remains my favorite currently-running comics series. My only complaint is that regular characters Thugboy and Ninjette only appear briefly, but that deficiency is directly addressed and is promised to be remedied in the next volume. HIGHEST RECOMMENDATION (though admittedly not for all tastes).
Posted by Bunche (pop culture ronin) at Wednesday, August 26, 2015