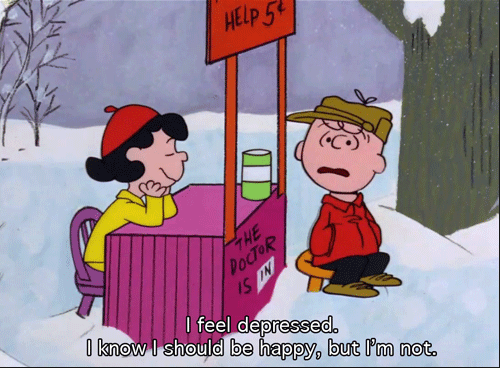 I'm packing for the yuletide trip home to Connecticut and I am filled with a crawling sense of dread.

Those of you who have known me in the real world since I was in my early teens is aware that my relationship with my mother has been a study in contentious dysfunction, punctuated by brief moments in which my mom can be very sweet and a lot of fun to be around. My years spent under her roof living with her made it so that I genuinely feel like I have PTSD at the mere thought of spending even the slightest amount of time there.

It took me decades to either do the detective work for myself or sit there utterly gobsmacked as, in rare unguarded moments, mom filled me in on some truly horrible aspects of her rigid, ultra-dysfunctional southern matriarchal upbringing and subsequent experiences in life, so I totally understand why she is the way she is. I understand it, but that does not make it any more tolerable to be around. She's simply too damaged by a life where her every legitimate and impressive accomplishment is unjustly balanced by tragedy and awfulness (of sorts that are not mine to discuss publicly) and she's too stubbornly set in her ways. For however much time she has left, she will never change, and I long ago accepted that as a sad fact. All of which is made worse by the fact that I know most of her behavior over the last four decades was not intentionally malicious. I know that she adores me, as I am her only child, but her upbringing did not equip her with the proper tools with which to regularly communicate and express familial affection in healthy ways. The judgment, the imperiousness, the sheer inflexibility, the prudishness and prejudices instilled by the horrors of her formative years were programming of the most unbreakable order, and more's the pity because she's an otherwise remarkable human being. When she inevitably gives up the Ghost, I will not mourn for her overall, but will instead mourn for the Mildred Delores Bunche who only rarely let down her Adamantium emotional armor and allowed herself to be lovable and fun. Those moments were as rare as tits on a trout, and they are quite precious to me.

And now that she's terminally ill, this Christmas will likely be a mentally and emotionally exhausting doozy. I've tried to go into it with a positive attitude, but our relationship is contentious under even the best of circumstances, so throw her almost-85-year-old crotchetiness and the anti-delight that is lung cancer and bleeding ulcers into the mix and you have a recipe for pecan Christmas cookies in which what at first were passed off as pecans are in actuality cockroaches.

So, to those of you out there who are fortunate to have families and loved ones with whom you are more than happy to spend time, especially during the annual holidays that are meant to bolster the sanctity of the hoped-for happy family unit, you have my envy. If you and your family have even a modicum of genuine enjoyment of spending time with one another, and if the annual holidays do not fill you with nervous edginess and inevitable seasonal depression, never forget how truly fortunate you are.
Posted by Bunche (pop culture ronin) at Tuesday, December 19, 2017

I know I am just a stranger to you but for what little it is worth, you are in my thoughts as is your mother. Peace and best wishes to you both.