TO ROBERT COUSLAND (and other loyal readers) 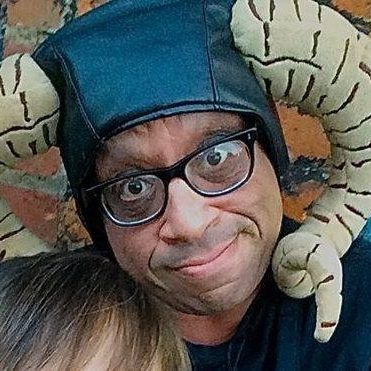 (to be read while listening to "Waffle Stomp" by Joe Walsh)

Just dropping a quick note to state that those of you who have left comments on various posts of mine were not intentionally ignored. I have my comments section set up so that I can weed out the ads and other unwanted detritus from robots and other from whom I do not wish to hear. If you are one of the people who are kind enough to still bother reading my drivel after the unconscionably long stretches of time that sometimes occur between posts, your continued readership is greatly appreciated, as I do this simply for fun and/or to keep track of all the stuff rattling around in the vortex that my brain floats in.

In recent years there have been a number of major life setbacks that have derailed much of what I do, both personally and professionally, including ongoing health issues, my mother nearly being killed in a car accident and her subsequent struggle back to functionality with a months-long stay in a physical rehab facility while I shuttled back and forth to her home to handle her affairs while she was away, and a whole bunch of other crap, so you can see how I have been both distracted and mired in deep depression. That said, over the past year my health has finally been on the upswing and I'm once again getting out and properly tackling life as I should be, so my output here will likewise see an upswing.

But the reason I'm bringing all of this up is that due to yet another kick in the head from life, specifically the unexpected demise of a dear friend and mentor, I remembered to check this blog's comments moderation section for the first time in a couple of years. In doing so I realized there were a lot of comments from several regular readers I did not even realize I had, as well as longstanding friends. One Robert Cousland stands out as a regular leaver of comments and I swear to god that I am sorry for not having either posted your comments or responded to them in any way, so, Robert, please accept my most humble of apologies for that unintentional lapse in courtesy. Same goes for the rest of you.

Anyway, stay tuned and I promise that more stuff is on the way. I'm currently working on this year's 31 DAYS OF HORROR essays, and there will also be looks at the 2018 NY Comic Con in a couple of weeks, followed by a photo safari of the Chiller Theatre convention at the end of the month.

So, once again, thank you for your support and apparently endless patience!

I completely understand Sir Bunche and I am honored to know that my brief comments are seen and appreciated. Since finding your blog several years ago, I have come to think of you as a friend of sorts. I am ever delighted to read something new from you. Your way with words, your adventures both good and bad, your thoughts and insights, all deeply resonate with me and I guess it was important to me to let you know that. I know you have much with which you are dealing and have for sometime. I just did not want you to think that your voice went unheard. That somewhere across the great interweb void, someone heard you and cared, even if there is little they can do to help. I genuinely hope that one day our paths will cross at a convention or some other such gathering, and I might buy you a drink or three. Till then, whether I comment or not, I am always checking to see how you are doing and what new battle you wage with the Universe. It always brightens my day. Much as a surprise call from and old, and dear friend. Be well Sir Bunche.