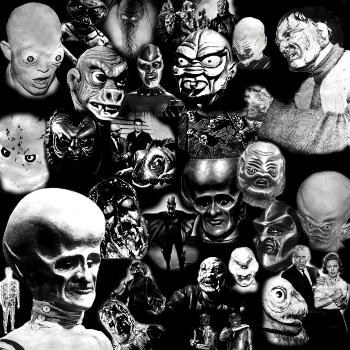 
When one's bear trap memory finally comes through: While listening to a YouTube critic expound on his favorite James Bond soundtracks, I searched Amazon for expanded CD editions of the Bond albums I've had on vinyl since I was a fledgling collector (age 9), as the vinyls did not feature all of the music used in the individual scores. During the search I stumbled across the 1966 soundtrack to MISSION: IMPOSSIBLE, and I was reminded of a vintage promotional single I have that features the famous theme tune and an unnamed instrumental on the B-Side. I sampled each album track and finally discovered that the unnamed B-side was entitled "Jim On the Move," but, curious to hear what the other tracks might yield, I tested the entire album. In doing so I quite unexpectedly ended a music search that has taken me nearly fifty years to complete.
Between the ages of six months and just two weeks before turning seven, my formative years were spent in South San Francisco, where I was first exposed to much of the movies and TV that shaped my tastes, and it was there that I discovered the original THE OUTER LIMITS at a very tender age. I don't recall the number of the independent station that it used to run on in repeats — possibly Channel 44? — but I never forgot its commercial for the show's reruns. It was a nicely-edited black & white montage of assorted monsters and aliens— or "bears," as they were referred to behind the scenes when the series in active production — so my attention was guaranteed, set to a memorable instrumental tune that has been stuck in my head for 48 years. I tried to find out what that tune was via whatever research means were available, but not even the advent of the internet yielded an answer. Until just now.
When sampling the MISSION: IMPOSSIBLE soundtrack, the available snippet that set off my memory alarms to red alert was from a piece appropriately entitled "Mission Accomplished," but while I recognized the snippet, it was not the specific hook that had haunted me for so long, so I looked on YouTube for the exact item. Sure enough, "Mission Accomplished" was EXACTLY that long-sought-after instrumental. Do any of you other Bay Area kids of my age remember this tune?
Posted by Bunche (pop culture ronin) at Monday, June 15, 2020

Labels: GEEKIN' OUT, SOUND and FURY

if you're a fan of Lalo Schifrin (who worked as a lad in Argentina with none other than Piazzolla!) check out the sublime soundtrack to Tango (1998)