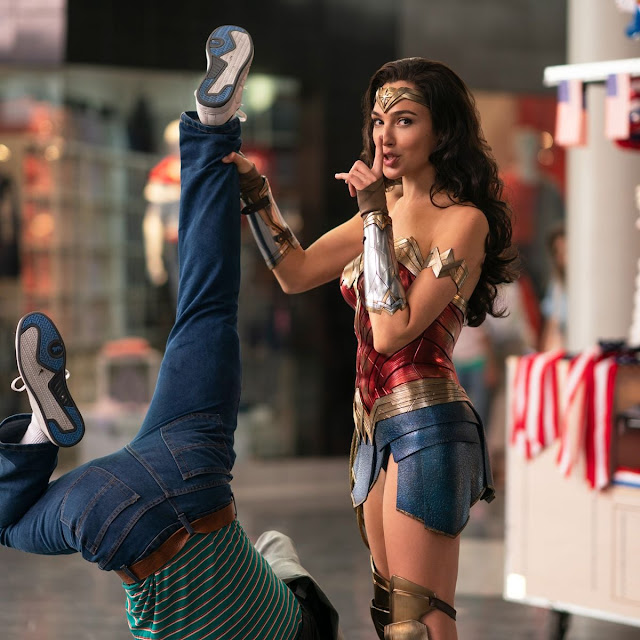 Gal Gadot returns.
It's Christmas Day and WONDER WOMAN 1984 has dropped in selected theaters and simultaneously in theaters. Was is as good as director Patty Jenkins's inaugural entry in the series? Here are my thoughts on the matter, speaking as a lifelong Wonder Woman boster who was raised by a first-generation reader of the comics during the Golden Age:
Bottom Line: WONDER WOMAN 1984 is a fun flick and a better-than-average sequel that actually sticks to the themes of its character and what she's about at her core. It's too long for its own good, but it's paced briskly enough and does not fall flat at the ending like the first film did. (That said, the ending may come off as a tad less flashy and slam-bang as some might want, but I thought it fit Diana and her themes.)
Lastly, as a film for ending this utterly miserable garbage fire of a year, this film solidly delivers a much-needed dose of sunshine, kindness, and hope. B+
Posted by Bunche (pop culture ronin) at Friday, December 25, 2020