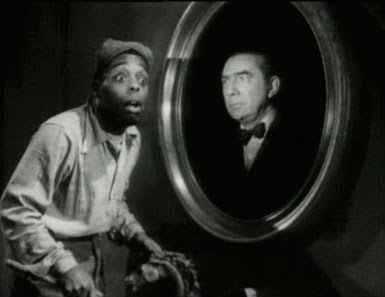 The squeal of tires peeling out cut through the silence of the night like a bone saw through a cadaver’s chest. To Duffy it was a trumpet’s blare heralding a night of intoxicant-fueled adventure, and with his pal, Root, at the wheel the evening was pregnant with possibility, dude.

They’d been prowling the privileged back streets of Westport in search of any sort of diversion; slutty girls in three-sizes-too-small Led Zepplin T’s who might sloppily suck their dicks if plied with some peach schnapps, scoring a connection for booger sugar at the local arcade — provided they could get past the rinky-dink security set up by that faggot gangster pedophile who owned the place and had kicked them out two weeks previous for booting beer foam and half-digested light-bulb-warmed pizza all over the Space Invaders console — , spray-painting pejorative graffiti against their high school administrators on the outer wall of the high school's field house, spraying accelerants into mailboxes and sparking them up, ragging on all those fuckin’ homos and dykes coming out of the Brook Café…

Man, any of that shit could happen and be awesome, but the boys needed something special. Really special, but what’d be totally fucking perfect?

The repeating strobe blur of affluent suburbia’s demi-mansions looming, all bright and ostentatious in front of them, swept swiftly past and smeared across the windows as they faded into the rear, only to start over again. The glow-in-the-dark orange of the too-close full moon.

Yeah… The acid’s wrestlin’ with the pot, and with a backseat cooler full of beers and hard liquor, there was a whole world of epic thrills to be conquered. They were fuckin’ heroes, man, scouring the badlands for boredom so they could kick it in the fuckin’ ass! All they needed was a sign from the gods of partyin’, and their task would be made clear.

The car wound its way through the labyrinth of Valley Road, and it took all of Root’s skills as a drunk driver to keep it on the right side of the street. Rounding a sharp corner, the pairs' addled vision spotted a white-lipped nigger in what looked like a foxhunting jacket holding out his arm, offering a rusty metal ring. And wouldn’t you know it? Fucking coon isn’t getting out of our way, and he’s mockin’ us, standin’ like a fuckin’ faggot!

The car swerved into a shrub arrangement in an effort to avoid running over the stupid spook and Root killed the engine with a bitter flick of his wrist, twisting the key free from the dash. He half-leapt, half-fell from the vehicle onto the lawn and hollered, “What’s yer fuckin’ problem, boy?” at the ebony figure. Then the boys realized it was just a cement lawn jockey, but it was oh-so-much more than just that. It was their sign. Tonight they would head out of Westport and go spookin’!

As Witchfinder General’s imaginatively titled “Witchfinder General” bansheed out of the car’s speakers, their Camaro crossed the Saugatuck Bridge, nearing the border of Norwalk, specifically South Norwalk. The place was totally without morals, man, and stuffed with all the spooks they’d need for their little bit of entertainment.

Spookin’ was a game of timing and skill, definitely not for pussies. The object was to find a nigger, drive up right next to him and yell, “Hey, nigger!” as loud as possible, and then haul ass. You had to haul ass because otherwise the spook might haul you out of the car and kill you. Then they’d fuck you, and whatever else they do to lead up to one of their cannibal feasts. And for the really brave, the perfect way to spice up spookin’ was to drive as fast as possible after a likely boogie and chase the fucker, even all over the sidewalk. And who cared if you fucked up one of their lawns, or fences, or even a front porch? Their houses were all fucking rat traps anyway. And if you hit one of the chocolate folks, the local cops couldn’t care less; just one more of them offa the streets so they don’t have to bother with arresting them in the first place. It was a win/win any way you looked at it.

As the last of his twelfth Coors trickled down his gullet, Duffy tossed the beer can over his shoulder, adding to the mountain of discarded aluminum in the back seat, and began rolling a fat joint. He sparked the end and inhaled deeply, eventually passing the illicit smoke to Root. A navigator needed to be sharp, and a good hit was just what the doctor ordered. Root sucked down several lungfulls, washed them down with a slug of peach schnapps, and complemented the thick liquor with a beer chaser. Soon now, very soon…

Duffy slapped Root on the shoulder and pointed to a teen spook on the sidewalk ahead of them. Root smiled like a Jack ‘o lantern and gunned the engine. With a roar, the Camaro accelerated at the kid like a shot, and the wide-eyed smudge ran for his life.

Knocking over trash cans, Root and Duffy whooped and hollered as the car bore them on their hunt, every nerve alive, every sense sharp; so sharp that the boy they pursued looked like three people, and when all three lined up the target would be had.

The kid dove over a flimsy picket fence and landed face first into a soggy bag of raked leaves, narrowly missing being clipped by the speeding Camaro. The car halted, and the boys stuck out their heads to yell, “Hey, nigger!” Laughing, they peeled out into the street at eighty miles per hour, looking over their shoulders through the rear window at the spooked spook.

The boys were thrown forward by the sledgehammer impact as the front end of the Camaro wrapped itself around the street lamp they swerved into. Duffy’s football-thug bulk torpedoed through the windshield, crushing his skull and shredding the flesh from his face, his corpse rolling to an eventual stop in the garbage-strewn street. Root’s teeth were savagely wrenched from his mouth and dispersed into his esophagus upon making contact with the unyielding steering wheel. His neck snapped back and he began to choke on the blood and dental fragments.

Soon the Camaro ignited, and the unconscious Root's flesh fused with the now-molten pleather seat cushions.

Wow that was dark! Was this based on a true story?