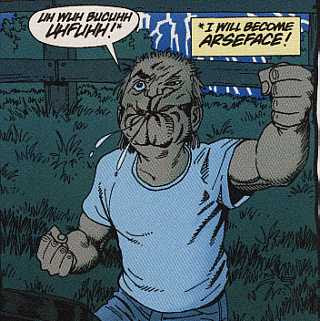 Garth Ennis and Steve Dillon's Arseface, from PREACHER.
While doing some research at a couple of local pubs the other night, I was rather amused to discover that Arseface, one of the more memorable characters from Garth Ennis and Steve Dillon's PREACHER (1995-2000) comics series, turned up as bathroom graffiti in watering holes some nine or ten blocks apart. The first example was drawn on the wastebasket in the men's room at The Gate: 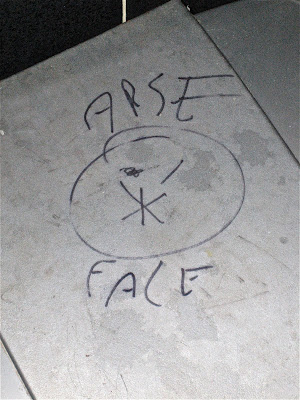 While this second example was rendered large on the wall of one of Commonwealth's two unisex lavatories: 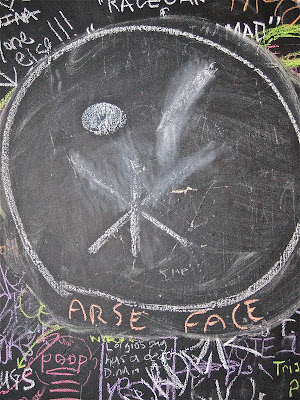 Clearly some enterprising scrawler has adopted the character as his tag, so now I'll have to keep a lookout for more of these in and around the Park Slope area. Please write in with location info if you spot any more!
Posted by Bunche (pop culture ronin) at Wednesday, July 04, 2012