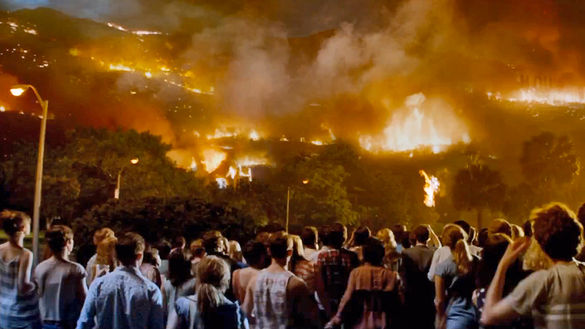 So I had a free movie ticket that I earned via my membership in the Regal theater chain's club, and I figured I'd finally use it. The problem was that the local Regal theater, the beautiful but ghetto-licious Court Street Stadium 12, is deep in the throes of the early portion of the summer blockbuster season, so most of its auditoriums were taken up with multiple screenings of the current top hits, the major of which I have already seen, so it was between THE PURGE and THIS IS THE END as the flick I would expend my freebie on. I chose THIS IS THE END and I could not possibly be happier with that decision.

The biblical apocalypse suddenly happens, complete with The Rapture, and a number of current movie stars find themselves trapped together at the house of James Franco (playing himself), where a party was in full swing until the end of the world breaks out. We're talking the earth opening up, earthquakes, yawning chasms of what is presumably hellfire, violence and total lawlessness in the streets, demons running around...You name it, and if it's bad, it's happening, so our trapped celebs — Seth Rogen, Jay Baruchel, Jonah Hill, Craig Robinson, and Danny McBride, all playing themselves — opt to sit it all out, safely (?) barricaded in Franco's house. Food and water are limited, nerves fray by the second, and as the group begins to accept that it's not just some horrific natural disaster but actually the motherfucking apocalypse, they also stop to ask why they, actors whose work supposedly brings joy to the masses, did not ascend to Heaven when the shit went down.

Once we're clear that the apocalypse has hit, there's really no plot to speak of, but the setup of the actors trapped together allows for an avalanche of hilarious character study featuring one of the most laugh-out-loud hysterical scripts to come along in ages. The performances are all good straight across the board and the cameos by a good number of celebs who are not the focus of the narrative are all a hell of a lot of fun. Here's the breakdown: 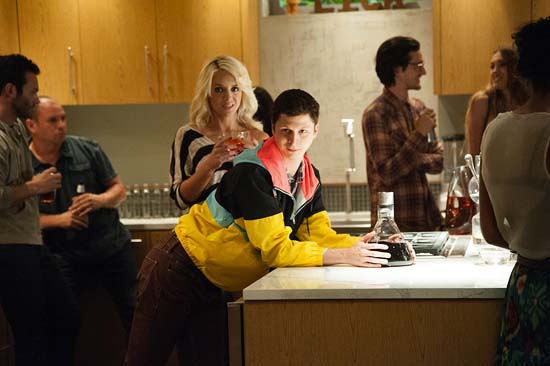 Michael Cera, kissing his usual image goodbye with a vengeance. 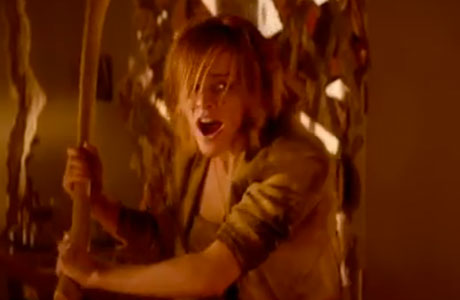 Hermione no more!
Full of the contemporary stoner humor and bromance tropes that I've come to expect and mostly dread over the past fifteen years or so, the film nonetheless has a very active brain in its head and it treats its over-the-top goings-on with far more intelligence than something like this has any right to possess. Seriously, I wish more comedies were even half as genuinely funny as THIS IS THE END, so let's see if the love the film is receiving causes Hollywood to take note of just why it all works as well as it does and start making comedies that actually bring the laughs we pay good money to see. Enough with that Freidberg & Seltzer DATE/SCARY/EPIC/DISASTER MOVIE bullshit! 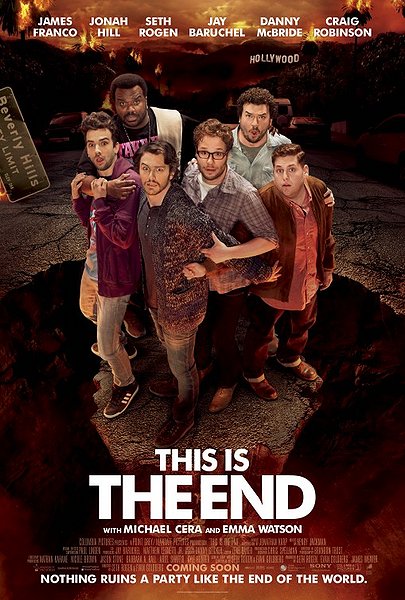 Good review Ronin. Kept me laughing from beginning-to-end, and still has me laughing now as I think about certain lines and jokes.