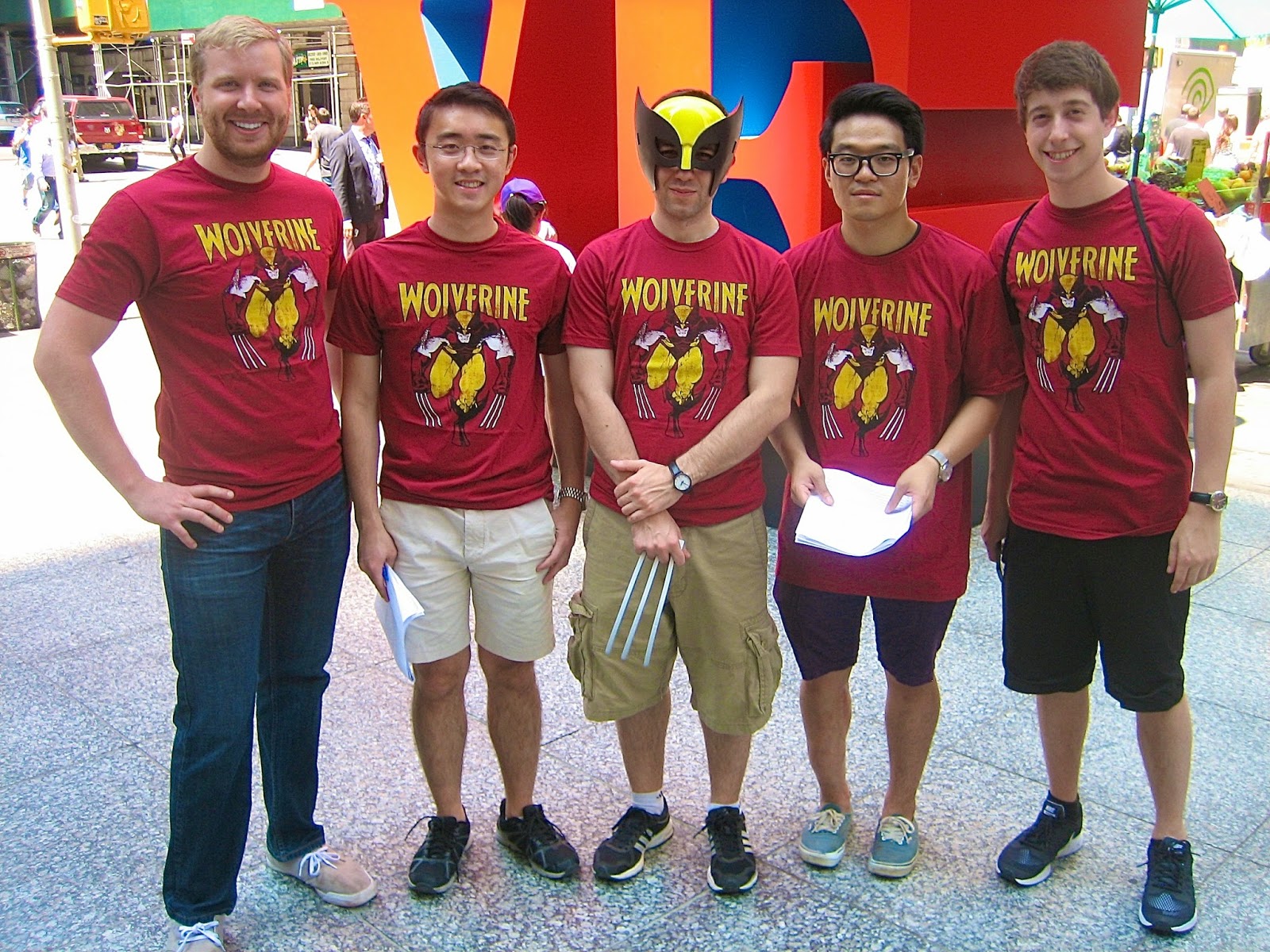 Ran into these guys on the corner of 55th Street and 6th Avenue in Manhattan while meeting a friend. I approached them to ask why they were all wearing and Arthur Adams Wolverine shirt and they told me they were part of a corporate scavenger hunt. We chatted about comics and when they heard about my being a veteran of both Marvel Comics and DC/Vertigo, as well as my history as a reviewer, and pop culture commentator/consultant, they asked if I would be considered a celebrity. I said I didn't think so but I am an internet presence whose credentials are easily verifiable, so they added me to their list of things they needed to check off on their scavenger hunt, documenting the encounter with a cell phone photograph with me.

Just goes to show you never can predict what will happen on the sidewalks of NYC!
Posted by Bunche (pop culture ronin) at Friday, July 25, 2014