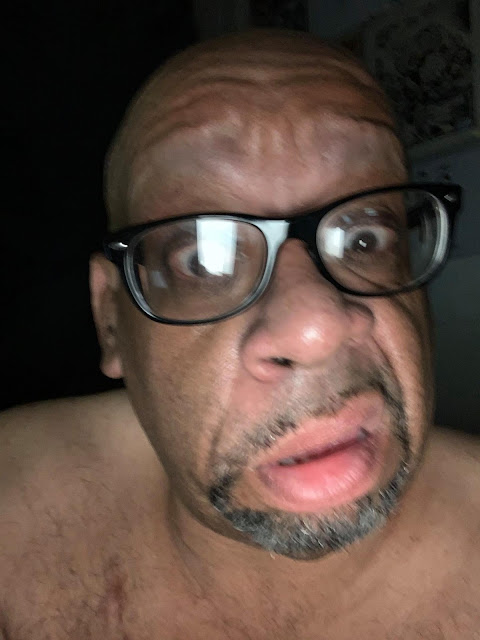 Just after waking up and while still in a muzzy still semi-asleep state, I thought to myself, "I am middle-aged." l had never thought of myself as such, even when moving out of my thirties, or even when I received my AARP card (when I got it I just laughed). I am currently 55 and turning 56 at the end of next month. My ongoing illnesses aside, I feel little different than I did in my youth. Yes, my body is manifesting the expected frailties of aging, such as joint pain, night sweats, et cetera, but I either wrote them off or accepted them with a "that's life" nonchalance. But yeah, I am middle-aged. It's a kick in the head.
Middle-age is defined as being between 40 and 60, so I'm technically five years away from being a senior citizen. My mother's line is known for their longevity, as exemplified by her, who is currently 88 and shows no sign of shutting down. Mom's mother's line, the James family, has a weird thing where all of the female die at 78, like some sort of built-in shutdown age,  while Mom has the Injun Smith genes from her father, and the oldest woman on his side of the family died at 104. While visiting with Mom recently, she noted her family's longevity and said that even though battered and weakened from that near-fatal car crash five years ago, and cancer in both lungs, she would not be surprised if she hung on into her '90's, and she's pushing 90. I have no idea how long I will live, but despite the isolation from my friends and little or no socializing, all the bullshit in the world at large, and my endless cycle of illness, life could be a lot worse.
Middle-age can give one new perspectives to consider, and I have found that with age there can come wisdom. Being stuck in hospitals or in the dialysis chair, I had a LOT of time for introspection, and I had time to think hard about how I lived my life and the many mistakes that I made. Now that I am older and having matured quite a lot due to how my life journey has gone over the past eight years, l am facing the world with a new attitude and will be going forward with intent to strive to live the life of serene urban warrior scribe. My wild years are now behind me and, to be honest, while they were fun, during that time I did some very stupid shit, and how I never got arrested remains a mystery.
No more all-night tequila and weed binges and no more drunken dancing atop bars. No more hooking up with crazy women. No more self-destructive behavior in general. Without conscious intent, for around 23 years I was miserable deep inside, so I sought death by misadventure. Thankfully, my job anchoring the kitchen at the barbecue joint for two years allowed me to see clearly exactly what my behavior was and what it looked like, thanks to the antics of many of our bar's regulars. Witnessing their drunken, drugged-out shenanigans and dead end lifestyle was a wakeup call that I heeded, and the realization I had been like some of them set me straight.
I still imbibe on occasion, and the same goes for getting high, but of late I have been content to sip my Earl Grey and contemplate what a chaotic journey my life has been. My only deep regret is that in my more immature days I did wrong by two of the best women I have ever been involved with and who would have been ideal steady companions and maybe even spouses. I used to fear real commitment, thanks to my formative years and witnessing the shit show that was my parents marriage, but now I'm over that but am alone thanks to my earlier self's immature and scared actions. I would give a lot for a female companion these days. I may be centered, but this urban warrior scribe is deeply lonely.
But enough of my blathering. Get on with your own journey, and may it be an enlightened one.
Posted by Bunche (pop culture ronin) at Monday, May 17, 2021

Turned 47 a few days ago. I don't really feel all that different from how I did five or even ten years ago. For me, being middle-aged has got me thinking about retirement. For a long time I never gave it any thought, since it was so far off and neither my father nor his father made it anywhere close to it. But now I'm thinking I might, and though I've still got some time I know it's not really that much from the standpoint of creating a nest egg. I'm working on pursuing some further schooling so I can, I hope, be ready, but it's still a little troubling.

Wishing you well and hope that kidney has been found. W