THE BEAUTY OF NEW YORK CITY-REASON # 73 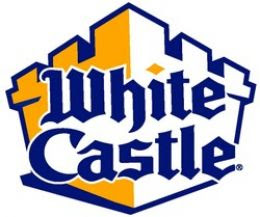 So there I was, eating lunch at a local White Castle — a particularly scurvy one which caters to the dregs of humanity more than these establishments usually do, since this location doesn't give a fuck about whether the regular junkies and beggars pretty much take up residence without paying rent, or whether they perpetually harass the customers for money while a foot-long bolus of mucous or spittle dangles from their noses or mouths — when a guy entered the restaurant with a bulging gym bag.

This upstanding citizen looked at me and said "Yo, nigga! I gots DVD's an' shit!" The DVD's in question were undoubtedly of questionable quality, and more likely than not shot off of a movie screen by an enterprising video-bootlegger who had smuggled a video camera into the theater; not easy to do anymore since security measures at press screenings these days stop just short of a strip-search and flashlight-assisted cavity probe. Anyway, I asked him "whatcha got?" and he furtively displayed his ill-gotten wares.

Now, I am firmly against film piracy, but under the right ridiculous circumstances I have been known to buy the occasional bootleg DVD. Those circumstances usually involve a film being made available to me on DVD on the same day or night as I'm seeing the film in question. I purchased a bootleg of THE MATRIX RELOADED while walking down the street on the way to see the movie, and in a much more balls-out brazen situation, I obtained KILL BILL VOLUME 1 while on line to see it on opening night when a guy set up an open suitcase full of bootleg DVDs at the front of the line and in full sight of the uncaring theater staff.

This time, however, the utterly illegal situation upped the ante and I handed the man five bucks up front. I was less concerned with the movie than I was with the incredible circumstances of the purchase: I was able to buy a bootleg DVD of HAROLD AND KUMAR GO TO WHITE CASTLE on the day the film opened at the location that the film's central motivation was about.

I'd say being able to truthfully tell that story was worth the five bucks, and the bootleg itself was very good (as those things go). And the movie itself is funny as hell, coming from nowhere to be not only one of the few intelligent stoner comedies, but it's also a great piss-take on ethnic stereotypes in the US. HIGHLY RECOMMENDED!
Posted by Bunche (pop culture ronin) at Tuesday, August 03, 2004