FAY WRAY, KING KONG AND THE END OF AN ERA 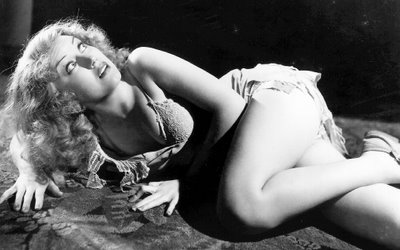 Yesterday word of Fay Wray’s death at age 96 hit the news. Fay Wray, leading lady in the classic 1933 version of KING KONG, screamer extraordinaire and the cinema’s quintessential damsel in distress. The black and white image of her stunning blonde beauty, adorned in naught but a torn teddy while struggling to escape the fearsome-yet-adoring clutches of the thirty-foot monster god of an uncharted island has been carved in stone as a cinematic landmark for seventy-one years and is unforgettable proof of the dream machine that was once the Golden Age of Hollywood.

Upon hearing of Miss Wray’s passing the first thing that crossed my mind was “Was she the last person involved in KING KONG to go?” If she was, she may have been the last of a dying breed, the old-school Hollywood movie star. When one thinks of those who pass for stars these days, that’s a sad thought indeed. Will Keanu Reeves, Brittany Murphy or even Adam Sandler be remembered down the line with the fondness afforded Wray and her contemporaries? I sincerely doubt it, and that’s ironic since Wray publicly bemoaned the fact that the mythic status of her role in KING KONG lead to the overshadowing of every other part she essayed. 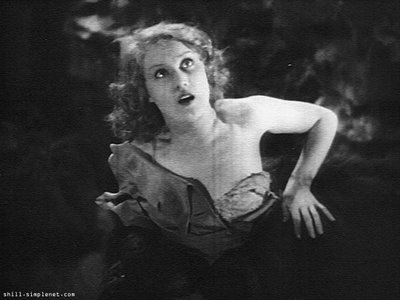 With the flagrant love that I have for giant monster films it should come as no surprise to anyone that the 1933 KING KONG is my favorite movie. I say movie because film is a somewhat lofty term often applied to films by artists such as Bergman, Kurosawa and Jarmusch, items of deep examination of the human condition and such. Not so with KONG; KING KONG is a rollicking piece of entertainment, sheer fun from start to finish with nothing on its mind except entertaining its audience and placing the viewer firmly within an adventure into the fantastic. Fun and entertainment is what it’s all about, and by those criteria KING KONG is a great movie.

A Depression-era adventure yarn like no other, KING KONG has mood, romance, thrills and balls-out monster action from start to finish and several sequences that have since become ingrained into the worldwide popular culture. And considering that Kong himself has existed on his island for thousands of years, I have always wondered what his typical day was like. During the harrowing adventure shared by Anne Darrow and Jack Driscoll deep within the teeming jungle of Skull Island, we see Kong handing out ass-whuppings on his fellow jungle denizens like it was Halloween candy. Remove the two hapless humans from that picture and you have to realize that Kong’s day-to-day existence would have sucked most egregiously when he wasn’t being offered native women with which to do God only knows what. I can see it now: the big guy is lumbering down a dense forest path when, suddenly, some primordial crawly thing drops out of a tree and attempts to eat his face. Kong savagely dispatches this creature and continues on his mighty way. Then, without warning, a Tyrannosaurus Rex jumps out a ditch and tries to bite his nuts off. Our giant-ape-about-town puts much foot to scaly ass and vanquishes the errant T-Rex by ripping off its head and taking a big dump down its throat. After foraging for whatever may constitute the diet of a thirty-foot primate, Kong returns to his mountain top lair to chill out and relax. As he reclines and begins to nod off to Slumberland, a giant carrion bird swoops from the skies and tries to lodge its beak up Kong’s hairy ass. Kong clenches his titanic butt-cheek muscles, breaking the bird’s neck like a Mister Salty pretzel stick. Kong then stands atop the corpse, throws back his head and drums on his chest. He lets out a cry of what may appear to be triumph, but he’s more likely saying “Can’t I go through just one day without somebody trying to eat my ass? FUCK!!!”

In honor of Fay Wray’s passing, I watched the film again last night, and it was sort of like attending the wake of someone I’d known since childhood. I just wish that I could have invited everyone I know over to share it with me. 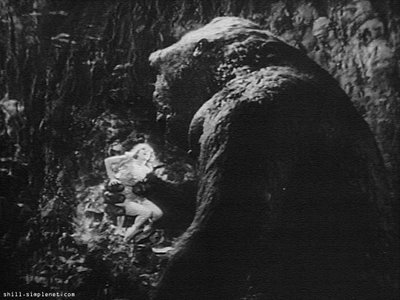