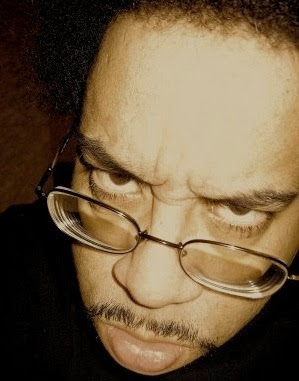 A good friend of mine whom I’ve known for over twenty-five years recently noted that due to many diverse factors our thirties are the new twenties, and the more I think upon that statement I realize that she’s absolutely right.

I left home to find fame and fortune in early 1990 and spent much of the Nineties enjoying the sort of extended post-collegiate party-boy-with-a-job existence that usually comes to a halt at around the age of twenty-five, yet I and many of my friends held on with a vengeance to the reckless thrills and borderline-delinquency of the days when we first congregated. Turning thirty in June of 1995 did little to alter my routine and I soldiered on in a relatively low-paying job in the field that I wanted to be a part of since I was a kid; the comics biz is notorious for rock bottom pay unless you happen to be in the right place at the right time, but those of us who stuck with it despite the lack of fair financial reward did it for love of comics as a whole, and that’s how the biz can hook you for life. But looking back on it now, sticking with the production department end of things for as long as I did offered little advancement in my chosen field and offered mostly a steady paycheck, medical benefits (which are admittedly nothing to sneeze at) and a comfortable space in which to work. Basically I was still thinking like a teenager who was stuck in a rut and afraid to move on and get a real job.

To their credit, many of my like-minded friends found the balls to move on and at least attempt something different while I accepted my place in the Marvel Bullpen as a loyal retainer to a steadily-changing comics-empire daimyo. My move to another company and eventual move up into the ranks of editorial provided fleeting creative satisfaction, some new friends and a raise in pay, and also made me realize that, for the most part, my days of carefree playtime were over. Looking around me and observing not only my own life, the lives of my friends and the paths that we had all taken, I came to the stunning conclusion that we were now grownups. It had taken most of us until our mid-thirties, but we were fucking GROWNUPS!

Now there were partners, marriages, spouses, children, sobriety, the physical evidence of fast-waning youth, out-of-state moves, out-of-the-country moves, major surgeries, parental deaths, marital infidelities, non-life-threatening VD from adultery, divorces, layoffs and long-term bouts of unemployment, mortgages… the stuff that we witnessed our parents going through was now a part of our daily existence and waking up to that reality was a serious motherfucker.

As I face the acceptance of my actual status as a card-carrying grownup I realize that I never could have predicted the twists of fate that have brought me and my extended family to where we are now. Our group was once so close-knit that we could easily have been confused with some drunken, promiscuous cult with nearly all of its core members located within the five boroughs, but mostly within walking-distance of each other in Brooklyn. Little was done without all of the family involved and the oft-repeated tales of our glory days in college have become so ingrained into our insular culture that they are known by rote even to those who joined the collective hive-mind when our days in the ivy-covered walls of higher learning were long past. No one could have imagined this familiar community someday scattering to the four winds, but that is exactly what has happened over the past six years or so. Fortunately it doesn’t bother me to lose my friends to the daily realities of grownup concerns since many of them married well, I like most of their spouses, and all of those who have children have stepped up to plate and proven to be quite good parents, some of whom are downright spectacular at it. I’m just pleased to see that the majority of them are happy.

Currently only four members of the core group remain within the Manhattan/Brooklyn area, and since one of us is recently married he and his spouse have begun house hunting in upstate New York. Many of our number have ended up in the charming hamlet of New Paltz, New York, a two-hour bus ride from Manhattan, with abundant quiet and real estate prices of a far more affordable nature than anything to be found in the Big Apple. For the money that one of the New Paltz-dwelling ex-pats shelled out for a stunning house with lush property, one could barely afford to own a one-bedroom apartment in my neighborhood, so I don’t blame those who fled North one bit. In fact, I plan on ending up there myself whenever my fortunes reverse and I can afford to pack up and leave. My other goals are finding steady employment and hooking up with a long-term girlfriend; poverty and loneliness are a bad combo, and despite the availability of loneliness-relieving sex I am holding out for something hopefully deeper than that. My summer fling was quite fun, though...

While I still go out on the weekends, the nights of Viking-style partying and sleeping with equally horny women who I cared for as little more than a means to an orgasmic end are over; I look back on my romantic adventures and with the notable exceptions of six women who immediately spring to mind I would happily trade all of my sexual encounters for time spent catching up on my reading or sitting through classic movies that I haven’t seen. We all change and grow with age and right now my priority requirements from any woman I get involved with are a sense of humor, a love of food since I live to cook, the ability to tolerate my taste in movies and music, and most important of all, she must not be unstable. I am famous for hooking up with unstable women who range from painfully needy and insecure to outright loonies who are dangerous to themselves and others, and that is an ongoing pattern that must change.

Sooner or later I’ll enjoy the perks of grownupness that my more together friends have found, and then I’ll finally be able to close the door on my misspent-yet-fun youth and get on with my destiny of becoming the local bizarre-yet-cool old codger. Hopefully with a fun, sweet mate and an income that will allow us to support a gaggle of little Bunchelings; hopefully all little monster-lovin’ metalhead girls who I can dress like little punker princesses and teach the lyrics to “I Wanna Piss On You” and other like classics. Ah, bliss.
Posted by Bunche (pop culture ronin) at Wednesday, October 06, 2004

i used to attract/be attracted to unbalanced women as well but i realized after a while that it was due to my own sense of self. creative types tend to think on the edge so who else are we likely to meet? Others on the edge.