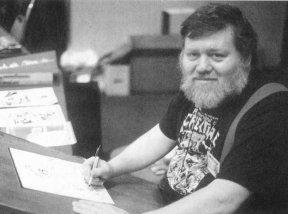 One of the key visionairies of 1970's comics, Dave Cockrum, passed away in his sleep yesterday after a long battle with diabetic complications.

I first saw the guy's work in an issue of SUPERBOY back in 1973, an issue that also introduced me to the Legion of Super-Heroes, a feature that had seen a stretch of creative bankruptcy that Cockrum's vibrant artwork helped turn around. In no time at all his stunning visuals allowed the Legion to take over the book, relegating Superboy to supporting character status, but that was okay; Cockrum's run on the Legion, with gorgeous inks by Murphy Anderson, was just the kick in the ass that the series needed, but his run was all-too-brief. He left DC Comics for Marvel, and took the artistic reigns on a revival of the X-Men. Never a huge seller, UNCANNY X-MEN had been cancelled and reinstated as a reprint book when writer Len Wein took a shot at breathing new life into the existing "core" team of mutants by integrating them with newer, international characters to spice things up.

Wein and Cockrum didn't know it, but their collaboration would change the face of American superhero comics for all time by presenting the world with the "new" X-Men in 1975 with GIANT-SIZE X-MEN #1. 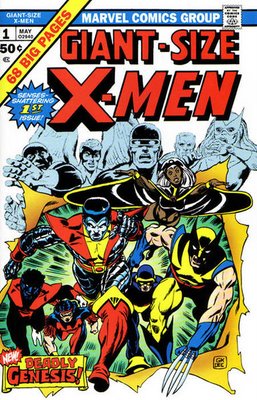 The success of the relaunch built momentum slowly, but within about three years this new take on the X-Men had generated a huge cult following, a devoted fan base that only grew when Cockrum left the series, spawning a mutant media empire that's kicked ass for three decades and shows no sign of slowing down.

Perhaps Cockrum's greatest strength was his flair for designing really cool costumes, especially for his female characters. He created the flamboyant visual for Nightcrawler as a Legion of Super-Heroes member, but saved for Marvel, a wise move since the Legion had a surplus of visually bizarre folk running about, and Nightcrawler was a mutant whose physical differences made him stand out to such a degree that he'd never be accepted by "normal" society. This swashbuckling Tuetonic goblin went on top become one of the most beloved of Marvel's stable of mutants, especially among female readers. 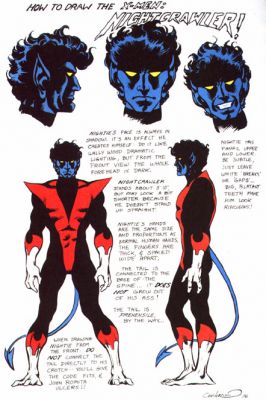 But my heart holds a very dear spot for Storm, the African weather-goddess. Sexy like nobody's business and powerful as hell to boot, no one has ever drawn her as well since Cockrum, especially because he rendered her face with an eerie, feline beauty that no other artist has even attempted to emulate. I also think her outfit is a triumph in super-heroine couture, especially the black leather cape/wings that attache to her wrists, and that one design element that instantly lets you know that Cockrum's been there: thigh boots. 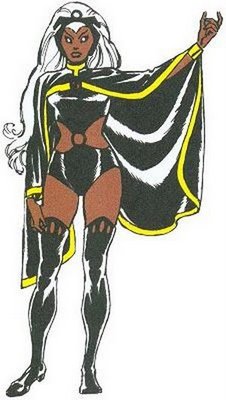 The thigh boots returned with a vengeance when Dave came up with Jean Gray's classic Phoenix gear, only this time with liquid metal for the gold bits. Gaw-Juss!!! 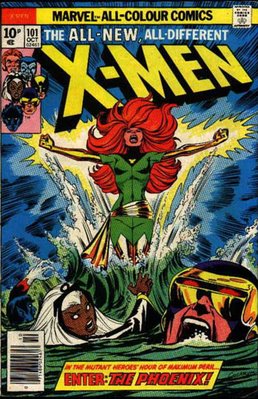 And just look at Storm in flight; she looks as at home in the air as an eagle, and you can really sense a feeling of movement in this illustration: 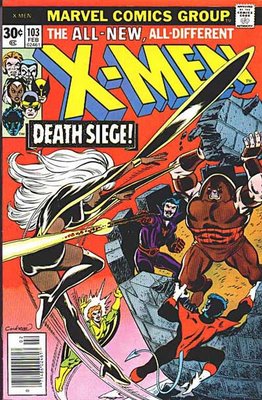 So dig out your X-MEN reprints and spare a kind memory for Dave. Rest well, dude. 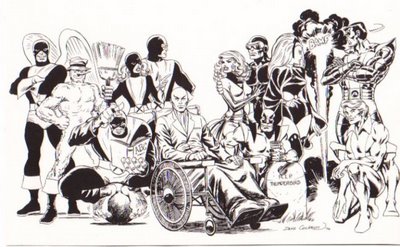 Oh my God! When did Dave die? He was a member of my model club in Brooklyn years ago. That was when I met him. He also drew my avatar. That was back in 1989. Oh, this is terrible news!