70 YEARS OF THE WOLFMAN 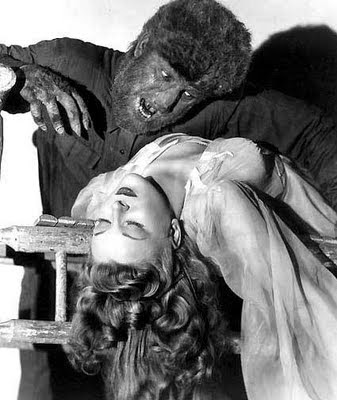 Today marks the seventieth anniversary of the release if THE WOLF MAN, perhaps the seminal werewolf film and the movie from which most of the general public's knowledge of lupine lycanthropes is garnered. One of the very best of Universal's classic cycle of horror films from the 1930's and 1940's, this tale of one innocent man's horrifying curse still has considerable tragic power despite its age and the changing styles and tastes in filmmaking. If you've never seen it, you owe it to your film education to check it out immediately. Here's the trailer:

привет! I Borislav that live in Voronezh in south of russia. I enjoi to much your blog and gratitude for good storys!!

sorry for mine english bad!