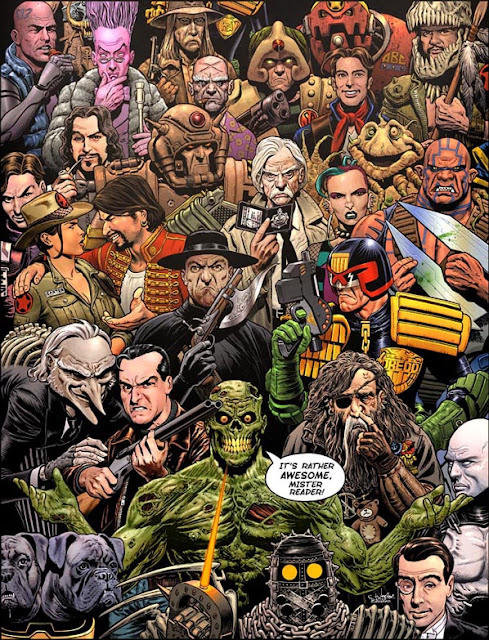 Borag Thungg, Earthlets! Today is the 35th anniversary of Britain's venerable 2000 A.D. weekly sci-fi comic, home of some of the very best comics I have ever had the distinct pleasure to read. I've written on the myriad pleasures of the magazine many times and at considerable length, so I'll let it suffice to say that it's responsible for first exposing me to the work of Alan Moore, Pat Mills, John Wagner, Carlos Ezquerra, Dave Gibbons, Mike McMahon, Kevin O'Niell, Ian Gibson, Glenn Fabry, and the kickass adventures of Judge Dredd, Johnny Alpha, Slaine, the A.B.C. Warriors, Nemesis the Warlock, Halo Jones, D.R. & Quinch, and more recently Nikolai Dante, Shakara, Gene the Hackman, Zombo... And the list just goes on and on and on. So here's to 35 more years! Splundig Vur Thrigg!

Oh, and the above is the anniversary edition's cover, drawn by my dear friend Chris Weston. Muthafukka can draw! 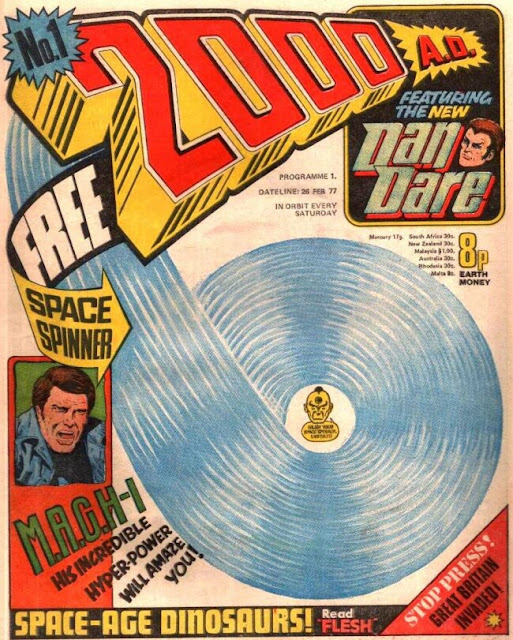 2000 A.D. Prog #1. From this humble beginning sprang some of the best comics ever created. BELIEVE IT!
Posted by Bunche (pop culture ronin) at Wednesday, February 22, 2012