Here's what I picked up this week: 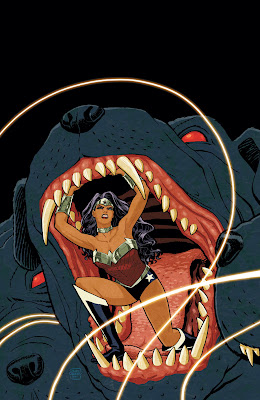 The New 52's reboot of Wonder Woman is probably my favorite of the few books from the relaunch that I've stuck with, but this latest issue features some scripting and visual storytelling that I could not make heads nor tails of, and if my life depended upon it I could not tell you exactly what happened during what was clearly meant to be the issue's big plot moment. Brian Azzarello's writing is usually quite clear in its intent but this time around, not so much. That confusion was compounded by fill-in artist Tony Akins, whose work is by no means bad, but I'm willing to bet that regular illustrator Cliff Chiang would have handled the parts I'm bitching about quite differently. Cliff's back next issue, so we'll see how it all shakes out... 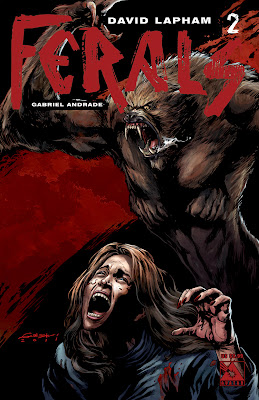 Not much more to say here other than to state that I'm very much enjoying this ultra-violent ongoing werewolf yarn. The first two issues have been mostly set-up but it's all been quite riveting and reads like a movie. I'll be on board with this one for the foreseeable future. 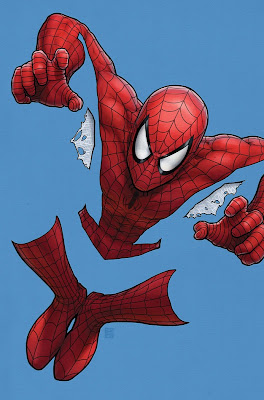 This series has been on a serious roll in the writing department for the past year or so — especially when Dan Slott's at the reigns — and the streak continues here. It's a stand-alone story featuring Peter Parker's latest misadventures at Horizon Labs, this time involving young scientific prodigy Uatu Jackson (who's a very fun character) and the mysterious scientist who's working in isolation in the facility's Lab 6, and to say more would give away the surprises. The whole package is quite good, with penciler Matthew Clark and inker Tom Palmer bringing their A-games in the wake of Humberto Ramos (whose art I have openly not enjoyed for the past decade), and this current run of Spidey's adventures is the longest I've stuck with the series in close to twenty-five years, so make of that what you will. 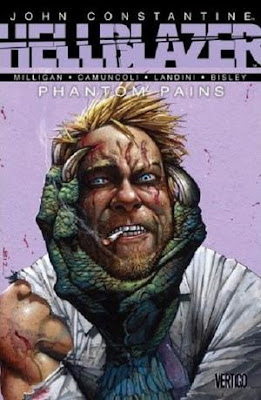 I've read HELLBLAZER since its first issue, some twenty-four years ago, and I hold its protagonist, John Constantine, as one of the most original and consistently fascinating characters in the history of the comics medium, but I no longer pick it up in monthly chapter installments. I enjoy Constantine's adventures too much to put up with the wait of a month between chapters in stories that can go on for as long as nearly a year, so as of the past three years or so I've only been reading it when its arcs are issued in collected editions that come out almost the minute a long-form story is finished. Constantine's tales are always best read in whole, coming off like the character-driven horror novels they are, and waiting for a completed story is just that much more satisfying. The current volume picks up immediately after our working class mage's marriage to mob princess (and accomplished alchemist) Epiphany Greaves and immediately thrusts the newlyweds into supernatural encounters involving magical real estate chicanery, problems with Epiphany's mobster dad, old flames, a vengeance-crazed sister and the continuing saga of ol' Johnny's missing thumb. In other words, it's life as usual for Constantine, and I wouldn't have it any other way.
Posted by Bunche (pop culture ronin) at Thursday, February 16, 2012