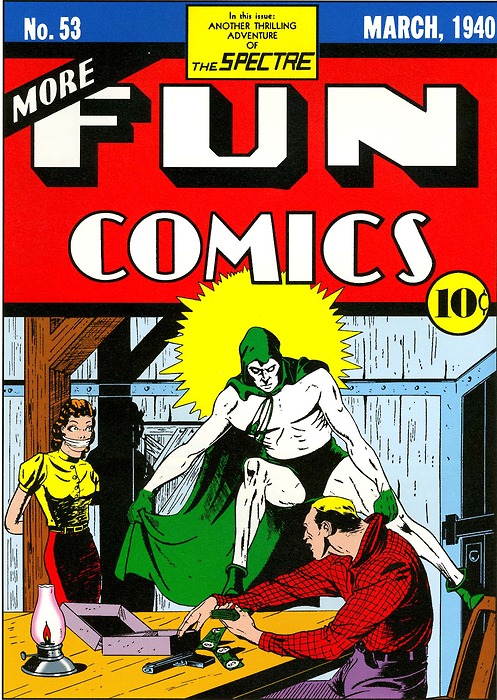 Back when comics really were "More Fun Comics"!

Who decided that <ore Fun Comics" was the place for a series about a vengeful ghost ?

The golden splotch on top of the bad guy's head could be:
A. A reflection from the golden aura cast in back of our hero.
B. The villain's ill-conceived, badly executed hairpiece.
C. A generous portion of The Spectre's love juice.

Anyone care to speculate?

Always thought the Spectre was the lamest of the all-powerful supernatural characters. Probably because the green costume was so utterly goofy.

Who cares if you're nearly omnipotent if you're wearing cheezy-ass Robin Hood shoes in green?

Not to mention Hal Jordan's stint in the job. Sad.

Что нового? I have frend live in the unites states tell me this funny! thank! again you make strong blog!