ANNE RICE, AUTHOR AND CREATOR OF THE VAMPIRE LESTAT, DEAD AT AGE 80 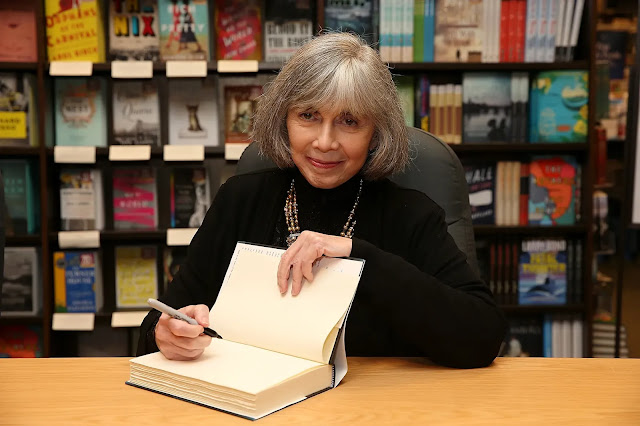 Anne Rice, the author who redefined the vampire for the late 20th century and beyond, has left us.
Though I enjoyed some of her vampire books, starting with INTERVIEW WITH THE VAMPIRE, which I first read when I was 16, I never became as rabid for them as many did, as the series kept churning out novels that stretched the series world and central characters well past the breaking point. If you ask me, just stick with the first three — INTERVIEW WITH THE VAMPIRE, THE VAMPIRE LESTAT, and THE QUEEN OF THE DAMNED — and the first of her Sleeping Beauty erotica, THE CLAIMING OF SLEEPING BEAUTY. That latter stuff will shock the readers of her vampire books, as they are replete with hardcore sex scenes, much of iot involving buggery, and in one memorable instance we get a young boy anally pleasuring himself via a large stone phallus that's part of a castle's decor. THE CLAIMING OF SLEEPING BEAUTY was so filthy, I laughed my ass of while reading it. Such a shift in author's content and tone was impressive.
Requiscat en pace, o weaver of dark populist potboilers.
Posted by Bunche (pop culture ronin) at Sunday, December 12, 2021