I'm a big fan of the TV series GAME OF THRONES and also of the series of novels upon which it is based, and so are millions of people worldwide because the entire franchise is a money-making juggernaut. Thus, with that level of popularity in place, it was only a matter of time before some enterprising pornographer lensed a tenderloin version of George R.R. Martin's intrigue-laden tales of the royal families of the land of Westeros. I'm just glad to see that the makers of this uglies-a-bumpin' parody opted for an old school cheesy title and not another instance of prefacing the source title with "This Ain't" or adding a "XXX" at the end. And extra points for the pornification of the Stark family's motto. Come to think of it, will the Stark's be renamed as "Stark-Naked?" And who is that supposed to be, seated upon the Iron Throne? I've read all the books and seen the entire run of the TV series and thus I recognize all of the other characters, so who is she? 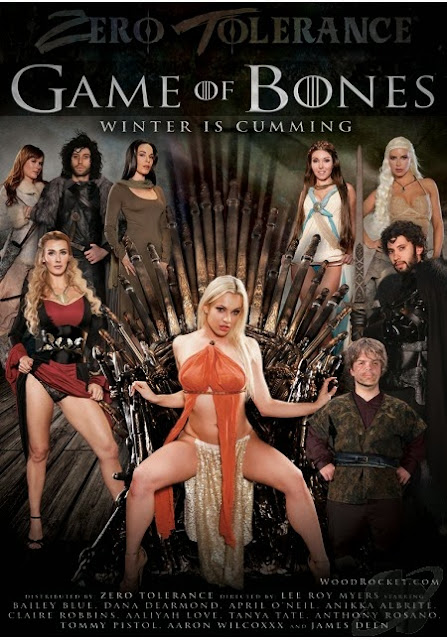 Please tell me you saw this parody trailer for Game of Thrones: https://www.youtube.com/watch?v=5Krz-dyD-UQ

If anyone would get a kick out of it, it's you.