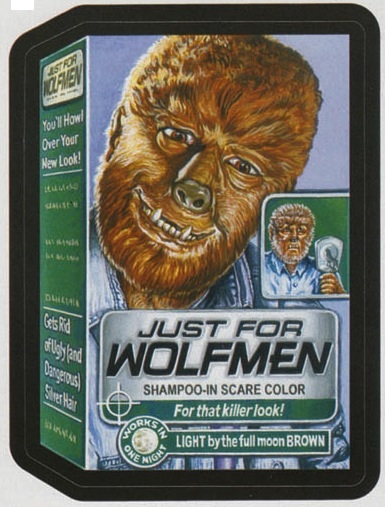 I would like to wish each and every one of you a happy Halloween, which I know will be hard for some of you to have in the wake of Hurricane Sandy. I live in Brooklyn's Park Slope neighborhood and the area was beyond fortunate when it came to the damages wrought by the storm, receiving little more than a few downed branches and a few medium-sized trees toppling over to block traffic until cleared away by either the locals or city-deployed cleanup crews. The same cannot be said for several other areas in the NYC area and the rest of the East Coast, as communities rally together to deal with massive flooding, storm damage, the shutdown of public transportation due to flooding, loss of electrical power that threatens to last for a week or more in some cases (the footage of the exploding Con Edison plant on Manhattan's Lower East Side was jaw-dropping), the unscrupulous no-class actions of looters (Hello, Coney Island), and worst of all, the loss of homes and lives. With all of that dire shit going on it's no surprise that the fact that today is Halloween has been completely overshadowed and/or outright forgotten, and damned near every form of celebration of the day here in NYC has been cancelled or pushed back by several days, which makes total sense. You know things are bad when the city cancels the famous NYC Halloween Parade in the West Village and no one objects...

With all of this in mind, I was sitting here in the Vault as fire engine, police car, and ambulance sirens wail while racing to deal with whatever catastrophes crop up on what seems like a half-hourly basis, and the fact that this has to be the saddest Halloween ever just hit me in the face like I was on the receiving end the Michael Palin part in Monty Python's Fish-Slapping Dance. I refuse to just sit here and take the shutdown of the season like I was the new kid in the shower at the juvenile detention hall! I'm gonna strap on my ram's horns and wander around my neighborhood in search of anyone else who has chosen to defy the understandable and utterly legitimate gloom of the East Coast Halloween of 2012, that's what I'm gonna do! I expect the results to be sparse, provided I run into anyone else in any sort of costume at all, but I must at least try.

So have a happy Halloween to the best of your ability, and let's make sure that next year's season of (fun) dread rocks like a motherfucker.

Sir Bunche, I wish you great luck in your revels this All Hallows' Eve! I applaud your refusal to go gentle into this good night and hope you find others to share some fun. I know this has been a rough year for you good sir so I hope the spirits of this night find and bring you joy!