No lie, one of the movies that changed my life.
Today marks the fiftieth anniversary of the general release of PINK FLAMINGOS, the third feature by legendary groundbraking writer/director John Waters, and I shared it at a screening at my friend Lexi's place. Including myself, there were eight attendees, three of whom had not seen the film. I was somewhat disappointed to see the reaction of the newbs, which was far more reserved than I would have thought. Too bad they did not see it before years of being able to watch any kind of filth imaginable fro the privacy of a laptop. Anyway, when I asked "Well?" at the end, Charlie, the hostess's little brother, simply said "Of all the films I have seen, this one of them." 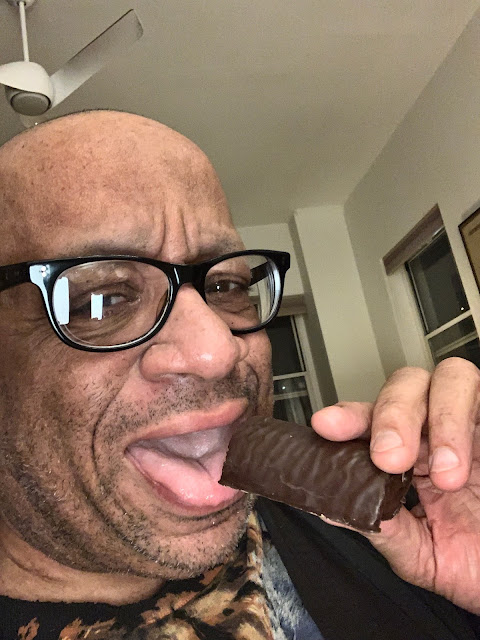 Consuming a chocolate Ho-Ho, in honor of the film's legendary ending.
The classic ending.
Posted by Bunche (pop culture ronin) at Saturday, April 02, 2022