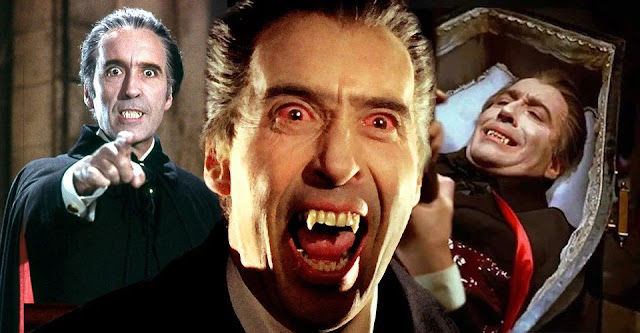 Christopher Lee as Count Dracula: a standard of excellence trapped in a steadily deteriorating franchise.

So, I finally made my way through all of the Hammer Draculas and, overall, I am not impressed.

Now that I have seen all of them, the only things I felt they had going for them was Lee and Cushing — provided they were present — and roughly four good entries out of a total of nine films (with one bad one that's fun in spite of its considerably idiocy). If anything, the run is wildly overrated, which may be a reflection of the era in which they were released. And as they go on it's sad to witness, because Lee very obviously didn't want to be involved, but the studio more or less blackmailed him into participating by making it plain that people would lose employment if he didn't play ball. As franchises within a franchise go, the Hammer Frankenstein's are far superior.

I will expand on this in detail with this year's round of 31 DAYS OF HORROR Halloween horror movie essays.