ON WEATHERING THE HORRORS OF NYC LIVING 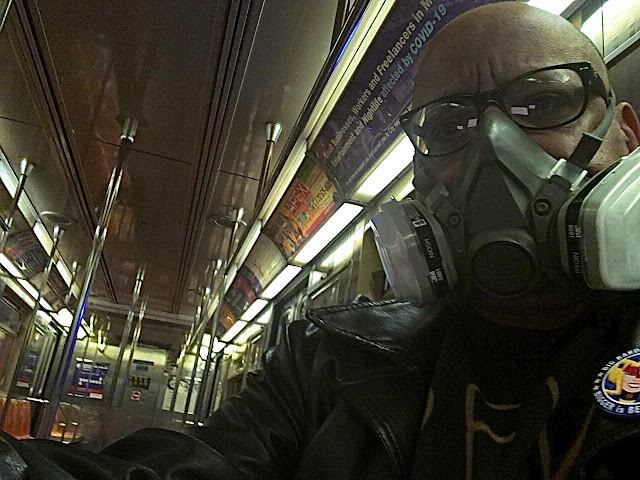 While I was ruminating on this morning's subway horrors — a mass shooting on the train, a mere four stations south of the one at the end of my block — several friends contacted me to see if I had been anywhere near the incident and find out if I was safe. (I was bundled up in bed when it all went down.) While responding to one of them, this is what I told her:

The crazy thing about NYC living is that once you have been here for as long as I have, it's kind of like being an animal in a jungle. You just go on about your business, fully accepting of the fact that someday, with zero warning, your number may be up. It's kind of like adopting a zen readiness for death, so one has no fear should it come, and one just soldiers on until one can no longer do so. It's kind of freeing, really, and I have that way of thinking deeply ingrained into me after 32 years in Brooklyn and Manhattan. Believe me, it has come in handy many times, most notably on the day of 9/11, which speaks for itself.