YET ANOTHER OBSERVATION ON THE TEN COMMANDMENTS (1956) 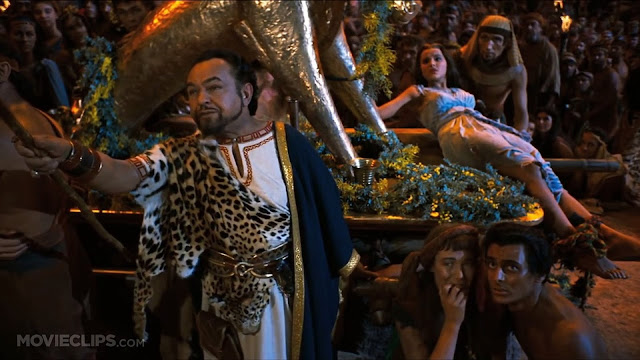 First she gets conscripted as a sex slave/flagellation victim by Egyptian master builder Baka, then when he's killed by Moses she ends up as the property/sex slave of scumbag Dathan (Edward G. Robinson) for several years, and finally, once the Jews make their way out of Egypt and she is reunited with her true love, Joshua the stone cutter (John Derek), she is ordered by Dathan to be tied down on the altar of the golden calf as a human sacrifice the minute Moses fucks off up the mountain to receive the titular laws from Gawd and the Jews suddenly throw a wild party/orgy that apparently includes every form of wickedness and perversion known to man. She gets saved from that sorry fate at the last possible second, but the poor girl simply could not catch a break during the movie's 3 hour and 40 minute running time.